SEPTEMBER 17, 2019. Those who do not follow the sporting facet of jiu-jitsu may be unfamiliar with the name Thalison Soares, those that do follow BJJ will know Soares as one of the most talented competitors of his generation.

After conquering the IBJJF (International Brazilian Jiu-Jitsu Federation) Grand Slam for 3 consecutive years in the colored belt divisions – meaning, gold medals on all 4 main events of the sport’s international circuit, Thalison was finally promoted to black belt (2019) where he earned immediate “seeded” status.

From the time when he emerged as one of grappling’s top talent, Thalison has always proved to be a special athlete in his approach to the grappling game, and yet again he continues on that same path with his most recent decision of moving to Australia’s sandy Gold Coast, Queensland. 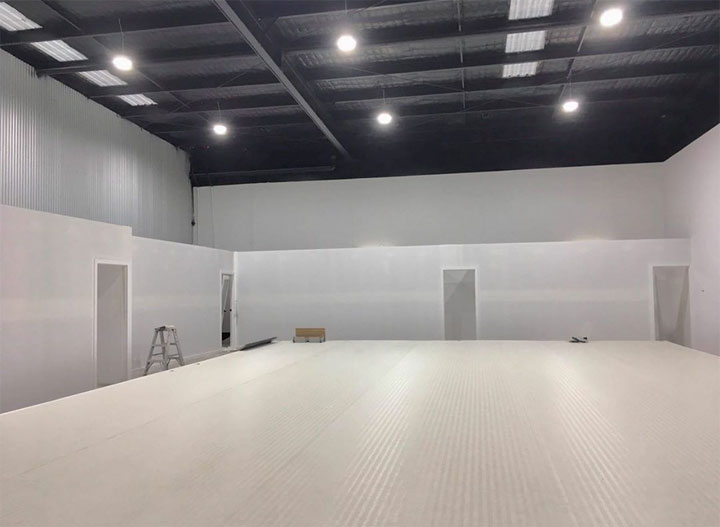 A glimpse in Thalison’s WeRoll Gym in Gold Coast, AUS.

Most athletes in their early 20s choose to focus on being close to the biggest jiu-jitsu stables, meaning San Diego, California; New York, New York or São Paulo, Brazil. Thalison chose to move to Australia, far away from the grappling buzz to establish his own brand on a clean slate. “The decision was easy,” Soares told BJJ Heroes, “I visited a few times, spent some time here before and loved it from the very first time. The country impressed me“.

Thalison’s new Gold Coast jiu-jitsu academy – Weroll, opening very soon, will clear the way for an army of grappling killers, namely Soares’ teammates, who will be running regular trips to train with the young phenom in Queensland. “Diego Pato is coming to live with me,” Soares said, “Levi [Jones-Leary – Thalison’s Unity team mate] is Australian and spreads his time between her and Unity [NYC]. Ariel Tabak is coming to train full-time here also, as will Robert Oda” a dream team set on the Queensland horizon. But the list continued to roll “The Miyaos will come and spend some time here with me. Other colored belts like Thalys, John Lima, Coco Izzy who live here also will complete the training“.

The idea, according to Soares, is to keep competing in the top international tournaments, “The NoGi Worlds is the next one” said Thalison, who will continue to represent the Unity-Cicero Costha coalition on an international stage.

Who Brought The Biggest Army? Most Represented Countries At The Euros