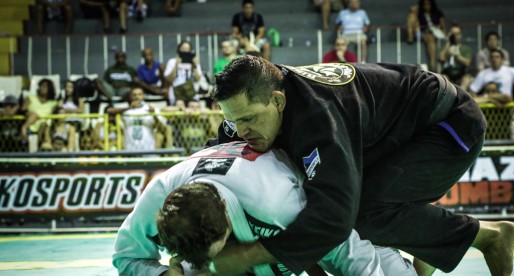 Saulo Ribeiro is a 5x Brazilian jiu jitsu World Champion and one of the greatest BJJ fighters to have ever competed in the sport. A black belt in both judo and Brazilian jiu jitsu, Saulo Ribeiro has won the ADCC (the most important submission wrestling tournament in the World) on two occasions forming together with his younger brother Alexandre Ribeiro one of the most accomplished families in the sport. Alexandre “Xande” Ribeiro is a 6x world Jiu Jitsu champion from the Ribeiro Jiu Jitsu camp. Having been taught by some of the best coaches such as Royler Gracie and Vini Aieta as well as Xande’s own brother, the legendary Saulo Ribeiro. Xande Ribeiro (who is ranked #1 on BJJ Heroes’ Top 10 BJJ Fighters of All Time) also joined MMA in 2008 premiering in Japan’s organization Sengoku.