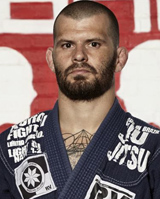 BJJ Heroes is a website built for the Brazilian jiu-jitsu enthusiast by a BJJ fan. I started training in December 1999 having received my black belt in February of 2011. After many years of selfishly reaping the wonderful benefits of jiu-jitsu, I decided to stop my procrastination and attempt to give something meaningful back to a community that had given me so much, thus starting this site on January 2010.

I wanted also to give a big shout out to Hugo Miranda for all his contribuition to the website as a researcher and content provider, as well as Isaac Moncho for the invaluable technical knowledge/support, and of course Hillary Williams, Carlos Vieira, Tony Gurnick (Big T), Andre “Negao”, Gabriel Rainho, and Roberto Atalla for all the help they have provided at the start of this endeavor, placing themselves as the link between me and some of the legends here represented.