In the context of the sport/martial art of Brazilian jiu jitsu the Crab Ride is a type of control, often regarded as an intermediate position in a grappling exchange, through which an attacker will make use of “hooks” (bend of the foot) behind the knees of his opponent, elevating those to expose the adversary’s back, or as a way to achieve top position while opening a variety of guard passes. In this same reference, the Crab Ride is used as a follow-up to a De La Riva Guard or Double Guard Pull with the origin of the maneuver coming from an old freestyle wrestling position which bares the same name and similar mechanics.

The Crab Ride in Wrestling

The wrestling Crab Ride is an old position of origin unknown which occurs from a “top riding” situation. In it the rider is sitting/laying behind his opponent who himself would be usually in a “sit-out” position. The aggressor/enforcer of the movement will have his leg(s) hooked behind the opponent’s knee(s) this way creating control of the hips and legs, following that with a series of upper body controls. Below is a photo taken by The Mats Slap in which you can understand the design of the position. 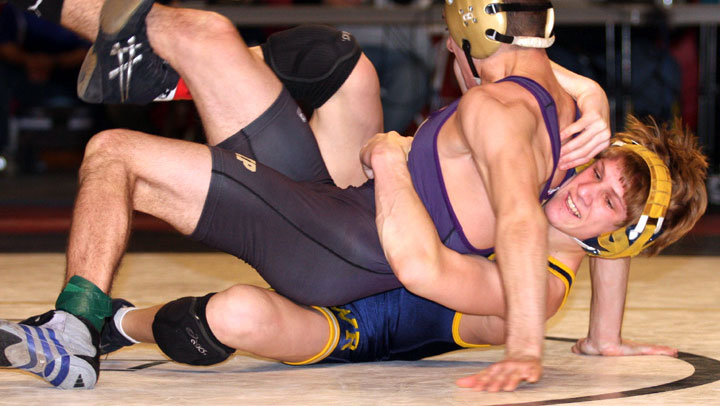 This type of Wrestling Crab Ride is not uncommon to jiu jitsu’s sporting environment, a position made famous through the historic match between Ricco Rodriguez and Marcelo Garcia at the 2005 ADCC open weight division – performed in that instance from a standing position

In the sport of Brazilian jiu jitsu the new version Crab Ride, which occurs from a guard playing stance, is relatively new. The first semblance of of the position we could find dated back to September 2011, and that was during the ADCC finals match that year, in Nottingham – England between Rafael Mendes and Rubens Charles (Cobrinha), an unsuccessful attempt started by Rafa from the 50-50 Guard.

The modern day BJJ Crab Ride, meaning, a follow up to the basic back taking combo: De La Riva Guard to Baby Bolo, would only be witnessed for the first time (as far as we could assess) at the 2012 International Brazilian Jiu Jitsu Federation (IBJJF) World Jiu Jitsu Championship, and once again by way of Rafael Mendes.

Rafael’s first victim back in early June 2012 was Japanese featherweight Takayuki Koyama of Fukuzumi Jiu-Jitsu, but many would follow. In the months that passed with more athletes from the new generation of lightweights adopting this unconventional maneuver, the mats became a brainstorming environment for new ideas and setups that perfected the position. Among these top performing innovators were names such as Gianni Grippo, João Miyao, Paulo Miyao, as well as Mikey Musumeci.