Over the past few years, no jiu-jisu lifestyle shows have had more success than FloGrappling’s Daisy Fresh, a docuseries produced by the well-known online streaming platform that follows the members of Heath Pedigo‘s grappling Academy (Pedigo Submission Fighting), a gym located in Mount Vernon, Illinois, United States, as they battle their way out of anonymity an on to worldwide notoriety in the sport’s international circuit.

Not only carried by the team’s athletes’ charisma and talent, one of the show’s big draws is its raw depiction of their lifestyles. The living arrangements of someone who came from a lower social strata and dove, head first, into a grappling career for the love of the sport, with no safety nets or a Plan B. Living their lives at the – laundromat turned gym – Daisy Fresh, sleeping on the gym’s mats with Thai pads for pillows, among other “perks” of the trade.

The lives at the Daisy Fresh contrast greatly with the more glamorous arrangements of other well-known pro-teams such as the Danaher Death Squad or the Dream Art Project, but what many fans of our sport may not realize, is that the Daisy Fresh lifestyle has been an integral part of jiu-jitsu for quite some time, and many of today’s grappling stars have walked similar hardened roads.

One of the first workgroups of “mat-rats” we can remember in the modern era of jiu-jitsu was that of Fernando Tererê and his TT team in São Paulo, Brazil, during the early 2000s. A small gathering of competitors consisting of Fernando Tererê, André Galvão, Rafael Rosendo, Rubens Charles “Cobrinha”, and Jhonattan “Pé de Bolo”, all of which lived in very underwhelming conditions but became big names of our sport.

Following the plight of a working-class BJJ hero, in this article we will shine some light on another important academy that pioneered this way of living at a larger scale and, arguably, the first of the mat-rats to become a super-power in the sport of jiu-jitsu, Team Cicero Costha, whose head instructor, Cícero, has been responsible for developing names such as Leandro Lo, the Miyao Brothers, Yago Souza, Hiago George, Nathiely de Jesus, Manuel Ribamar, Diego Pato, and many, many more. 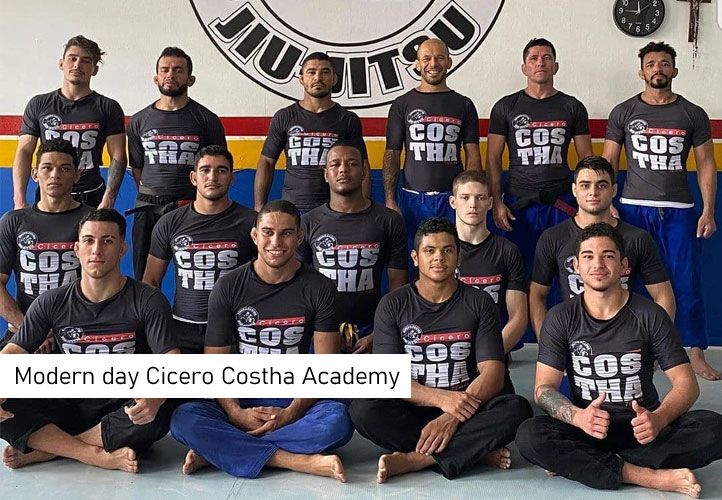 The team started from scratch in a “bare-bones” style gym in the São Paulo area. This same minimal approach to training has been one of the trademarks of this squad from the get-go and still persists today. Coach Cícero’s mantra is all about creating an environment where drilling, hard sparring, and a strong mindset are just about everything an athlete needs to become a champion.

This gym living culture grew naturally in the São Paulo based team 14 to 15 years ago according to Master Cícero. At first with a less than a handful of teenage students who wanted to dedicate themselves fully to jiu-jitsu but lacked the funds to maintain this lifestyle. With great potential for the sport, these young men came from impoverished families and, therefore, could not afford to pursue jiu-jitsu as a career path. In came Costha who allowed them to sleep at the gym and contributed for their food and tournament fees. The concept behind the formula was not simply altruistic. Costha was just starting his own academy and wanted to build a competition team that would raise his banner high in the local circuit, hoping that this would bring new members to his doorstep. A long-term plan that certainly worked out for the charismatic instructor.

Team Cicero Costha back in 2012

The selection protocol, in the beginning, was nearly nonexistent. At the end of the day, only mad people would want to live in those circumstances, and mad (about jiu-jitsu) was exactly who Costha was looking for.

One of the stories Cícero told BJJ Heroes about his early selection process was that of his student Manuel Ribamar, today a black belt IBJJF World No-Gi and European Open Champion. The two met when Cícero visited Manaus (Riba’s hometown) for a workshop many years ago.

While in the state of Amazonas, Costha’s lodger happened to be Ribamar’s uncle, who intervened on his nephew’s behalf, asking the coach to give Manuel a chance. Cícero knew very little to nothing about Riba but accepted him into the team nonetheless. If a young teenager was willing to leave his family and comfort behind to live in a gym full of strangers just so he could have a shot at becoming the best at jiu-jitsu, he had the right attitude.

As the competition team grew over the span of 5 years to 60 athletes living on the mats, simple gym chores became increasingly hard to maintain. “Controlling the crew became near impossible,” Cícero said of the time, “they were too messy. This was a gym, after all, we had clients and couldn’t afford to have a filthy gym“. 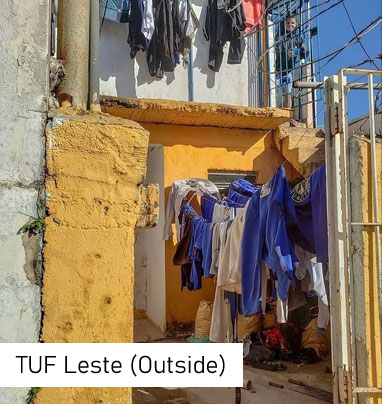 The solution was to relocate a few of the athletes to a fighter-house, a process that led to the inauguration of TUF Leste, a house founded by Costha at a favela in Jardim Helena, on the Eastern Side of São Paulo. The nickname “Casa TUF” (TUF House) was a jovial way the students found of comparing their humble living arrangements with those seen in the long-running The Ultimate Fighter (TUF) Tv show, where mixed martial arts fighters lived isolated from society, focussing solely on training in a luxurious Las Vegas mansion.

Although far from Cícero’s gym, the house had a 50 sq meter (538 sq feet) mat where all could train, day-in, day-out, with food being delivered at their doorstep. The requirement asked by coach Cícero was that every member did at least 3 training sessions per day (approximately 6-hours).

As the team continued to grow, Master Cícero rented another house, this time closer to his gym, in the Ipiranga neighborhood. The two houses became known as TUF Leste (East Side TUF) and TUF Ipiranga. At a later stage, Costha added another fighter house in Sacomã, SP, where he logged the female athletes of the group.

Although many have taken shelter at the TUF houses and trained at the academy’s training room, not as many have been able to sustain the harsh training and living conditions for extended periods. Many of those who did, however, have come to belong to the elite of grappling. 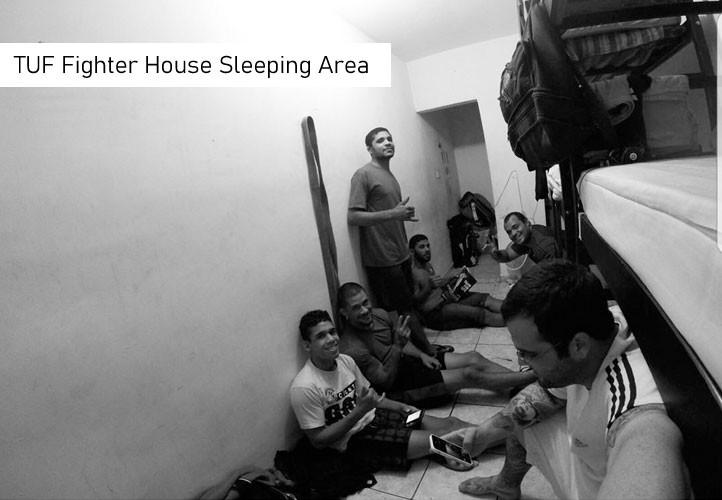 On the list of Cícero’s current and former students, you will find names such as:

A truly extensive list of achievers, with many more missing to save you the lengthy read.

As the team became more popular and places in the team’s scholarship squad became less available due to the high demand, the need for a more serious selection process became a reality. Currently, the likelihood that a white belt beginner will be accepted in the pro-team is flimsy at best, but the workgroup keeps growing and producing top talent every year. “Quality over quantity” is Cícero’s current motto, and it seems to be working.

In 2018 Cicero Costha entered the IBJJF European Open with a little over 20 students and came out with the team trophy, beating many teams who arrived at the tournament with over 250 athletes. Team Cícero repeated the deed in 2020. These were the first major international wins for the São Paulo team, prior to that, in 2017, the squad earned its first Brazilian National team title (2017) after several 2nd Place podium placements.

With such long-running success, many in Cícero’s long list of competitors have now overcome the colored belt hurdles and became successful black belts. A few have gone to form their own teams or represent other squads for financial reasons. At a glance, and after talking to Costha about these inevitable dynamics, it appears as though the veteran Master is perfectly content with seeing his former students shine somewhere else. This is, after all, what he loves to do, pick up a young aspiring athlete and turn him/her into a champion, like a father watching his offspring conquer the world.