Alexander Trans, To Hell And Back

From 2012 to 2018, Danish grappler Alexander Tráns was widely regarded as the cream of the crop of jiu-jitsu. A 3x European Open champion in the adult, black belt division, the ultra-heavyweight athlete also conquered Pan-American and Brazilian National titles as well as World Championship, and Abu Dhabi World Pro medals to name a few major achievements.

In head-to-head clashes, Tráns’ record is no less impressive with victories over legends such as Roberto Cyborg, Keenan Cornelius, Yuri Simões, Jackson Sousa, Rodrigo Cavaca, Braulio Estima, to name a few. A genuine Viking talent and by far the most accomplished gi competitor produced in Scandinavia. All these accomplishments made it all the more tragic when Tráns’ career abruptly came to a halt, at the hight of his physical prime.

The last time Alexander entered a competitive arena was in a glorious night for the Dane, who conquered a stacked King Of Mats tournament in Abu Dhabi during April 2018. From then Tráns’ competitive dreams turned into nightmares as told by Alexander to BJJ Heroes in an interview conducted in August 2020:

“I hurt my knee back in 2015 at Worlds and had to drop out of the absolute final. I had my ACL and meniscus done that year, but I knew that I had more ligament damage that likely required surgery as well. I kept having issues with knee instability,” the GF Team ultra-heavyweight explained. “I had scheduled a surgery already booked with a surgeon in Rio de Janeiro where I was living at the time, prior to competing in Abu Dhabi [for KOM]” Tráns said. Here lied the crux of the grappler’s problems, the choice of surgeon: “Somehow the surgeon convinced me to have another ACL reconstruction without addressing the other ligaments I had an issue with, and he ended up placing it in a wrong position. This made it impossible for me to even walk normally.” 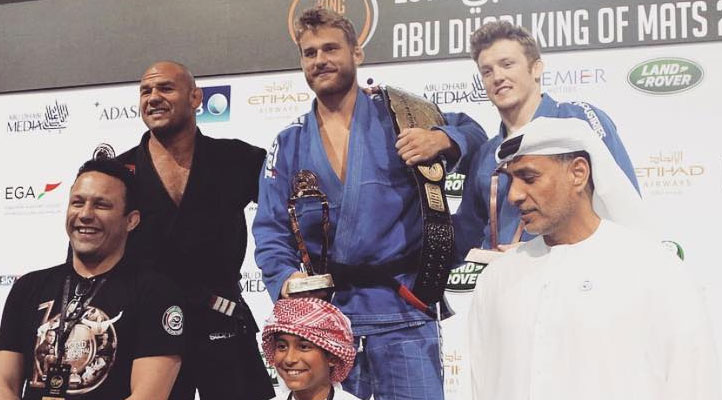 The saga of Tráns’ knee continued in Denmark, as the doctors there did not catch the mistake made by the Brazilian surgeon in Rio when they reconstructed three other ligaments in Alex’s knee.

These issues dragged for several months until Alexander was forced to take matters into his own hands: “No one really understood what the problem was, so I ended up having to research on my own, reading through advanced medical articles on knee surgery techniques, to try and figure out what the problem could be. I had this theory that because the surgeon in Rio misdiagnosed the posterior sag in my knee as being an anterior sag, he had placed the ACL graft at an angle that was too steep, which turned out to be the case. I ended up doing a few surgeries to fix the problem, and spent about a year and a half where I was in a lot of pain and even just walking around the house was a battle.”

After dealing with so many negative physical issues and being away from the mats for over two years, Alexander was not in a good place mentally. That all changed with the birth of his son, John. The baby boy gave Tráns a much-needed boost: “having a son gave me a purpose in life and motivated me to get better so I could give him the best life possible,” Alexander explained. This led the former European and Pan Champion back to the mat, and to his new jiu-jitsu project, an academy which will open its doors very soon in Plano, Texas. The gym’s name: Progresso Jiu-Jitsu.

Being a big fan of gym life, Tráns always dreamt of opening his own gym: “To me, competition is just a small part of Jiu-Jitsu,” Alexander explained, “I enjoy being in the academy teaching and training with my friends even more. I really enjoy discovering new techniques and ways to deal with different situations on the mat, and I love helping others to do the same. That, and the friendships we make in the academy, I think that’s the most important thing.”

This ideal view of a grappling gym’s dynamics was the concept behind Alex’s new home. “That’s what I want to create here at Progresso Jiu-Jitsu, a place where people look forward to visiting and where they feel at home. That’s the type of environment I enjoy being in, and to me, that’ll always be more important than having a big school with a lot of students.”

“Our school will be a GF Team affiliate, so our plan is to bring people from the team in Brazil for camps and seminars, I think it’ll be great for our students to have those experiences and to have that feeling of being a part of a team.”

The good news does not stop here. Alexander’s plans will also include a return to action: “I plan on being ready to start competing again sometime next year, right now I’m focusing on getting the academy ready to open in September. The academy will be my main focus from now on, but I’ll be training with my students every day, and I believe I’ll still be able to compete myself as well. I think it can be a great way to motivate and inspire your students,” said Tráns who has been back to training since July.

LESSONS TO TAKE AWAY 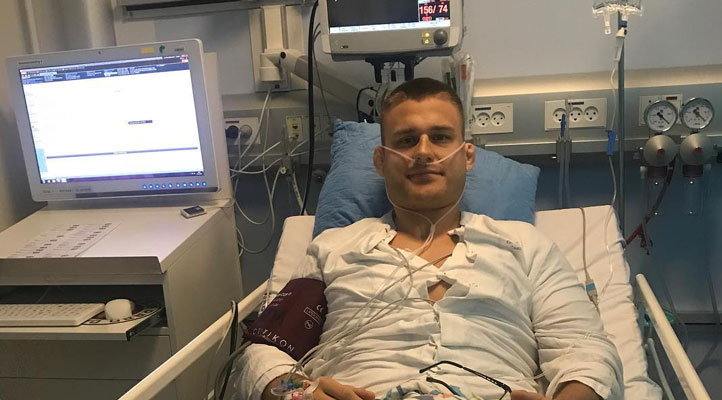 Having gone through his injury ordeal, Tráns believes there is a message here to be learned by other athletes dealing with injuries: “I think the biggest lesson from my story is that you should listen to your body and respect its limits,” Alex explained. “If you get injured you should have it checked right away and research to find a qualified professional if you end up needing surgery. When I hurt my knee back in 2015, I had hurt it 6 months before, but I just kept training. If I would’ve done physiotherapy and let it heal, I maybe wouldn’t have ended up needing surgery.”

These last couple of years also led the Dane to a newfound appreciation for life, “I think I learned a lot from the experience, like being grateful for little things that we don’t pay much attention to in your day-to-day. I feel very blessed to be able to walk my dog again and to run around playing with my son. And of course to be able to train Jiu-Jitsu which is amazing!”