How Sports Psychology Can Improve Mat Performance, With Zofia Szawernowska

In a relatively young, testosterone-driven sport such as jiu-jitsu, new training methodologies that deviate from the old “Go Hard Or Go Home” narrative are not always welcome with open arms. If those have a more introspective undertone and the word “Psychology” in them, then the pushback tends to be met with extra resistance. These barriers, however, are being slowly dilapidated by one of Poland’s foremost brown belts, Zofia Szawernowska.

Although the daughter of a martial artist and kung-fu instructor, Zofia was not allowed to practice any combat sports during her childhood and teens as these were deemed “unfit for girls” by her family. Instead, Szawernowska turned to horse riding and tennis during her formative years. Although blocked from training any fighting sports, Zofia’s curiosity never went away and as soon as she gained a semblance of independence – when she started studying psychology at the University of Warsaw – Szawernowska joined a jiu-jitsu class held at the faculty’s camp, with one of Poland’s top coaches, Mr. Radek Turek.

Since she started grappling, nearly 10 years ago, Zofia has compiled a long list of jiu-jitsu achievements, which include a 2020 IBJJF European Open gold medal (featherweight-brown belt), 6 ADCC Poland titles, Polish National Championships (gi), to name a few. But as important as her athletic endeavors are her work on the sidelines as a sports psychologist.

Sports psychology was not a career Szawernowska tried to pursue from the get-go. Instead, Zofia’s interest in the subject is a consequence of her passion for jiu-jitsu: “I got pregnant and couldn’t train or compete for a while” the Polish talent explained to BJJ Heroes in an interview held in February 2021. Zofia’s training limitations left her frustrated, so much so, that she decided to improve other areas of her game, anything she could work on during her downtime – “I was already a practicing psychologist at the time, but I felt my mental side needed work. I felt stressed and anxious before competitions“. 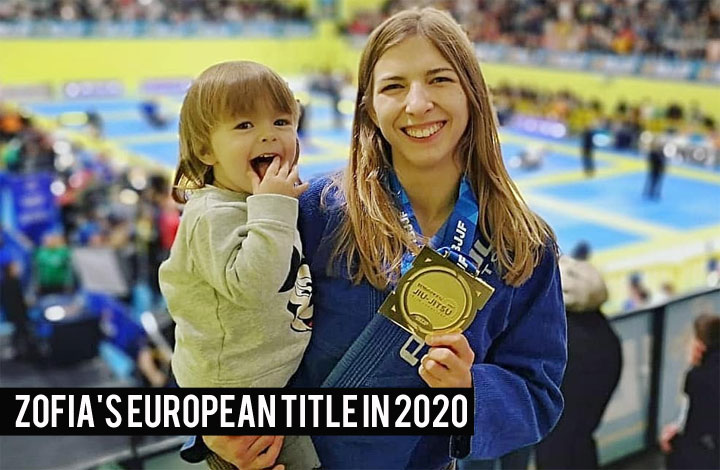 Zofia joined a sports psychology post-graduation as a way to develop herself as a competitor but soon realized the potential of what she was being taught: “these tools that I was learning, were like jiu-jitsu techniques, everyone should learn them. They should learn how to feel better when competing, less anxious so they can perform to their capabilities“, Szawernowska explained.

Her fascination for sports psychology led Zofia down a rabbit hole, spending an extended period of time perfecting her craft as a therapist. Today she works with tens of athletes from a range of sports that go from football (soccer) to wrestling and jiu-jitsu.

From her experience working with a variety of athletes, soccer is way ahead of the curve when it comes to taking care of their athletes’ mental fortitude. Szawernowska worked with Legia Warszawa’s youth program – one of the biggest soccer clubs in Poland – and had great praise for the level of understanding already in use by the staff. “I respect football players a lot, after seeing what they do“, Zofia told us. “They train very, very hard since they are little children. They are involved every weekend and there is a lot of competition between the A and B teams. I think coaches here are doing a very sound job in working these kids’ minds from the beginning“.

“I worked with children as young as 8 or 9 years old“, Zofia continued. “It is crucial that they learn the importance of focus and self-confidence, and coaches know they need to build these attributes (…) it was easy for them to absorb the processes“.

An example of how to deal with anxiety, laid out by the Polish expert, is by increasing the levels of self-confidence. “Motivation is another topic that is often overlooked,” said Szawernowska, “I believe that learning how to deal with these ranges of stress should be taught at schools, both as sports psychology and standard psychology. It would be helpful for children and develop in them a healthier life“.

COMMON BJJ COACHING MISTAKES AND HOW TO FIX THEM

When discussing jiu-jitsu specifically, Zofia sees plenty of room for improvement within the traditional coaching methodology applied by most clubs.

“When I saw footage of the training at the Atos HQ, I was almost shocked, because it was the first time since I had started jiu-jitsu, that I saw competitors training important pieces of the puzzle. Training the beginning of the match with realistic scenarios, it really looked like a competition. They are fighting on the edge of the mat, etc. It looked like an IBJJF competition (…) I remember when I first competed. I had never trained from standing, always from the knees. I was so scared before the tournament that I started looking for takedowns online one day before the competition. I was so scared“.

Granted, many jiu-jitsu clubs are finally catching on and learning how to train, but there is a lot of room to grow according to Zofia – “we need to learn our personal games very well and make tactical studies to push the fight to our strengths“, said Szawernowska. Although there is plenty more to sports psychology therapy, and a variety of levels with which to work, there are also three (3) simple steps that may help every beginner trying the competition game:

“First of all, know the rules! You have to know what is going on. You have to practice under the rules you are competing in“. What this entails is training as if you are competing, understanding the scores, the fouls, the referee commands, etc. Simple enough. Zofia continued: “Second advice would be, know your strongest assets in jiu-jitsu and try to apply them in the fight. Don’t try a flying omoplata that you’ve never done before midway through the match. Do your job, stick to the game plan.”

“Third tip would be that you cannot be afraid of losing. Understand that the quickest way to see what you need to work on is by losing. A loss should be motivating. The biggest losses I’ve had were the ones that helped me further my game the most. For sure after I lose I am pissed off for a bit, but I am immediately thinking about my match and where I need to improve.” Continuing on this topic, Zofia expanded, saying that it “doesn’t mean we need to be perfectionists here. Sometimes we just make mistakes. Competitions will show you mistakes, particularly in the lower belts, but if you go on the mats in a fearful state of mind, you will become paralyzed.”

HOW FAR DOES SPORTS PSYCHOLOGY GO?

As discussed, making adjustments to your daily training, such as working on realistic scenarios will likely improve areas of your self-worth on the mats come game day, but the philosophy behind this subject is vastly more in-depth than these life-hacks might appear to be.

“Sports psychology for me involves a lot more. It encompasses how to eat healthily, how to make weight, game-planning, making goals, etc. You can have the best tactics, you can have power and great techniques, but if you cut weight incorrectly, all the rest may very well fall apart.” Another aspect that is encompassed here is the importance of knowing how to train, “how to maximize the hours on the mat to be a better grappler. It is not just to know how to act during the competition“. All these adjustments will add up and make you more comfortable during game day. To tap on all these different subjects there is a plethora of techniques as well as meditation and visualization, the latter of which is a fundamental piece of the sports psychology puzzle, according to Zofia. 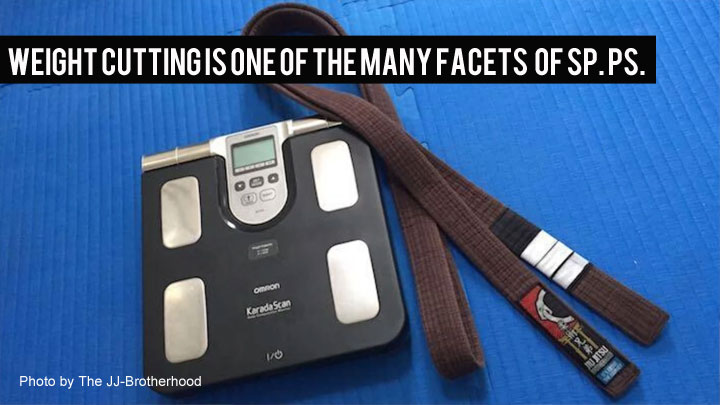 It is important to understand how these mechanisms work, and how far they can take you on competition day, which, according to Szawernowska, is substantial. All these micro-adjustments in the hands of a good sports psychologist may change a lot of athletes’ lives.

The self-confidence issue is a crucial one in competitive sports, being the root of so many other mental impediments that may prevent an otherwise talented athlete from performing to the best of her/his abilities. When it comes to younger competitors, according to Zofia, it is easy to undermine the child’s potential.

“From a psychology standpoint, the age when children start understanding what competition really is around the 12-year-old mark. Of course, we can introduce children to sports earlier, to show them what it is about, but actually, I feel the younger you push them, the bigger the problems you will face down the road.”

The key issue here is understanding that, prior to the tween age, children will not fully grasp the concept of rules and competition. They will not understand why they lose and, most importantly “they won’t understand that losing doesn’t make them any worse than winning.” These circumstances may crush a child early, even if the damage is not immediately evident.

In her final remarks on this topic, Szawernowska explained that “dealing with children can be tricky as there are a lot of factors involved. I believe that, if you want to have an 8-year old competing, you [the coach] need to work with the parents. Often parents think they are helping their kids by pressing them, but they really aren’t. Kids should play and have fun when they are young, this should be the focus.”

The work developed by Zofia Szawernowska has set herself and her patients ahead of the curve in their respective sports. Using comprehensive methods and tools such as meditation, visualization and reality-based drills in preparation for competition appears to be where true professional sports are at, currently, and where our own martial art is headed. With the help of professionals such as Zofia, showing us how to better ourselves and our sport, we will get there sooner, while improving the quality of our athletes and the experience of our students.