In our sport / martial art, like in most sports, behind every great athlete, there is facilitator, someone whose foresight, knowledge and dedication have helped pave the competitor’s route to glory. As we stand, midway through 2019, the work of a special coach is only just starting to bear fruit for his students, but that start has been making big waves in BJJ. The coach is Rodrigo Cabral, and the gym is Brazilian Fight Factory in Austin, Texas.

After half a decade in London, England and a lifetime in Brazil, where he worked in other people’s gyms, Cabral – commonly known as Brucutu, headed towards the United States of America, hoping to build his own academy in the Land of Opportunity. His project started in 2014, together with his wife, Mel, and the success of the team has been exponential.

Affiliated with the Checkmat team, the Brazilian Fight Factory is mostly known for Andrew and William Tackett, commonly known as the Tackett Brothers. Two teenagers who have been breaking a lot of boundaries on the competition circuit, but there are more: “We have quite a few tough athletes, the first one to make noise was Kody Steele [E.N.: brown belt who recently defeated DJ Jackson at Third Coast Grappling], he’s been with me since we opened BFF. The Tacketts are phenomenal, they have also been with me for a while, maybe a bit over 2 years now. From the first time I met them, I knew they were very special” said Rodrigo in an interview with BJJ Heroes in July this year. “They are not just talented. They trust the process and have a lot of discipline. There is also Tiffany Buttler who was World champion in the absolute this year, and Pans, weight and absolute champion.” 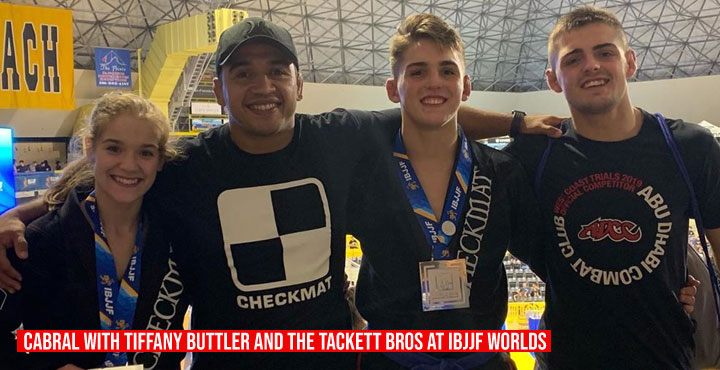 The fact that, in less than 5 years, Rodrigo has managed to raise a gym from the ground up and create his own team of high-level competitors is no small feat. Rodrigo credits the success of the team to the methodology enforced at BFF, “I customize training. There are things that make sense for a lightweight, but will not fit well with a heavyweight athlete. I also take special care in looking for gaps in my students’ performances when competing, even in practice“. This recipe has allowed Cabral to have a very eclectic group of students, he says, “I have athletes of all ages. One of them, I am proud to say, is a brown belt who started training at the age of 58. His game may be catered to his physical ceiling, but the quality of his jiu-jitsu is undeniable” said the pleased coach.

Although we mostly know Rodrigo as an IBJJF style player, a circuit in which he competed many times, he’s students have been very active in the nogi / submission-only circuit. Cabral says that is likely a product of circumstance: “I think they get more recognition in nogi because we have a lot of local nogi tournaments with cash prizes here, and we prioritize those. But I have also been focussing more on nogi from a personal level, probably to preserve what is left of my fingers after 24 years of judo and BJJ [laughs]”. 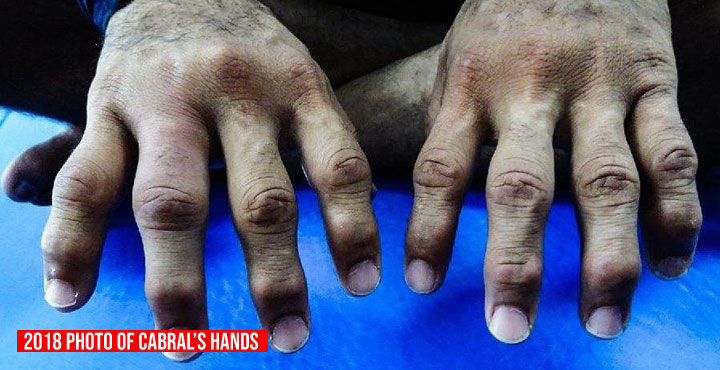 The subject of his students’ relevance in nogi led us to another subject Rodrigo has been campaigning for, which is the inclusion of his 18-year-old purple belt student William Tackett on the ADCC World Championship this year. When asked about how far he thinks Tacket could go in the tournament Rodrigo said, “I have no doubt he could go all the way. He is one of those athletes I see is the future of BJJ.” And who can blame Cabral for thinking this way? The young prodigy placed 2nd on the ADCC US trials this year, beating veteran black belts Kevin Machecha and Danaher Death Squad member Jason Rau as well as one of the most seasoned ADCC athletes in the game, Enrico Cocco. The sky is the limit for the young stud, and if he does not get the call, we would be very surprised if we don’t see him there in 2021.

Although a high-level grappling gym, the Brazilian Fight Factory is open to all levels of students, from curious to pros. For more information regarding schedules, visit their site: facebook.com/BrazilianFightFactory