The biggest professional grappling promotion in Europe is back for the 11th edition of their show, the Polaris Jiu-Jitsu Invitational. After expanding the brand by showcasing their matches to crowds across the Southern region of the United Kingdom, (namely Cardiff, Poole and London,) Polaris is now headed up north, to Manchester, the famous musical city, home to the Oasis, Happy Mondays, Joy Division and now, to one of the greatest BJJ shows on the international calendar, P11.

The show will take place at the Bridgewater Hall, with a tough card filled out with some of the top competitors in Europe as well as a few international stars, and will be streamed by the UFC FightPass platform. Check our match preview below. 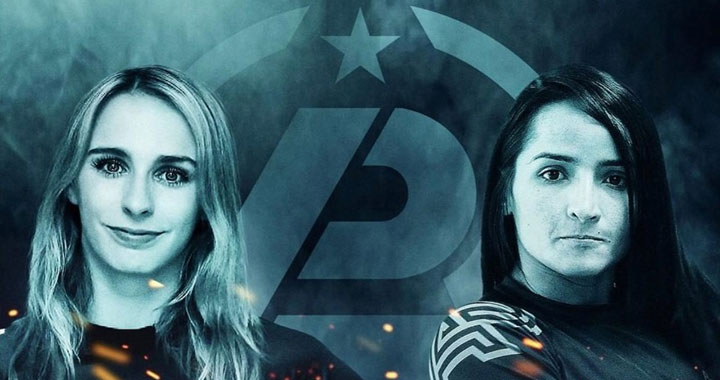 A fiery title match on sight between two of the top female grapplers in the world right now, both known for their gung-ho approach to the game.

When the two met, 2 years ago (nearly to the day) at the EBI Invitational, it was an absolute barn-burner of a war, of which Talita came out the victor. Those were different times, Ffion was a purple belt back then and Talita the standing IBJJF black belt world champion, both with and without the gi. Today’s Ffion is a much-improved version of herself, as her Polaris and World NoGi title could attest. She is the bigger and stronger athlete than Talita, while Alencar will likely have the edge in speed and scrambling ability. Great match-up. 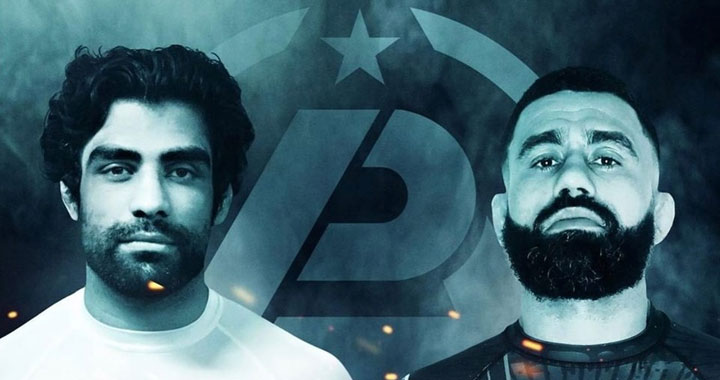 Sometimes the hic-ups along the way make for the most fun events, and this is exactly what we have in our hands with the recent change between Rocha and Najmi. Originally scheduled to face the gritty Fight Sports veteran, Khera will be looking at “The Kid” Edwin Najmi instead, a very different challenger.

One thing that Rocha and Najmi have in common is that they are both lengthy grapplers, who play a lanky man’s game from the top. The champ’s route to victory will likely be in his ability to wrestle. If he can get the match to the ground and establish top position, however, Edwin is a very dangerous counter wrestler, aggressive and effective with chokes from the sprawl. Very good match on the cards here, in this US East vs West Coast battle. 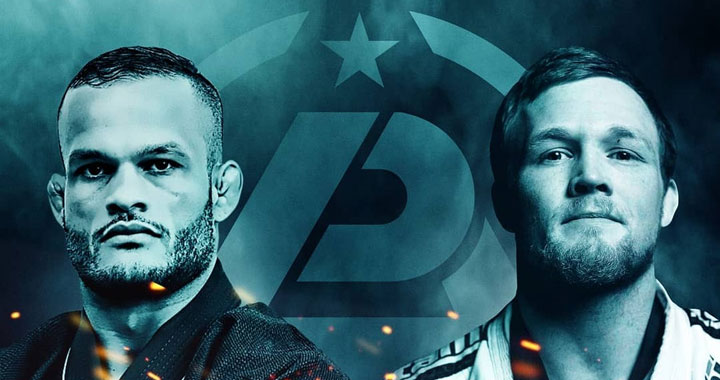 Tommy is one of the most dynamic gi grapplers of the modern generation and Tinoco one of the most well rounded. Marcos has excellent lasso guard tricks, an offensive closed guard and tons of pressure when passing and these two have met twice before with one win each on their records.

Considering this is a submission only match, and Langaker is the more submission oriented of the two, we would give a slight edge to the Norwegian, but not by much. Either way, we expect to see a submission here, and very likely the ‘Fight of the Night’ honorary award. 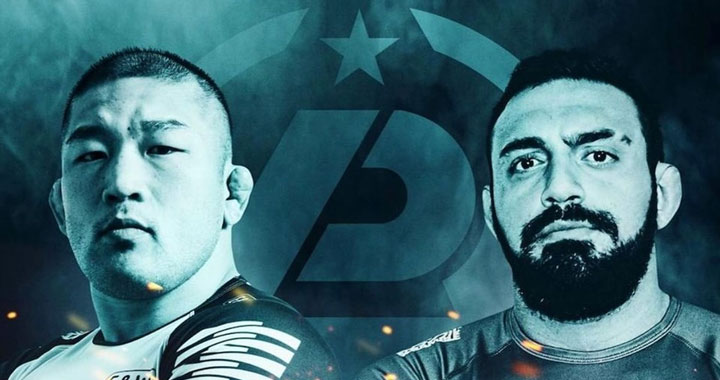 Both competitors have done their best work with the gi in the past, as such, we feel as though this match-up would be better suited for the kimono. Ishii is an Olympic judo gold medalist, Esfandmaz a well-known figure in British BJJ, a black belt under Lúcio Lagarto and an IBJJF European medal placer in the gi black belt division.

When assessing this match-up, we see Satoshi with the better throws and Arya with the submission skills. But here comes a predicament, Ishii is outstanding on his feet and will be incredibly hard to take down, but from the top, he is hardly a dynamic passer. Arya does his best work from the top position, using great movement to pass and find the submission, but we haven’t seen too much offense from the bottom in the past, and the lack of grips may make his job even harder. We will soon find what this match will bring. 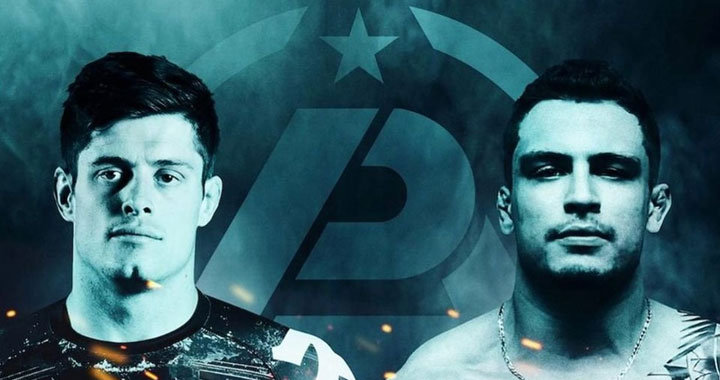 We don’t usually look at the blue belt as the favorite, in a blue belt vs black belt match-up, but this is a very special blue belt. ‘Nicky Rod’ has been on a tear lately, in the nogi grappling world, and coming off a win over the very seasoned black belt, Quentin Rosenzweig, just a few weeks ago.

Dyson is a well-rounded grappler as well as an ADCC European Trials champion, (as is Rod US Trials) and an athlete with a great fight IQ. But even with the experience and well-roundedness factor on his side, we see the DDS Squad member being too powerful for the Brit athlete. 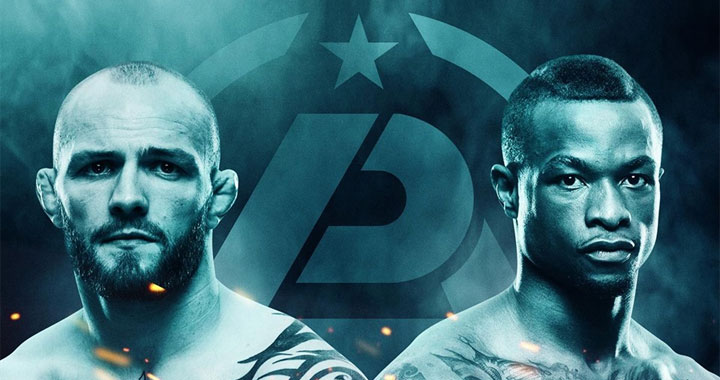 A grappling battle between mixed martial arts fighters. We would like to have more information about these two competitors, but we do not follow MMA here at BJJ Heroes HQ and lack the knowledge to inform you. Polaris has a great track record of match-making, so we expect a good exchange between these two athletes. 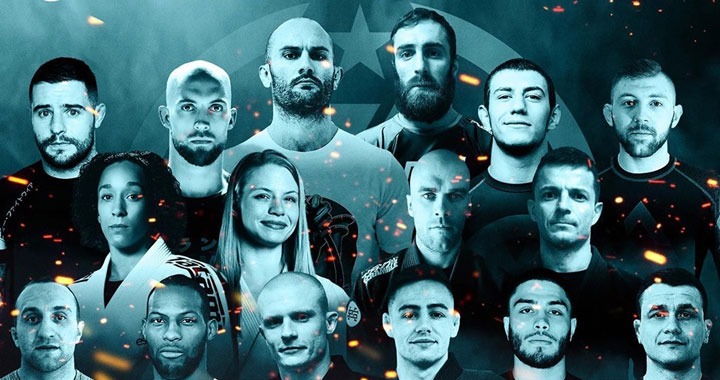 The Polaris Prelims have had a fantastic track record in pulling off the ‘fight of the night’ and this preliminary card has quite a few candidates. Marcus Phelan x Tommi Pulkkanen will put two of the most creative black belt competitors in Europe face to face, as will the Sean McDonagh x Tarik Hopstock. Sean is an absolute killer, with and without the gi, and always pushes the pace, while brown belt Tarik is very likely the future of the sport in Europe, a formidable grappler with tons of submission tricks in the bag. Expect fireworks between these two.

Also a great match-up between Kristin Mikkelson vs Yas Wilson. Wilson has fantastic submission defense, while Kristin has one of the finest guard games to watch in the sport today. Incredibly talented and technical, this will be a good battle.

Adam Adshead vs Enrique Villasenor will be another match to keep an eye on. These two Polaris veterans have always put on great performances here in the past.