The roosterweight division often gets overlooked by the media, largely because it has been so heavily dominated by one athlete, Bruno Malfacine, but also because, traditionally, it has been less populated and talent dense than the heavier weight classes. Well, we are here to tell you “not anymore”.

The 2019 International Brazilian Jiu-Jitsu Federation (IBJJF) World Championship will hold none other than a combined 14 worlds gold medals at rooster (and two more at light-feather), merging 4 generations of champions, a record-breaking number for any BJJ event ever assembled at 57 kilograms.

With 64% of all gold medals ever generated by the World Jiu-Jitsu Championship on the table, we will have a possible clash between the division’s very first title record holder – Omar Salum in 2000 (2x) and the current record holder – Bruno Malfacine in 2018 (10x). Grappling alongside these men is also America’s most prolific black belt of all time, Mr. Mikey Musumeci, as well as his master, Caio Terra (2x World Champ) and more. Below are the key figures of the division: 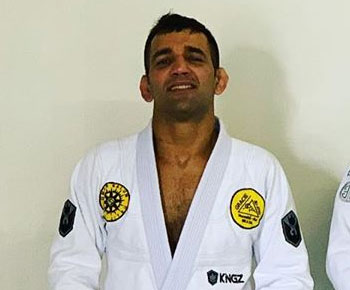 OMAR SALUM
Team: Gracie-Humaitá
Titles: World Champion (1999/2000)
As written in our article last week about the return of Omar Salum to the Worlds mats, Salum is a former world record holder who has not set foot at the famous IBJJF event since a catastrophic knee injury, 19 years ago, took him out of the competition circuit. While coaching his wife for the World Championship this year, Omar felt healthy enough to return to the tournament that built his name and made of Omar one of jiu-jitsu’s most feared athletes. Being a former champion, and a legend of the sport, Salum did not require the ranking points to participate.

Going on what his style was 2 decades ago, Salum is a well-rounded athlete, with good takedowns (yeah, a roosterweight with takedowns. Imagine that,) a solid butterfly + collar and sleeve guard and a powerful knee-slide pass. It will be very interesting to note how this old-school style can adapt to the modern games played by the roosterweight division. 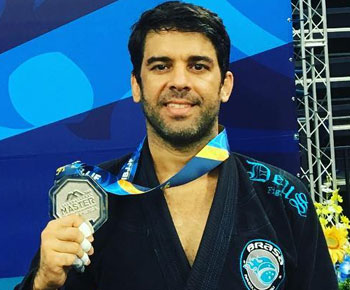 FELIPE COSTA
Team: Brasa CTA
Titles: World Champion (2003)
Back in 2003 Felipe made waves by winning the Mundial without having previously conquered any medal in any major IBJJF event, an unprecedented event in our sport. Costa continued to have very positive results in BJJ at this level but never conquered the all-important world title again.

Not one to wave around his achievements, Felipe is also one of only a handful of people who have beaten Bruno Malfacine in competition at the black belt level. He is a multiple time World and Brazilian Nationals podium placer as well as one of the most technical athletes of his generation.

Malfacine is an all-around grappler, with “Matrix-like” reflexes and agility, who hasn’t lost a match in 7 YEARS. This year, Malfacine’s victorious run will surely be tested in the most challenging roosterweight division to date. 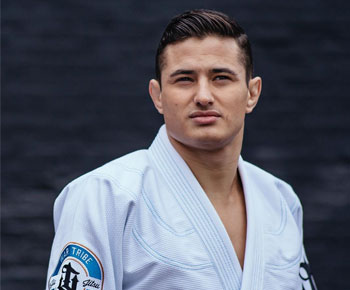 CAIO TERRA
Team: Brasa CTA
Titles: World Champion (2008 / 2013)
One could make an argument that, if there was no Malfacine, we could have easily been calling Caio the most accomplished roosterweight of all time. Terra has struggled with injuries for a while, opting to focus on his students and building his own team in the meantime, something he has done with great success. Now, Terra returns to battle for one more attempt at the triple gold.

Terra is widely regarded as one of the most technical athletes of his generation, and also one of the most submission oriented competitors on the 57-kilogram division. Caio will have his students, Tomoyuki Hashimoto, and Michael Musumeci, also competing in this division, all of which are strong candidates for the podium. 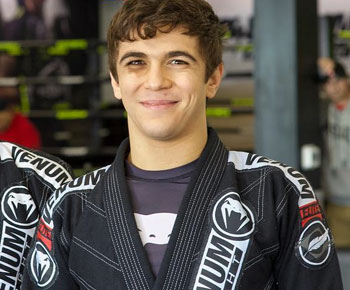 MICHAEL MUSUMECI
Team: Brasa CTA
Titles: World Champion (2018/2017)*
Alongside Malfacine, we would say Musumeci has the strongest odds to achieve gold in 2019. Mikey is the most accomplished US athlete in the sport and is also used to competing in a weight class above rooster (light-feather), which means he will likely be one of the bigger athletes on the division. Adding to this, he is one of the craftiest technicians the world has ever seen.

Musumeci’s last recorded loss was in April 2017 to Cleber Sousa, an athlete who will also be on the brackets of this roosterweight division, and who Mikey would surely love to rematch. 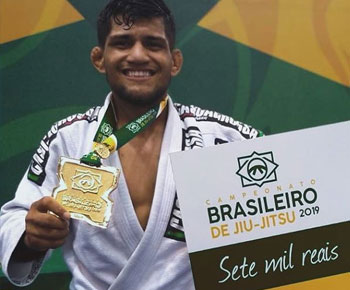 CLEBER SOUSA
Team: Almeida JJ / Atos JJ
Titles: Pans Champion (2019), Brazilian Champion (2019)
The dark horse of this division is undoubtedly Cleber Sousa, an athlete who seems to have found his place as roosterweight this year, after dwelling in the light-featherweight division for a while.

Sousa is very dynamic, plays well from top and bottom and loves to chase the feet from a passing stance. His recent performances in the IBJJF circuit have been top notch, two gold medals at the Pans and Brazilian Nationals. Sousa, or ‘Clan’ as his teammates call him, has wins over Musumeci, Kennedy Maciel, Hiago George, Jose Lima and many more. A very tough and worthy challenger. 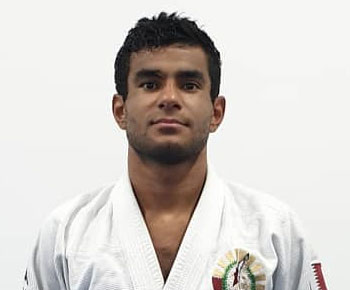 RODNEI BARBOSA
Team: Zenith JJ
Titles: European Champion (2019)
There are not many true specialists in this division as the modern day rooster-weights seem to all have adopted the same generic game of double guard pull to leg entanglements/guard inversions, and then there is Rodnei, the deep half-guard magician who has consistently made this old school position work against top-level opposition.

Barbosa has been consistently knocking at the world championship door for the past 3 years and is currently the IBJJF Worlds vice-champion, Brazilian Nationals, and European Open gold medal. He is always a threat to the podium, whenever he competes. Next week will be no different. 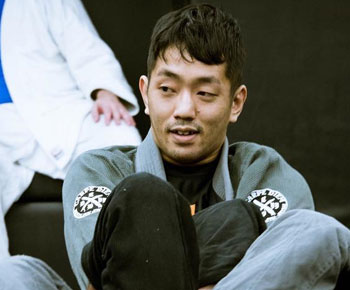 Currently splitting his time between Carpe Diem (Tokyo) and Caio Terra Association (California), where he has been broadening his game, Tomoyuki will be pushing for a more definitive claim towards the peak of BJJ’s elite next weekend.

Hashimoto will represent the Brasa CTA team, a group with 3 other representatives at roosterweight, all of who have been in the team for longer than Tomoyuki. As such, if the Japanese athlete reaches the semi-finals, it is likely that he will concede passage to one of his senior peers. 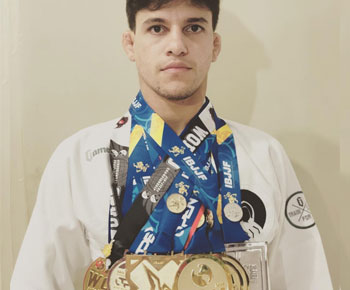 Although extremely talented, Livio is not as battle-tested as the majority of athletes on this division. His lack of funds has limited Ribeiro’s ability to compete at the level and with the regularity he deserves. Never the less, this lanky roosterweight will have a say in the division and may upset a few more established grapplers.