With so many of jiu-jitsu’s talent moving to the sport’s epicenter – California, to be closer to the big opportunities provided by jiu-jitsu’s largest professional market, the country that was, at one point, regarded as the Mecca of grappling has slowly lost the stronghold it once had over the development of talent in BJJ.

There are, of course, caveats to this claim. São Paulo has continued to produce plenty of high-level talent, particularly schools such as Alliance’s “Dream Arts Project” and Cicero Costha’s PSLPB, who have been relentless at building high-end talent. However, most of the athletes there produced tend to leave their country of origin at around the purple/brown belt mark, to follow the green Dollar signs of the US or the blue Euro marks in Europe.

This migration has left the Brazilian black belt market somewhat adrift. There is undoubtedly still plenty of talent in those South American waters, however, be that for visa issues or due to lack of sponsorships, many of these athletes are still relatively unknown to the foreign market. For that reason, we have written this piece, to shine some light on some real fire-power waiting to be released on an international stage. So, in no particular order. 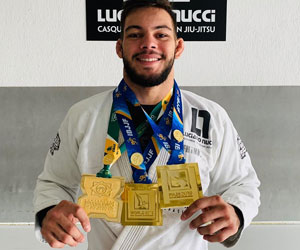 Developed in São Paulo’s circuit, is one of the most exciting super-heavyweights in the sport today – Marcus Ribeiro: a physical specimen with a fantastic gas tank and an aggressive game, somewhat reminiscent of Marcus “Buchecha” when the Checkmat hero was climbing through the ranks of BJJ.

Ribeiro has only just earned his black belt (June 2019), having, traditionally, followed a different competition program to the majority of top-level athletes of his generation, one that best suits his frame. Meaning, he has not made a habit of competing every weekend. Marcus competes only around 5-6 times per year, but when he does, he makes it count. 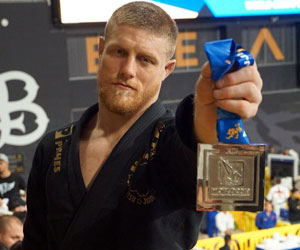 A true renaissance man, Fabio “Kamikaze” is a multi-talented grappler, having competed extensively in hapkido and karate prior to his BJJ career, while also being somewhat of a media celebrity due to his appearance in a popular reality TV show as well as his modeling career. Ever since he put his mind on to jiu-jitsu, Alano has been on a tear, shifting all his focus towards the goal of being among our sport’s best, and indeed he has.

Alano earned his black belt this year, after a silver medal at the World Championship in the brown belt division, a podium spot that has a bit of a story: After his stint on the aforementioned reality TV show, Fabio made his return to competition at the Brazilian Nationals (March), a competition in which Alano suffered a severe knee injury. Nurturing his injury Alano decided to compete at the World Championship (late May). Although physically diminished, Kamikaze reached the final, which he lost by a split referee decision. 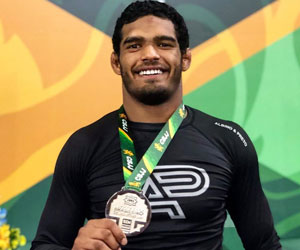 Another gem hidden in São Paulo’s local circuit is Marcos Petcho, a student of Marcos Barbosa’s B9 Academy, who graduated as a black belt nearly 1 year ago. Although immensely talented, Marcos is yet to compete at the big shows in the USA, though his work in Brazil has looked outstanding.

Very submission oriented, with his trademark signature being the no arm-in triangle, Marcos’s potential carries across to gi, and no-gi, both being rule-sets Petcho is well familiarized with. Marcos brings an action-packed style with plenty of movement, particularly from the bottom. 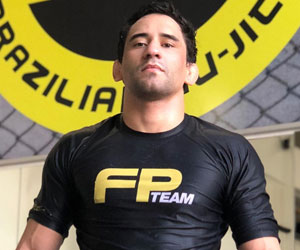 A fighter’s fighter, Rodrigo Costa is very aggressive, durable and hard to crack. Having spent a considerable amount of time as a brown belt, traveling and competing around the globe, particularly in Australia, Costa has more recently returned to his home-base, Belo Horizonte, where he is once again training with Felipe Pena.

Costa earned his black belt from Preguiça earlier this year, having hit the ground running with a few strong performances in the IBJJF circuit, including in the open weight class. After a very promising career as a brown belt, we hope to see more of him in the foreseeable future. 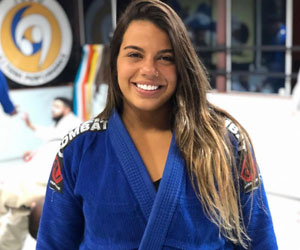 A student of Alexandre Salgado and Hugo Marques, one of Rio de Janeiro’s prime athletes/coaches, Julia Boscher has been on fire in the famous 021 circuit, a good form that earned her, her black belt earlier this year after a fantastic brown belt record.

A powerful guard passer, Boscher’s piercing knee-cut pass has made a lot of great guards look easy to overcome, and we feel she will make quite an impression at the NoGi Worlds this year if she gets to compete on the tournament. 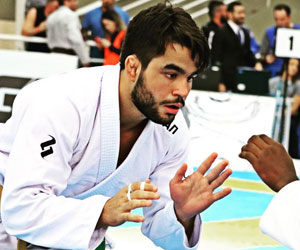 Another quality grappler from São Paulo, Paganini has looked fantastic since reaching his black belt earlier this year and is set to cause a few upsets at the NoGi World Championship later in December.

Very powerful for this weight class, Rafael plays for the submission and has a versatile game, both from top and bottom. Given that he has arrived midway through jiu-jitsu’s nogi season, he’s shown that without the gi, his back takes are very much on point, as is a mean guillotine game, though he is equally good with the gi on. Looking forward to watching this young man compete in the near future. 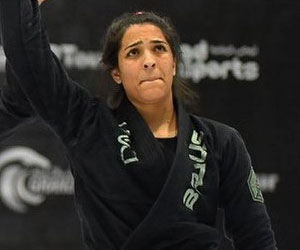 As a brown belt, there wasn’t much Ferreira didn’t accomplish. Brazilian Nationals, World Championships, European Open, you name it, Thamara won it.

Although she has only just entered the black belt scene, her first tournament was an absolute success, a gold medal at the very prestigious Los Angeles Grand Slam. A sign of good things to come for the Brazilian. 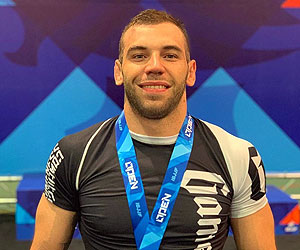 Being the brother of one of jiu-jitsu’s brightest stars (João Gabriel Rocha), Pedro had very big shoes to fill in our sport, but the task at hand did not phase the Brazilian Navy Officer.

Rocha has a long history in grappling sports, particularly in freestyle wrestling, where he accomplished plenty of silverware on a national and international level. He has more recently taken a shine to jiu-jitsu, after earning a silver medal at the 2018 World NoGi Championships in the brown belt division.

Very powerful, with great positional awareness and a strong takedown game, Rocha earned his black belt recently, having immediately made a dent in the division by conquering the Brazilian Nationals medium-heavyweight strap, making him 2019s National champion in both BJJ and freestyle wrestling. 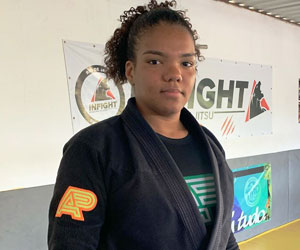 Arguably the biggest jiu-jitsu black belt prospect in the world today is Pessanha, a 19-year-old who’s conquered everything there was to win in the colored belt divisions, in her weight and the absolute, much like Tayane Porfirio and Gabi Garcia had done before her. A possible divider here between the InFIght competitor and her Alliance predecessors could be Gabrieli’s athleticism, which she has in droves. 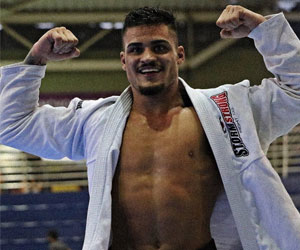 Rodrigues is one of the best-kept secrets in Rio de Janeiro’s jiu-jitsu, one that we hope to see blossom soon onto a more mainstream platform. A super talented competitor, who has won pretty much every major tournament in Brazil, Rodrigues was taught by his father – Marcio Rodrigues, a man who is somewhat responsible for (or had a part in) raising some of his country’s top competitors, including Erberth Santos, Lucas Hulk, and Matheus Gabriel.

Having only just celebrated his first black belt anniversary, Rodrigues’ first few months in the division showed a more tentative Ygor, playing it safe for the win. More recently Rodrigues has been decisively proving that he has the talent to be a big player for years to come, with plenty of eye pleasing performances. It is impossible to tell at this point if he will be able to achieve his full potential while training with a relatively small team, away from the sport’s top tournament circuit. Time will tell, but his potential is undeniable.