Saeed Dunkaev, The Chechen Truck Driver Who Became One of BJJ’s Most Influential Figures

Our sport/martial art has always been a fantastic showroom for talented and interesting people, two attributes that fit Saeed Dunkaev like a glove. Born in Chechnya, Saeed was forced to flee the war zone his country had become during his childhood, spending much of his teenage years in Moscow, Russia. A thrill seeker at heart, Dunkaev moved to the United States in his early 20s, where he worked as a long distance truck driver, fell in love with jiu-jitsu and went on to become one of grappling’s most influential figures as a matchmaker for the ACBJJ promotion, an organization that ruled professional jiu-jitsu up until 2018.

Born in the Chechen Republic (Chechnya) in the late 1980s, Saeed was at the heart of his country’s war against Russia, when it broke out in 1994, a tragedy Dunkaev remembers well: “I still recall as clearly as if it was yesterday, seeing lots of dead bodies on the street, kids crying trying to find their parents, some people slowly dying from being wounded either from airplane bombs or some tank explosions. It was a big mess. I remember almost like watching a movie because as a kid I didn’t understand all the seriousness of the situation. I was just going through the motions while my dad was carrying me trying to find a safe spot for my family to get out of the city.” said Saeed in an interview to BJJ Heroes on March 2019. 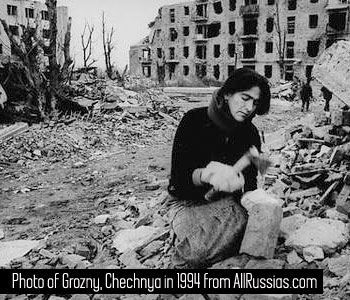 Although 7 years old when he and his family made their final escape from war-ridden Chechnya, Dunkaev has a vivid memory of the exit: “I still remember very clearly. We were on a bus full of civilian people who were trying to escape the city. In front of the bus, there was a white flag hanging so that Russian soldiers wouldn’t shoot at the civilians. (…) at one point we were on a road and on the left were some Russian soldier checkpoint, and on the right was the deep forest. Out of nowhere, the soldiers started shooting at the bus. This was an old bus and had small windows, which helped us take cover while we were all escaping. The bus ran towards the forest (…) we got to a safe place eventually and luckily both of my parents and my aunt survived.”

Seeking refuge at a family friend’s house in Ingushetia, the Dunkaev’s settled in the neighboring country, though the following year Saeed was sent to Moscow to seek an education, spending much of his formative years away from his parents.

After graduating from university, Saeed’s life was all planned out for him, to “live a typical boring ass life. Waste years in school, then waste years at university and find a job you don’t really like and live every day like a slave [laughs]. That’s how most people were raised, right?” But a typical life just wouldn’t do for Dunkaev. Instead, he decided to travel to the United States, arriving on July 5, 2010. His initial plan was to spend 3 months in America, but 8 years would pass before he set foot in Russia again – “I am forever grateful to my parents because they let me stay in the USA, I don’t know what I would be doing now if I stayed in Russia. As a 22-year-old most people make decisions without their parents’ approval but I would never stay in the USA if that was breaking my parent’s hearts. So I’m super thankful for that because my life changed in a great way.”

While in the US, Saeed went by any way he could: “When I moved to the USA I spoke English on a level of ‘hello, how are you? thank you’ [laughs] I didn’t speak at all. I just knew simple basic sentences.” His quest for the American dream led him to live in a variety of places on the East Coast, from New Jersey, NY, to Miami, Florida where he attended school in a Haitian neighborhood to learn English: “I was the only white guy in that school and the rest of the students were African-American. Everyone looked at me like ‘who the heck is this guy’ [laughs]. I felt like I was in a movie. I grew up watching American films and was curious about African-American neighborhoods, like the movie ‘Friday’, which we don’t have in Russia or Chechnya. Later some guys told me that I was crazy walking alone there. That it was a very dangerous neighborhood but luckily I had no incident and at school itself, everyone was very kind to me.”

After working in the hospitality industry for a short while Saeed knew he wasn’t cut for the job, particularly due to the hostile behavior of a few customers: “I come from a place where old school values still exist, you cannot talk bad things to a person and not expect to be hit after. I learned quickly that in the USA you better be careful with your actions if you don’t want to go to jail.” So instead he got his CDL license and became a semi-long distance truck driver, traveling through 48 American states on multiple occasions, “I know the map of USA way better than Russian map” Saeed said smiling. While traveling through America, Dunkaev discovered jiu-jitsu (2013), eventually quitting his trucking profession to focus on BJJ. 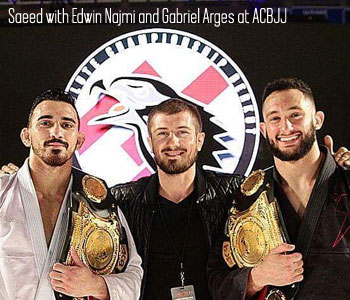 His involvement with ACBJJ (originally Berkut BJJ) came by way of his close friend Zaurbek Khasiev, the son of the founder and president of the ACB fight promotion. “At that time I was a student of the Mendes brothers,” said Saeed, who shared with Zaurbek a common interest in grappling. Khasiev “and I had this idea of making a few super fights, something similar to Metamoris. This is how the first Berkut event in Chechnya happened. Then Zaurbek said his father liked the event and asked me to make a bigger card for a Moscow event. That was Berkut BJJ 2 [Galvão vs Barral]. Then we did the third event and the founder said we should keep making bjj events”.

The Berkut BJJ soon changed to ACBJJ as the ACB promotion was already in place, setting up MMA and kickboxing bouts. ACBJJ completely changed Saeed’s life, who became one of the top matchmakers in our sport overnight. “Having ACB in my life was a big help for me because I could train jiu-jitsu full time and the job was jiu-jitsu related. Also, I learn a lot from all the legends of the sport who competed in ACB JJ.” he said. Today training with Leozinho Vieira in California, Dunkaev is one of the bigger names on the brown belt Master 1 international circuit, just coming off of a double gold performance at the IBJJF World NoGi Championship and gold at Masters World in the absolute division (silver in weight class), Pans, etc.

Although still very invested in BJJ personally, the role of ACB in jiu-jitsu has been severely diminished as “Mairbek Khasiev was making ACBJJ more out of his love to BJJ. To make jiu-jitsu popular in Russia.” Due to the lack of spectator enthusiasm, the financial backlash that came of it and, let’s be real, the poor showings by a majority of athletes who opted to play very conservative games while under the ACB spotlights, the prognostic for a return to professional grappling is highly reserved: “As of right now I don’t think ACB JJ is planning to come back with super fights, it is possible maybe by end of 2019 or mid 2019 or maybe not at all. We will see but open tournaments are back and number of the competitions will grow.”