Diogo Reis is a jiu-jitsu black belt under Melqui Galvão, who represents Melqui’s squad and Fight Sports in the sport’s international circuit. Reis earned his reputation as one of the main grapplers of his generation while competing in the juvenile and colored belt divisions of the sport, where he earned all of the top 4 international tournaments – often designated as the Grand Slam of Jiu-Jitsu – the European Open, Brazilian Nationals, Pan and World Championships. He has since cemented that claim at the professional level with many wins at the upper echelon of grappling’s competitive leagues.

Diogo Reis was born on March 20, 2002, in Manaus, the capital city of the Brazilian state of Amazonas, a part of the world well known for its strong jiu-jitsu community.

The first sport Reis played competitively was football (soccer), which he did briefly during his early childhood, prior to finding jiu-jitsu at the age of 10.

Jiu-jitsu appeared in Diogo’s life through his older brother, who started training with coach Alexandre Oliveira at the black belt’s academy near the Reis’ family residence, in 2012. Diogo became interested in the sport by watching his brother train, a curiosity that captured the attention of coach Alexandre who then granted the young Brazilian a free membership for his class.

Training under coach Alexandre, Diogo reached his yellow belt. It was around this time – during his second to third year of training – that the young athlete started contemplating a life as a professional grappler. Back in 2015, Professor Melquisedeque (Melqui) Galvão‘s academy was already regarded as one of the top talent developers in the region. Diogo met coach Galvão at a tournament and the two agreed it was best for the athlete’s future if he joined Melqui’s camp, which Reis did.

Under the guidance of Melqui Galvão, Diogo Reis broke through as one of the sport’s foremost athletes, earning his orange, green, blue, purple, brown, and black belts from the well-respected instructor.

Although Diogo Reis was officially promoted to black belt on December 13, 2020, 7 months after his brown belt grading, his black belt debut took place earlier, more precisely on December 06, at the AJP Tour Grand Slam tournament, in Rio de Janeiro. A tournament in which he earned a silver medal. 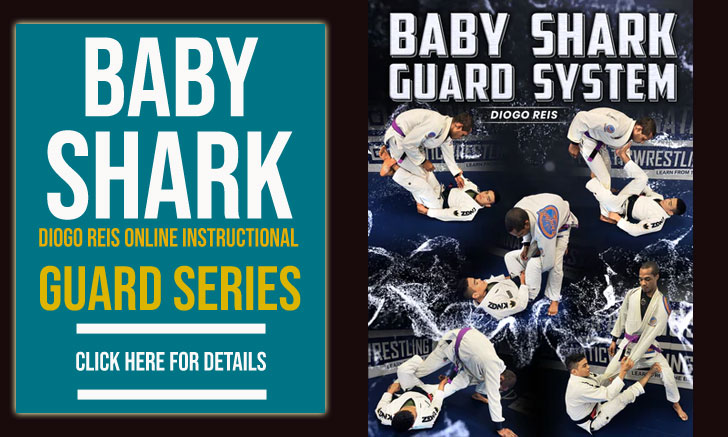