This list is compiled with the competitors who have successfully placed the submission as the mission, ahead of or at least in parallel with their podium objectives in this sport’s international competitive circuit.

The rules of this ranking are simple, and due to the lesser volume of tournaments produced over the past year due to COVID-19’s restrictions, we have lowered those guidelines ever so slightly, to encompass more top tier athletes. To be eligible for this list, an athlete requires a minimum of 6 victories in a high-level, adult black belt event. What we mean by this is a tournament/GP/super-fight promotion with a talent depth similar to an IBJJF adult black belt style tournament.

Please note that in EBI rulesets, overtime submissions are not accounted for as subs as these are obtained outside the flow of the match, starting from pre-set advantageous positions.

There were quite a few surprises this year, the biggest one may come from the Number 1 spot as well as the inclusion of two black belt newcomers in our 2020 top 10. Another big change from previous lists is the absence of any members of the Danaher Death Squad, particularly Craig Jones and Gordon Ryan, two members that have consistently been in the top 10 finishers. This is not to say they have not been prolific at their trade, in fact, Ryan submitted 4 out of 4 this year, yet, did not compete enough to take part in this list. 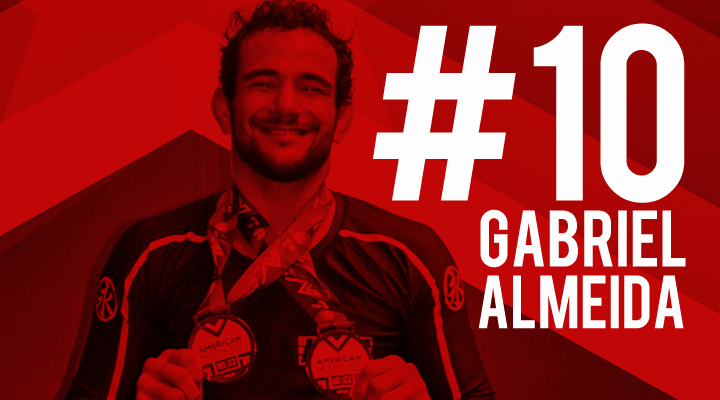 One of the most active athletes in jiu-jitsu’s black belt division during 2020, Gabriel Almeida kept an excellent submission ratio throughout the season, a fact even more impressive when taking a look at who Gabriel competed against. A list that included Rômulo Barral, Manuel Ribamar, Roberto Gimenez, Guilherme Augusto, to name a few.

Even with COVID19’s restrictions, Gabriel competed through all 12 months of the year, making this one of the most successful periods of his young career. A time when he conquered the American Nationals NOGI double gold and medals at the Miami Grand Slam, European Open, and Pan American Championship. 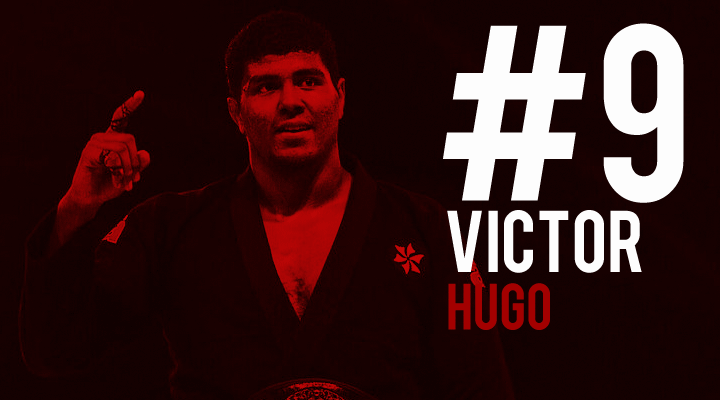 One of the main figures in the ultra-heavyweight division is Victor Hugo. The Brazilian made his black belt debut 18 months ago and easily adapted to the professional division of the sport by conquering the NOGI World Championship (2019) and several of the Kumite Series tournaments of the Third Coast Grappling promotion, as well as quite a few high-level super fights.

Over the past 12 months, Huge only lost once, putting on a very impressive 12 match win streak. The sky is the limit for this talented 23-year-old. 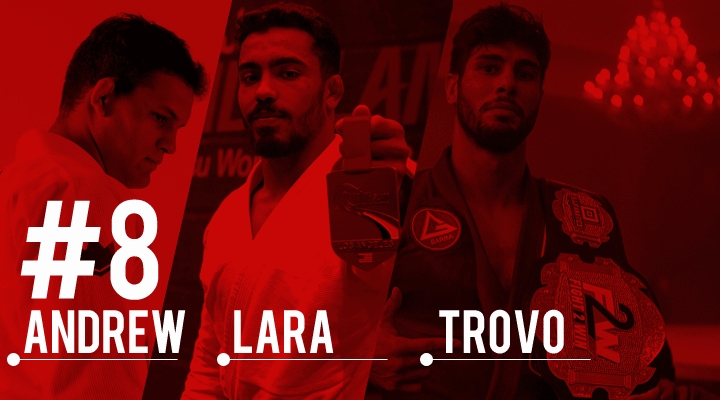 In this golden trio, we see the return of Fellipe Andrew to the list of the top finishers, after an honorable #5 placing in 2018 – his debut year at black belt. Andrew’s year started with a gold medal at the European Open’s open weight division and ended with a Pan American absolute title, a fantastic year for the super-heavyweight.

The always entertaining Leo Lara of the Almeida Jiu-Jitsu academy competed exclusively in Brazil this year, conquering important wins over Italo Moura, Eduardo Avelar, Jhonny Loureiro, Matheus Costa and a few other big names from the national circuit. He is someone we hope to see more of in 2021.

And the 3rd man on the #8 rank is Gracie Barra’s Fellipe Trovo, without a doubt, one of the most fun to watch black belts on the international scene. Trovo’s main podiums this year were two bronze medals, 1 at the European Open and another at the Grand Slam in Miami, but more impressive than that were his submission wins over big names of the sport such as Jackson Sousa and Devhonte Johnson. 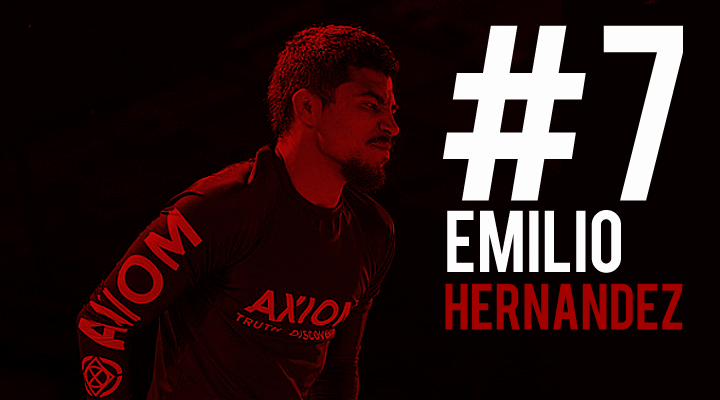 Another athlete we love to watch is Hernandez, one of the most exciting featherweights in the sport, Fernandez thrives in the scramble and lives for the submission. His “live by the sword-die by the sword” attitude, sometimes leads him to lose a few matches he could win by playing a strategic game, but playing it safe does not seem to be in Emilio’s DNA, and we, the fans, appreciate him for it. 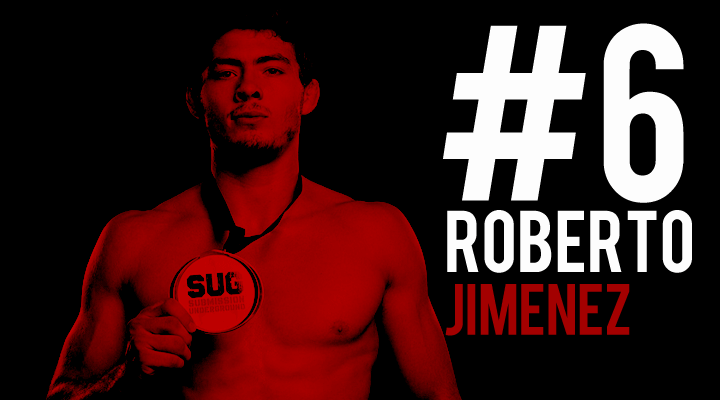 A real prodigy, 20YO Jimenez made his black belt debut this year after a superb career in the colored belt divisions. Ever since arriving to his new rank, Roberto has been one of the busiest competitors on the scene. Gi, No-Gi, Submission-Only, and Points, Roberto competed in all rulesets with a great degree of success, submitting some of the biggest players on the international scene. 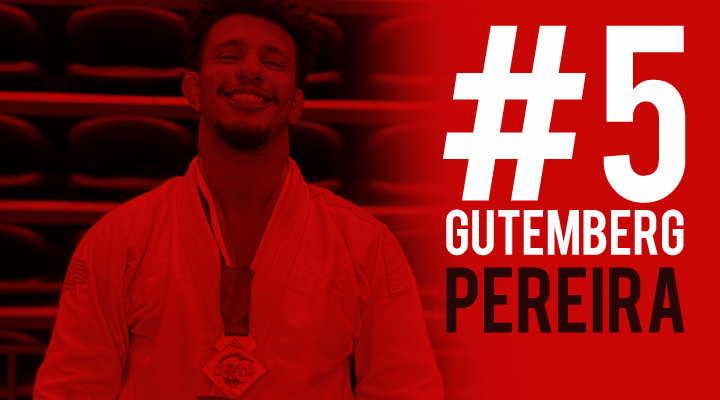 A successful year for Gutemberg who competed exclusively in Brazil this year, where he conquered an impressive 8 match win streak. The super-heavyweight returned to Rio de Janeiro where he has reborn as GF Team’s leading figure and the division’s most dominant athlete in Brazil. 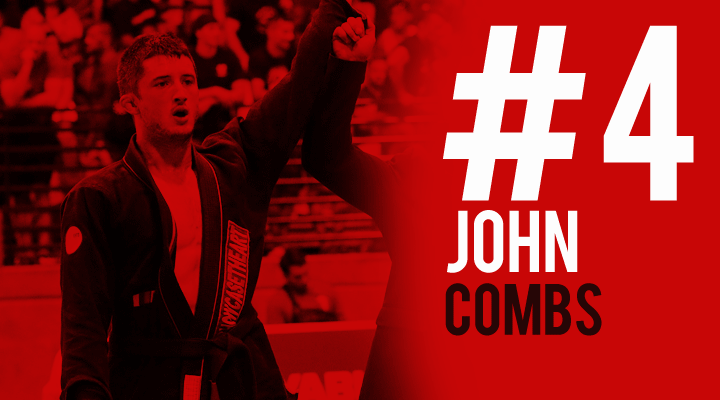 An interesting year for the former Easton Training Centre representative. Combs has continuously been one of the most entertaining competitors on the international scene, but we feel 2020 (his 4th year as a black belt) has been his most impressive season thus far.

More complete than ever, and with a very sharp top game, Combs dominated some of the toughest grapplers on the middle and medium-heavy weight divisions. If you like forward-moving jiu-jitsu, definitely keep an eye on Mr. Combs next year. 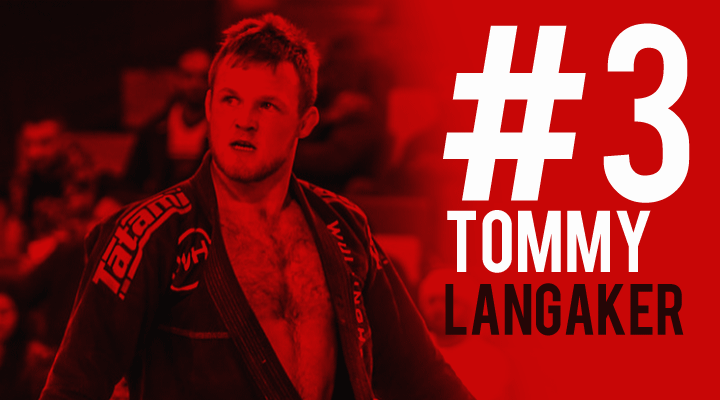 Competing exclusively in the gi, was Norway’s Langaker, who returns to the top finishers ranking after a 4th place back in 2017. Langaker competed only once, outside of Europe during 2020 – a mauling of the middleweight division at Abu Dhabi’s Grand Slam. He has also compiled a 16 match win streak (!) in 2020, one that ended with a draw against heavyweight Bradley Hill at the Polaris Squads event earlier this year. Truly outstanding work by Tommy who is without a doubt one of the most fun and aggressive grapplers on the planet. 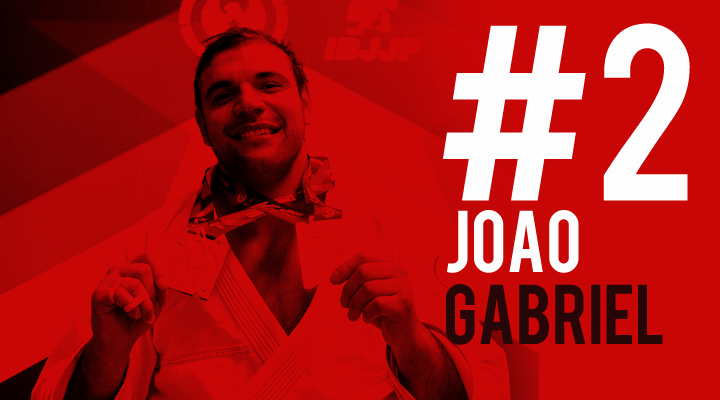 One of the most recognizable characteristics of João Gabriel Rocha is his strong mindset, one that saw him come out of a battle with cancer and return to the upper echelon of the sport. Not only did he return after a year hiatus, but he also made it back to the top by conquering multiple World and Pan American medals.

2020 did not start easy for the ultra-heavyweight, who put together a series of 3 straight losses in the opening weeks of 2020. Staying true to his persistent mindset, Rocha returned in force taking double gold at the American Nationals, where he defeated some of the top representatives of jiu-jitsu’s new generation. 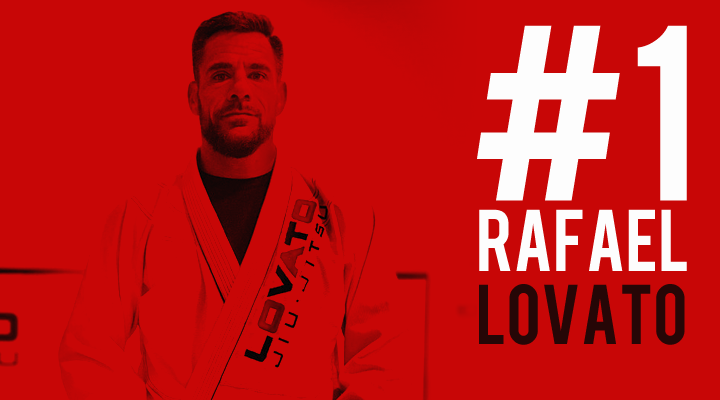 After deciding to end his mixed martial arts career due to health issues, Lovato returned to the BJJ World where he immediately made himself noticed again. Although 37 years old, Lovato has opted to challenge himself in the adult division, when appropriate and made it to the Top Finishers list of 2020. An incredible deed for the American legend.

An interesting side note to Rafael Lovato’s Top Finisher of 2020 ranking. He is also the only Master’s eligible competitor on this list.