AUGUST 30, 2019. As reported by Constrictor Team founder Ataíde Ludgero Junior through social media, Master Armando Wridt passed away yesterday. He was 94 years of age (1924 – 2019). Wridt (also spelled Wriedt), was one of 7 Masters who received their degree from Helio Gracie. Armando was an original student of the Gracie family in Rio de Janeiro, later going on to develop jiu-jitsu in Brasília (capital of Brazil), having in the aforementioned Ataíde Junior his most well-known student – Ataíde who is the coach of former ADCC champion Rani Yahia.

Although Wridt did participate in no-holds-barred fights during his youth, he became a great advocate for non-violence later in life, having in Mahatma Gandhi one of his most praised historic figures. On December 2007 the Brazilian magazine Tatame visited and interviewed the former Gracie Academy instructor in his recluse country house where he lived by himself with his animals, though still engaging in jiu-jitsu from time-to-time, when visitors came by, or with his beloved student – Ataíde. 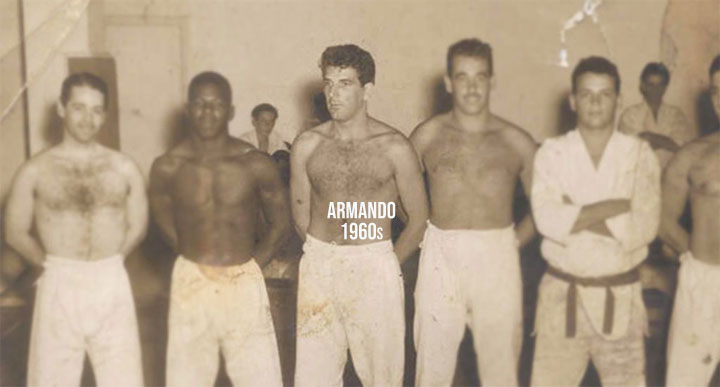 The martial arts world is a poorer place without this legendary figure, regarded by those who lived during his prime, to be one of the most technical coaches at the Gracie Academy during the 1960s. RIP.