From early on in our editorial history, BJJ Heroes has attempted to push for a unified ranking system for our sport, one free from social media popularity or personal favoritism. Having played with different ideas over the years, on how to dig up the fairest results, we believe we have found the closest thing to a fair ranking formula. For the past 8 years (with a short break in 2019 & 2020) we have left this task to the numbers – allowing tournament wins to dictate who are the best in the jiu-jitsu business, but, for the first time, we will be separating the gi and the no-gi ranking. 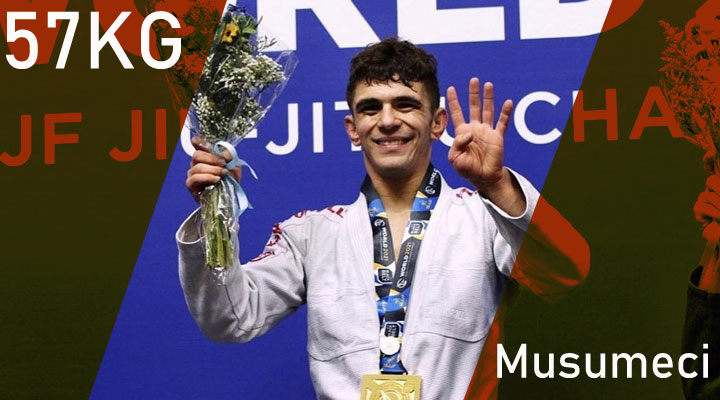 Although Mikey spent the majority of the year focussing on a transition to no-gi, his one appearance in the gi this year, was enough to get him the #1 position of a highly contested weight class. This was also the only weight class in gi jiu-jitsu to be conquered by an American athlete. 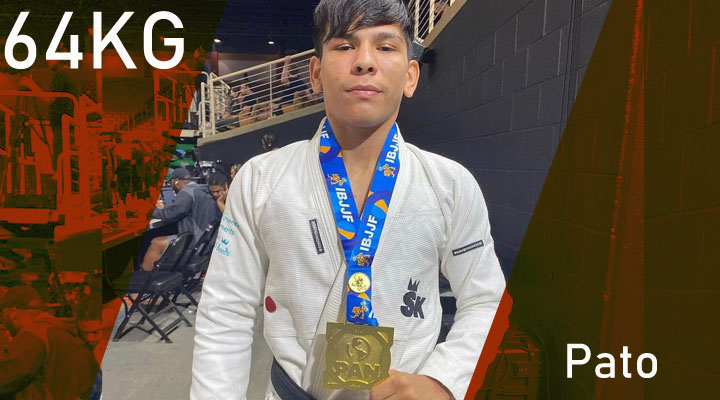 One of Jiu-Jitsu’s Athletes Of The Year. Diego Oliveira, commonly known as Pato, conquered nearly every major event there was to win in 2021. 37 matches, 11 submissions, nearly double the points of the #2 ranked and only 1 loss in his natural weight class have cemented Pato as one of the top light-featherweights of his generation. All this in only his second year as a black belt. If there is one match to make next year, that should be between Diogo Reis and Pato, the #1 and #2 of the division as neither has met in the competitive arena. 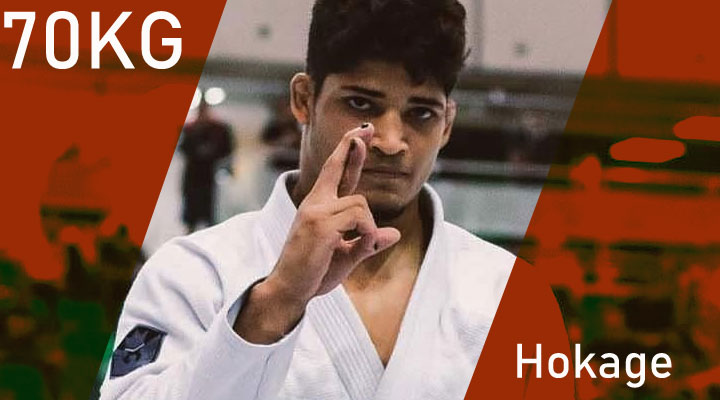 Once again, as it has been for the past few years, the featherweight division was one of the most contested weight classes in our sport, a race won by Melqui Galvão’s formidable Fabrício Andrey, also known as “Hokage”. Fabrício did not start the year well, but consistency saw him through with an outstanding final run to the number 1 position in the BJJ Heroes ranking, cemented by his IBJJF World Championship gold medal.

Andrey was closely followed by TLI’s Jamil Hil-Taylor, who only suffered one loss this year. 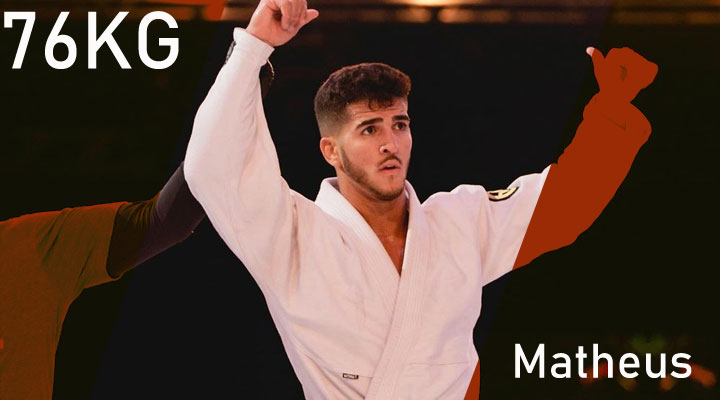 The 2019 featherweight king, Matheus Gabriel, decided to move up in weight to challenge the lightweight division. Once again he prevailed.

Gabriel split his year between gi and no-gi events, going undefeated in the lightweight, middleweight, and open weight classes in both rulesets, all this while taking his second IBJJF World title (gi) and his first Brazilian National Championship (gi) as a black belt. 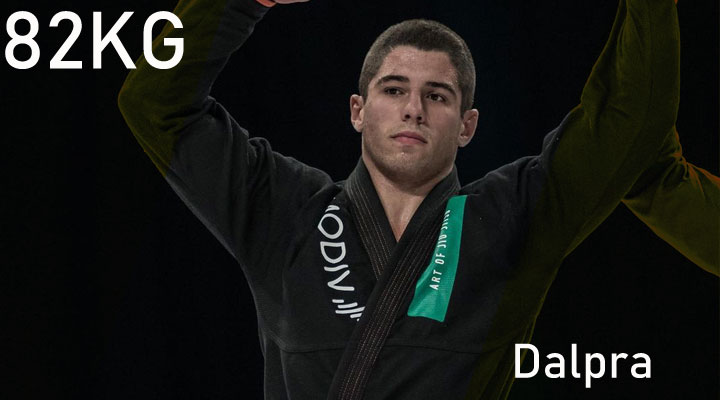 Very few doubted Tainan Dalpra’s talent when he arrived at the black belt division, but maybe not as many believed he would do as well as he did in his debut year there. One outstanding win after another, Dalpra went 36-1-0 this season with a very impressive 69% submission ratio. When it comes to debut years, it doesn’t get much better than this.

In a close second were Isaque Bahiense – the leader of Dream Art – and 18-year-old phenom, Micael Galvão. Due to the IBJJF ruleset, which does not recognize black belts under the 19YO mark, Galvão was unable to compete in the sport’s main gi circuit, which did mess his chances to challenge Dalpra’s #1 spot. 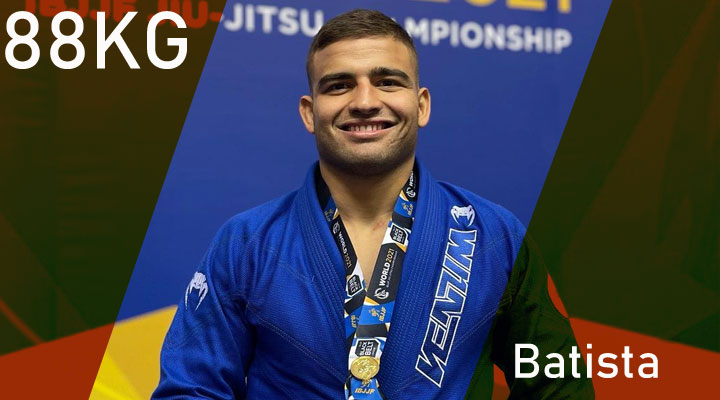 Another solid year for Batista of Atos HQ, who conquered the Pan and World Championship this year. Gustavo was closely followed, this year, by the talented André Porfirio of Fight Sports.

The crafty Miami based guard player, Porfirio, was at his best throughout 2021, a consistency that won him a title at the Pans and a bronze medal at the Mundial. 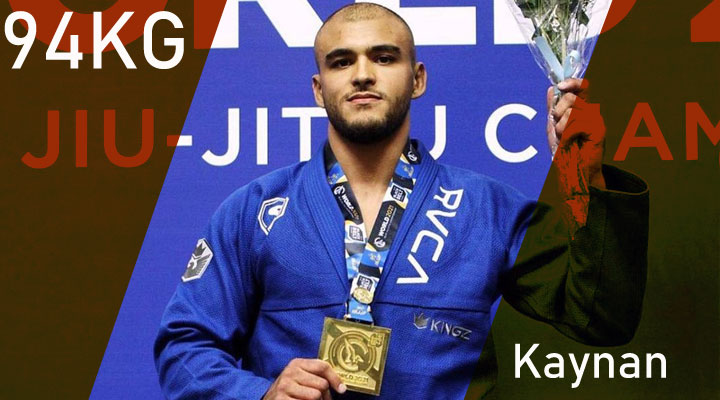 An atypical heavyweight division saw the majority of its top performers only compete in two or three tournaments this season, a dynamic possibly connected with the lack of events to compete in (particularly in Brazil).

The Number 1 heavyweight, in particular, only competed once this year, but his dominant victory at the World Championships was enough to gather the points necessary for the pole position. 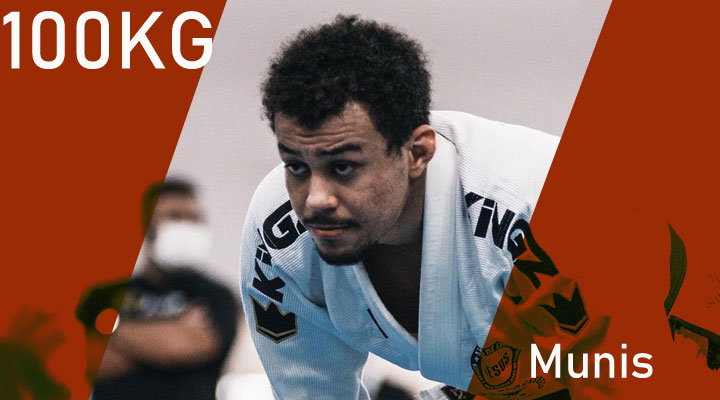 Another impressive year of an athlete making his debut in the black belt division (Erich Munis) as the new grappling generation prepares to take over from the older one, a narrative further outlined by the recent retirement from gi jiu-jitsu by the 2021 second-ranked grappler, the current world open weight champion, Felipe Pena.

Erich Munis, the youngest of the Munis Brothers, did not compete in a few big events in the US due to the current COVID19 restrictions, and only made himself known to the US public at the 2021 World Championships, but on his way to the big show, this incredible young man amassed many important wins which earned him the #1 spot. 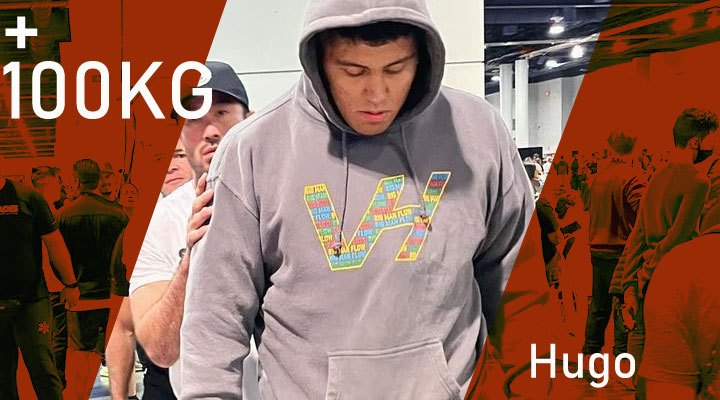 The first year for a very long time without seeing the almighty Buchecha leading the ultra-heavyweight rank. The absence of the sport’s most accomplished athlete left a big hole to fill in the division, luckily we had no shortage of talent ready to fill that void. None bigger than the highly impressive Victor Hugo.

The most dominant ranking champion this year, Victor Hugo conquered nearly twice the amount of points gathered by #2 Yatan Bueno.

Unable to compete in many international tournaments this year, Bueno of Dream Art / Boi JJ still managed to conquer a second spot in the overall ranking, which is truly outstanding. For those who do not know Yatan yet, best read up on the big man from Goiás, he has a brilliant future ahead (BJJ Heroes profile here).

Due to the smaller size of the female divisions, we have opted to do an overall take on the Top 10 female athletes, combining all weight classes, while taking into account solely medal placements and removing 1-on-1 match-ups. This decision to remove the clashes was taken due as the majority of ranked players met the other ranked athletes of the same weight class multiple times throughout the year. 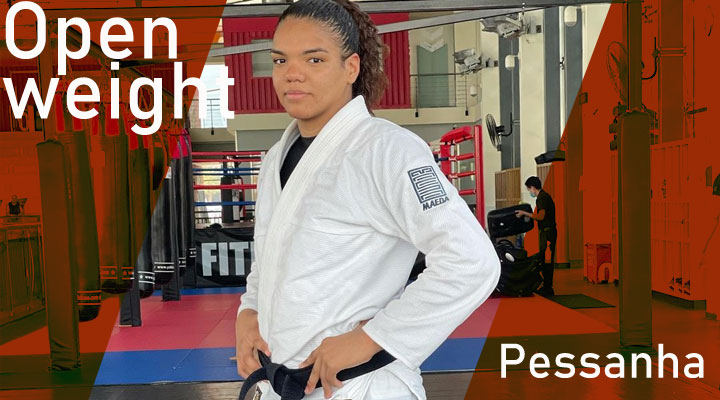 Without a doubt, the most impressive female athlete of the year was Gabrieli Pessanha. The City Of God phenom did have a rough start of the year, losing the Brazilian Nationals (weight class) to Yara Soares, but managed to overcome that in the following events.

Much of Gabrieli’s place on the ranking was due to her open-weight medals. If judging solely the weight classes medals, Anna Rodrigues of Dream Art would reign supreme. The superb 2021 campaign of Rodrigues saw the young prodigy win the Super Grand Slam with gold medals at the World, Abu Dhabi World Pro, Pan American, and Brazilian National Championships.