The seed of jiu-jitsu planted on American soil by Rorion and Carley Gracie many moons ago has developed into a beautiful healthy tree and one could definitely make a case for it having overshadowed its Brazilian roots.

Today, we see USA’s jiu-jitsu market as the largest port for both the industrial and creative side of this sport/martial art, with most of BJJs technical innovations spawning from this region, be that the lapel game started by Keenan Cornelius or the heel-hooking innovations laid out by Eddie Cummings and the Danaher Death Squad.

Below is a compilation of the information we have gathered over the years, which tells the story of this American growth and who made it possible.

1960s – ROLLS GRACIE
Rolls travells to the US on a regular basis to see his mother, who lived in the NYC area. He tries to settle there during the early 70s, however, due to his status as the “family champion” at the time, he is called back to Brazil by his uncle Helio Gracie, to continue his work promoting the family style of combat on the mats. His account of the country would inspire other family members to move north.

1972 – CARLEY GRACIE
The Gracie Jiu-Jitsu pioneer, Carley Gracie is invited to teach his family’s trade at the Marine Corps Base in Quantico, VA, after an initial introduction to jiu-jitsu was made at the USA consulate in Rio. Carley taught across the country after that first Quantico experience before settling in California in 1979.

1978 – RORION GRACIE
After hearing stories of America from cousin Rolls, Rorion decided to move to California. He worked several odd jobs in the cleaning industry while growing his BJJ student portfolio, teaching from his garage. This project would be one of the most important elements in setting the tone for future BJJ entrepreneurs.

1988 – RIGAN MACHADO
Regarded as the #2 in the sport, at the time – behind Rickson Gracie, Rigan initially arrived with the idea of working in the Bay Area (San Francisco), due to the support provided by Cesar Gracie, who lived there. Machado didn’t adapt and instead joined his cousin Rorion’s gym as a staff member.

Rigan remained at the Gracie Academy for one year but left in disagreement with the management to open his own grappling gym. Two years later he called for the help of his brothers John and Carlos, and in 1992 Jean Jacques also joined the group, establishing the Machado Jiu-Jitsu brand as one of the strongest in the country. 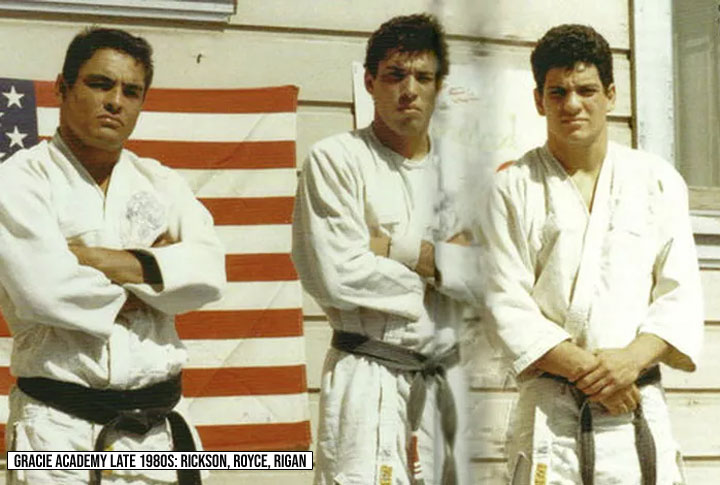 1989 – RICKSON GRACIE
During the late 1980s Rickson moved to California to work with his brother Rorion at the ever booming Gracie Academy, he would open his own gym a few years later and continue the Gracie expansion on the West Coast.

1990 – MAXERCISE
The legendary Steve Maxwell, a student of Rorion and Royler Gracie, opens the first Gracie approved jiu-jitsu gym on the American East Coast (Philadelphia). Although an athlete throughout most of his life, Steve was a blue belt in BJJ at the time, though his academy, Maxercise, was a big step forward in energizing the jiu-jitsu scene in the Tri-State Area.

The Maxercise academy grew exponentially, reaching as many as 250 grappling students at the time. Feeling a demand for a competitive grappling outlet, Steve also organized the first amateur tournaments in the area.

1991 – CRAIG KUKUK and REYLSON GRACIE
One of the first students of Rorion Gracie, Craig Kukuk becomes the first North American black belt, a promotion that took place in Rio de Janeiro, led by Royler Gracie. That same year Reylson Gracie moved to California’s Corona del Mar, later moving to Las Vegas and finally settling in Florida’s Delray Beach. During his stay in America, Reylson called on the help of his student Joe Moreira, who would become a reference in the development of America’s jiu-jitsu.

1993 – UFC 1
Co-created by Rorion Gracie and Art Davie, the Ultimate Fighting Championship used Hollywood’s tested theme of “style vs style” in a combat arena and brought it to real life. The champion of the eight-man tournament was the smallest athlete on the roster, Rorion’s brother Royce. His outstanding achievement quickly gained him “poster boy” status for Gracie jiu-jitsu worldwide, bringing thousands of athletes to BJJ academies around the world (and likely brings them still). We firmly believe that if there had been no Royce winning the UFC, the sport would not be where it is today. 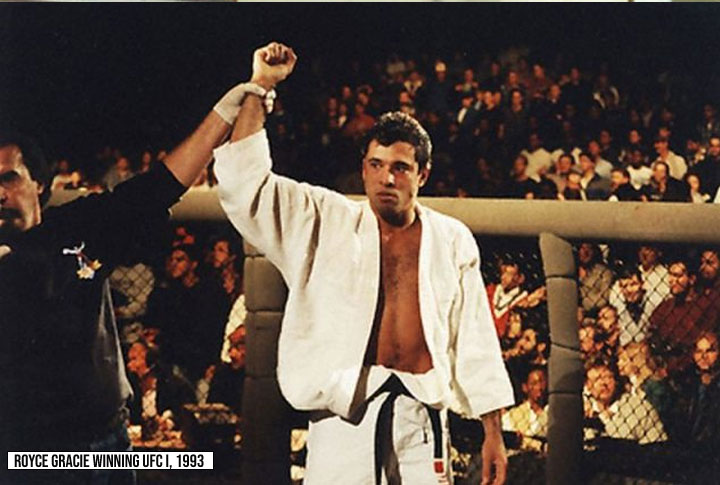 1) Romero Cavalcanti left his famous Alliance gym in Copacabana to his students Ricardo Vieira and Rodrigo Comprido and moved to the USA, opening his Miami, FL headquarters. In 2009 he would move to Atlanta where he continued his work, raising talent from the ground.

2) Renzo Gracie & Craig Kukuk merged to form a new gym in New York City. The link between the two black belts would not endure the test of time, but the gym – currently Renzo Gracie Academy, became one of the most influential academies in the grappling world.

3) Fábio Clemente opens his New York academy within one week of Renzo’s, the two gyms would create one of the better grappling rivalries on the East Coast for years to come.

1998 – GRAPPLERS QUEST
While America continued to charm many prominent Brazilian athletes in the late 1990s, one man, Brian Cimins, had a vision of gathering this surging of talent in the country to form his own competitive league with prize money and other incentives. The event, Grapplers Quest, was an absolute success for a number of years, gathering competitors from the jiu-jitsu scene, but also MMA, wrestling and other grappling arts. From the Grapplers Quest league, many important stars emerged. Names such as Jeff Glover, Bill Cooper, João Assis, Rustam Chsiev, Ryan Hall, etc.

Grapplers Quest was also one of the first grappling shows to feature big MMA names against top grapplers thanks to their strong connection with the UFC. 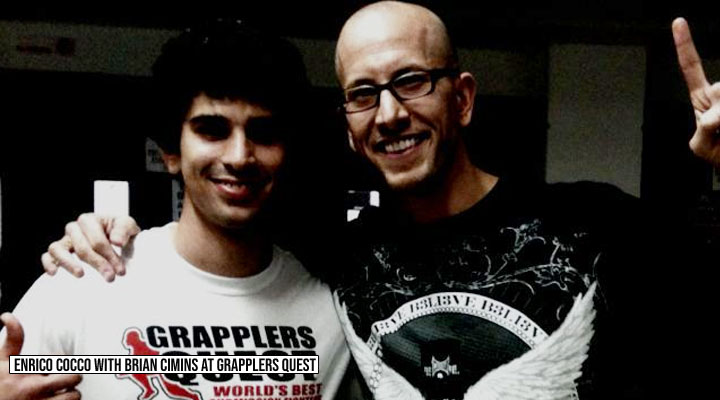 2000 – THE HILO BOY EMERGES
If anyone needed proof of America’s growth in jiu-jitsu at this point, that came by way of BJ Penn at the 2000 World Jiu-Jitsu Championship. Born in Hilo, Hawaii and referenced by many as “The Prodigy”, BJ Penn took this sport by storm, conquering BJJs most prestigious title on enemy ground; Rio de Janeiro, Brazil. Penn became the first American athlete to conquer the black belt title in 2000, he would later break records in MMA, by winning two UFC belts in two different weight classes, the first athlete to do so.

2002 – FIRST FEMALE BJJ BLACK BELT
Cindy Omatsu will forever be linked to the history of BJJ in America as she was the first female outside of Brazil to achieve the black belt rank, a promotion undertaken by Rigan Machado and Leka Vieira.

2003 – AMERICANS MAKE HISTORY AT THE ADCC
Although held in São Paulo, Brazil that year, it was the Americans Dean Lister and Eddie Bravo who came out of the ADCC with the most headlines, a big leap forward for submission grappling in the US. This was Lister’s first major tournament win, he conquered the open weight class of the world’s most prestigious nogi tournament and went on to have a very fruitful career in both BJJ and MMA. Bravo – then a brown belt, also made waves by defeating a legendary competitor of the Gracie Family. Royler.

This was Eddie’s breakthrough performance, and although he did not focus on competition from there, he went on to create the 10th Planet Academy, and gain plenty of notoriety as a coach and promoter.

2005 – GRACIE BARRA HQ MOVES TO USA
Understanding that the sport was no longer growing in Brazil, and the momentum shifting towards California, the management of Team GB, arguably, the biggest team in our sport at the time, decided to move its headquarters from the historic Barra da Tijuca neighborhood in Rio de Janeiro building, to Lake Forest, United States. The move was not without turbulence both inside the team and from an outside perspective, but it signified an important landmark for the Red Shield, who are today the most represented BJJ team in the world.

2007 – IBJJF WORLDS IN THE USA
We would argue that the biggest catalyzer for jiu-jitsu’s expansion in America came from the International Brazilian Jiu-Jitsu Federation shifting its headquarters, and, subsequentially its most prestigious tournament, to the United States. This move from Rio de Janeiro to California helped the IBJJF settle in America and further its reach in the Northern Hemisphere.

As it happens, the IBJJF expansion plan worked very effectively for the federation and the sport. It also drove more of Brazil’s top talent migrate to the USA, in search of the best tournaments, which were carried over to the United States.

2009 – ATOS HQ OPENS IN SAN DIEGO
Although still focussing on his MMA career at the time, André Galvão opened the Atos San Diego academy in 2009, going on to allocate more of his resources into BJJ at the start of 2010, disheartened with mixed martial arts after a failed attempt at The Ultimate Fighter series (TUF).

The Atos camp would grow stronger in 2012 when Rafael and Guilherme Mendes moved to Costa Mesa, California, and opened – with the support of the RVCA brand, the Art of Jiu-Jitsu (AOJ) gym. The strength of AOJ and A-HQ would lead to two team victories at the IBJJF World Championship (2017-2018), this way becoming the first team to conquer this important title with a team whose majority of athletes were developed by its USA affiliate network.

2014 – THE BIRTH OF EBI
Even though the ‘submission-only’ movement had been around for some time, it was somewhat of a dying platform with little to no credibility in the sport’s mainstream circuit. That changed when 10th Planet founder Eddie Bravo started his own tournament, the Eddie Bravo Invitational (EBI), a show that followed this same ruleset, and added their own overtime strategy to captivate an audience.

Backed by an enormous network, Bravo brought thousands of eyes to the tournament and gained the interest of the UFC and their Fight-Pass platform, who bought the broadcasting rights to the tournament. A landmark in grappling due to the dimension and reach of the Fight Pass TV scheme.

The success of EBI called on the attention of numerous other investors, interested in the submission-only ruleset for streamable events, which in turn created a boom for professional grappling. The importance of EBI should not be forgotten as it set the pace for countless other platforms and launched many names on to a wider audience, names such as Gordon Ryan, Garry Tonon, Eddie Cummings and Geo Martinez.

Another effect of the EBI is how it helped propagate the heel-hook game, by giving it the right ruleset for this type of techniques to prosper and gain an audience. 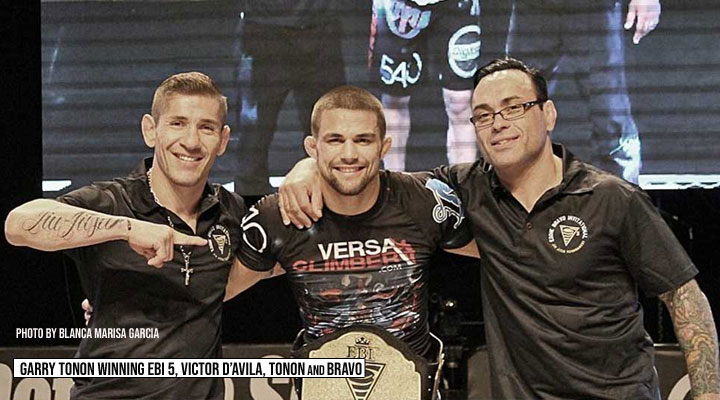 The wide number of professional and amateur events has gone through the roof in recent years, particularly in America. This has caused a demand for talent, to which the sport has continuously catered for.

The representation of American born or American naturalized citizens has never been as high as it is today, with talent being brought forward on every major platform, from every corner of the country, and grappling becoming more of a professional avenue for young athletes. With with no slowing down in sight, the foundation that took nearly 50 years to settle looks steady and ready to face future adversities with optimism.