For most modern-day athletes trying to become serious submission grapplers, it is nearly unanimously agreed that Brazilian jiu-jitsu would be the optimal sport to start from. Serious questions arise from this starting point, namely which system within BJJ should one start with? Is focussing on the gi necessary? Are submission-only based training camps really teaching jiu-jitsu?  Etc. All these are pertinent questions, though, for some prominent grapplers, these were never even asked as they achieved their grappling prowess by focussing on other submission orientated combat styles.

The hegemony of BJJ in mixed martial arts, a sport that propelled jiu-jitsu’s name worldwide, started when the UFC opened its doors to Brazil’s concept of grappling. This style has been put to the test in a variety of point systems and promotions, against other extremely effective grappling arts and withstood the test of time.

But the production of high-end talent is not a monopoly of BJJ, not by a long shot. Many competent athletes have come forward over the past few years with backgrounds in judo, catch-wrestling, sambo, Luta Livre Esportiva, Wajutsu Keishukai, and many more. All of these styles have produced some of the finest technicians and athletes the world of combat sports has seen, and in this piece, we go through a few of the top non-BJJ grapplers we have seen compete in recent times.

As we stand today, there are plenty of athletes competing inside the cage and on grappling mats who showcase enough talent to beat the best in jiu-jitsu. Here are 10 examples who we believe fit the description of Top Non-BJJ Submission Grappler. 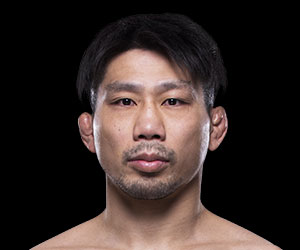 Japanese born Keita Nakamura was very successful throughout high school as a judo competitor, he later turned to Wajutsu Keishukai, becoming one of the school/style most well-known competitors.

Although famous for his outstanding skills inside the cage, “K-Taro” is also very successful at submission grappling, participating in both the 2009 and 2011 ADCC World Championship, making it to the ¼ Finals on those two occasions.

Nakamura is well known for his back takes and for his use of the rear-naked-choke, a technique he perfected even with the use of MMA’s 4-ounce gloves. Keita is currently under contract with the UFC, having 7 matches in the octagon. 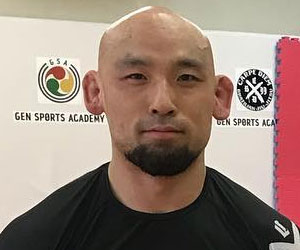 We were truly impressed with Sotaro Yamada at last month’s Quintet Fight Night 2, a tournament won by the Carpe Diem team thanks to Mr. Yamada who submitted and dominated from start to finish 4 seasoned opponents that night.

Sotaro’s martial arts background is extensive, his experience vast and far-reaching. He’s learned karate from the legendary Nariharu Kuramoto, trained MMA with Kid Yamamoto as well as Shinya Aoki and grappling with many of Japan’s legends.

The first record we found of Sotaro in a high-level grappling match dates back to 2009, an impressive submission win over Ryan Hall at DEEP. He has led a strong MMA career, and recently joined hands with Japanese BJJ team, Carpe Diem whom he represented at the Quintet event.

Sotaro Yamada is also the head grappling coach at the Gen Sports Academy in Japan, with some of the country’s main grapplers regularly paying Yamada a visit to sharpen their no-gi skills with this incredible martial artist, names such as Masahiro Iwasaki and Masakazu Imanari. 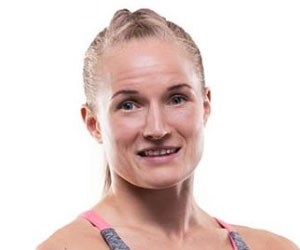 Competing out of Helsingin Paini-Miehet mixed martial arts team in Finland is Maiju Suotama who will be representing Europe at this year’s ADCC World Championship in Southern California.

By her own admission, Suotama does not train jiu-jitsu, the main reason for this peculiarity is that her gym does not offer such classes. Maiju’s talent for submission grappling has been made evident inside the cage since her comeback to MMA back in 2017, after a 6-year break. Maiju’s training schedule will be one of the most interesting side stories of this year’s ADCC and we look forward to seeing her campaign in the female 60-kilogram division. 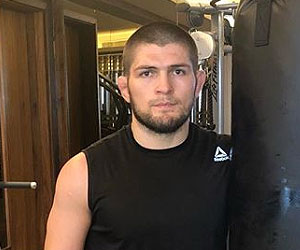 Hard to have a list of the top non-BJJ Grapplers out there without referencing the most dominant champion currently reigning in the UFC’s lightweight division.

Master of the body lock and king of the sweep single, Nurmagomedov has used grappling to master his division, being arguably the most one dimensional champion on the company’s roster – much like Ronda Rousy was in her heyday. Khabib has single-handedly placed combat sambo on the radar of MMA fans, a martial art that remained very underrated for the years that preceded “The Eagle”.

On Nurmagomedov list of “victims,” you will find huge grappling names such as Rafael dos Anjos, Gleison Tibau, Abel Trujillo, Kamal Shalorus and many more. All men he defeated by using superior grappling. 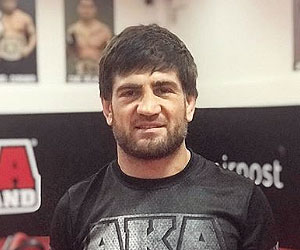 Another impressive grappler from Dagestan, a region of Russia famed for its outstanding wrestlers and sambo players is former One FC champion, Marat “Cobra” Gafurov.

Like a bat out of hell, Gafurov uses his aggressiveness to perfection inside the cage, with outstanding wrestling and his trademark transitions to the back. Once on his opponents’ backs, Marat usually ends the matches with a scary short-choke (palm-to-palm). Squeezing power as you would expect from a Dagestani.

But Gafurov’s skills are not only showcased in MMA. The Russian does make an effort to come out of his comfort zone every now and then, competing in jiu-jitsu and with the gi. Recently “Cobra” earned his black belt. On the way there he conquered the Berkut Championship in the absolute division with the gi (E.N.: Marat is a featherweight in BJJ) and faced AJ Agazarm in Russia, a match that went to the American by referee decision. 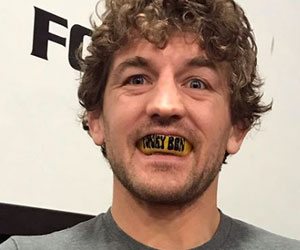 Another athlete who is hard to leave out of any non-jiu-jitsu grappling list is former American Olympian “Funky” Ben Askren. A former 2x NCAA D1 champion and freestyle Pan American champion Ben always sought to better himself as a grappler and a competitor, having conquered a gold medal at the 2009 FILA Grappling World Championship, the same year he participated at the ADCC World Championship, losing to that year’s champ, Pablo Popovitch by toe hold in the ¼ finals.

In MMA, much like Khabib, Askren has a clean record using, almost exclusively his high-level wrestling and more recently acquired submission skills. Ben, who is one of the most charismatic and likable characters in MMA today, has recently signed with the UFC, and we look forward to seeing how his elusive grappling will fair against the best in MMA. 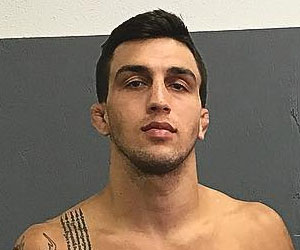 A student of Erik Paulson, Rosales has a background in wrestling and competes mainly in mixed martial arts. Still young and with a bright future ahead of him in MMA, the CSW standout, Rosales, finds the time to test his grappling skills from time to time. More recently we saw the former Bellator lightweight challenge Team Lloyd Irvin’s highly regarded pupil, Angelo Claiborne at Subversiv Challenge. Rosales lost the match on EBI overtime by riding time but showed great skills against a very accomplished grappler.

We hope to see more of Jacob Rosales in future grappling events as he is one of the very few catch-wrestlers still making waves on the professional submission-only grappling circuit. 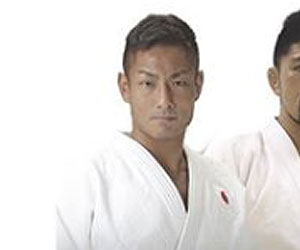 Another big name grappler out of Japan is judo black belt Shutaro Debana, a former 2x Judo Nationals bronze medalist, Debana has been focussing on his mixed martial arts career for the past couple of years, having all wins (3 so far) by armbar.

Shutaro also impressed us at the Quintet event, where he dispatched 2 veterans with ease and a flashy grappling style. Strong takedowns, grappling creativity, and fantastic killer instinct make Debana a real pleasure to watch under grappling and MMA rules. 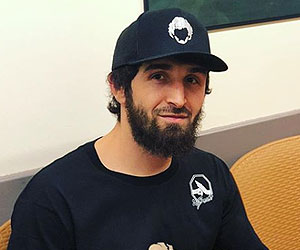 We swear we aren’t being biased towards Dagestan, the reality is, this is a real hive for grappling talent. Scarily so. Many make the case for Zabit being the most well rounded MMA fighter currently in the UFC, and although we could argue there is still plenty to see from Magomedsharipov to make that claim, we would not argue he is right up there with the very best. Zabit started wrestling competitively at the age of 10, going on to add Chinese boxing (Wushu-Sanda) in 2003, training under Gusein Magomaev.

Although one cannot point to a specific combat style in Magomedsharipov’s game, the reality is, his grappling is nearly flawless. Outstanding submissions, strong takedowns, and fantastic movement have made Zabit the most feared featherweight in the UFC.

If we had one wish from the ADCC gods out there, that would be to see Zabit compete at the ADCC World Championships in California this year. Maybe, if we pray hard enough, it will happen. 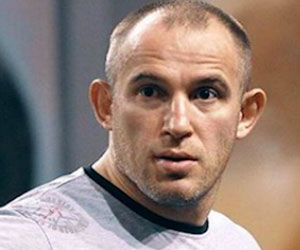 The most well known Ezekiel choke specialist in MMA, 41-year-old Alexey Oleynik defeats the concept of time by maintaining his status as one of the best grapplers in the UFC today, with 5 of his 6 wins in the octagon coming by way of submission – 4 by choke.

Highly unorthodox when grappling, Alexei will often give up positional dominance, or defense to attack a submission, a style totally opposite to that of jiu-jitsu, but highly in tune with the sambo style of movement before position.

In Grappling Oleynik does have a win at a no-gi event back in 2011, the Eddie Alvarez Grappling Tournament in Philadelphia and a Grapplers Quest “Beast of the East 2011” tournament.