The half guard, also known by its Portuguese name: meia-guarda, is a grappling position of unknown origin, greatly developed in the early 1990s by Roberto Correa, a well known Brazilian Jiu-Jitsu athlete. The definition of grappling guard requires that the bottom player (grappler with his back towards the mat) makes use of his legs to control the distance between himself and the guard passer (grappler on top), the half guard follows that same concept, only in this case the half guard player will have both his legs controlling only one of his opponent’s legs.

The History of the Half Guard

The half guard as a grappling position has existed for a long time, how it started or who started it cannot be pinpointed. In the Kodokan Institute, the half guard was called niju garami and it was used by old practitioners, including Tsunetane Oda (the creator of the triangle choke) who is seen making use of the position in a few video clips from the 1940s. The half guard eventually fell out of practice in Judo, mainly due to the rules set as this style advanced on to its current sporting format.

The niju garami, in the early stages of Judo, was first and foremost a holding position used to prevent the opponent from obtaining side control, from there waiting for either time to run out or to try and regain full guard control. This was the general concept of the position that traveled from Japan to Brazil in the early 20th century. For that reason, it was never seen as a ‘go-to’ move by Jiu Jitsu’s submission orientated grappling style and remained dormant until the early 1990s.

It was Roberto Correa, commonly known as Gordo, an 18-year-old purple belt under Carlos Gracie Junior at the time, who revolutionized the half guard position. The story goes that Roberto suffered a serious injury to his knee in 1989, an injury that prevented him from using his leg to its full extent for a long period of time. This misfortune caused Gordo to adopt the half guard as one of the few moves he could use to stop his sparring partners from passing. Stuck in this position often, Correa started thinking of ways to be offensive from there, his creative mind hit jackpot when he came up with a solution, the underhook.

The underhook revolutionized the half guard game and set a much-needed bridge between defense and offense in the position. Correa’s trademark move was the back take from the half guard, which gave him notoriety and immediate success on the mats, but he was creating many different variations, including the deep half guard, a variation that became very common in no-gi and MMA (mixed martial arts).

With time the half guard evolved into one of the most complex and utilized positions in the sport, both with the gi and in no gi competitions. It has also translated well on to the cage with fighters such as Fabricio Werdum, ‘Minotauro’ and many others have adopted this intricate position to their extensive grappling game. 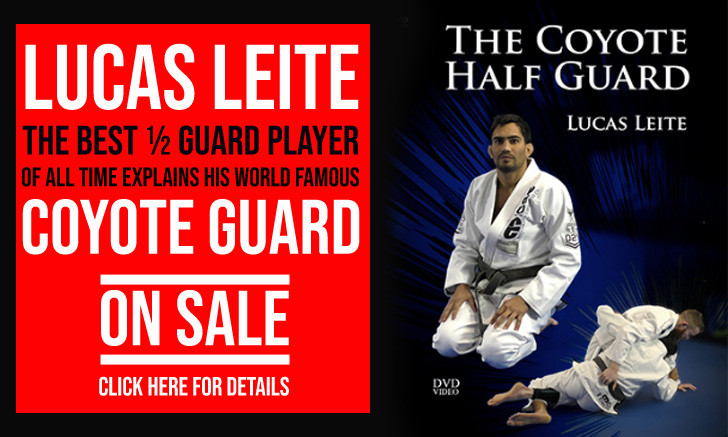 Famous Grapplers Known for their Half Guard Game

Videos of the Half Guard in Action