John Combs is an American-born Brazilian jiu-jitsu black belt under the illustrious Amal Easton, being one of the top athletes produced inside the Easton Training Centre in Colorado. A former collegiate wrestler, Combs started making an impact in jiu-jitsu as a purple belt by conquering medals in important tournaments such as the IBJJF World and Pan American Championships. A standard he maintained as he progressed through the ranks of the sport.

John Combs was born on April 7, 1991, in Cleveland, OH – United States of America, though he moved to Agoura Hills – California early on, where he grew up.

Although John had a few karate lessons during his childhood, wrestling was his first sporting passion, a discipline he started as a skinny 14-year-old. Combs’ first steps as a wrestler were done in the 130 lbs division, though he moved up in weight with every passing year, finishing his junior college career (2012) as a 165 lbs athlete. During this period John Combs placed 4th NCWA Nationals (2011) making him an All-American Wrestler.

Combs’ introduction to jiu-jitsu took part in 2007, though at the time his focus was totally geared towards wrestling, and as a consequence, his BJJ experience fell through quickly. John returned to gi work in January 2010, after his friend Jonathan Lipnicki (who trained BJJ) challenged him to a wrestling match. In this friendly contest, Combs quickly took his friend down and proceeded to pin him, but that didn’t stop Jonathan who managed to sink a kimura lock on Combs. That submission sold John to jiu-jitsu.

During his high school, John trained jiu-jitsu irregularly. It was only while already attending the University of Colorado Boulder that he joined the Easton Training Centre, this way being introduced to an outlined grappling program.

Going up through the ranks at ETC, Combs was awarded all belts by different coaches inside the team, including former UFC light heavyweight contender Eliot Marshal, who promoted John to blue belt. Also James Smith (purple), Mike Tousignant (brown), and lastly, the team’s leader Amal Easton, who led John’s black belt ceremony in June 2016, after an incredible campaign as brown belt. 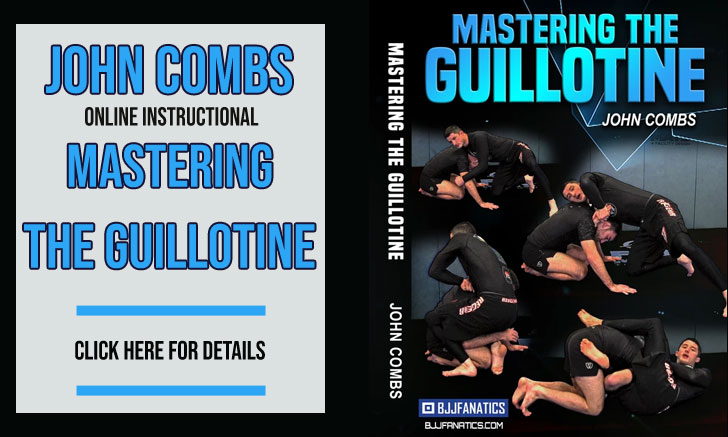