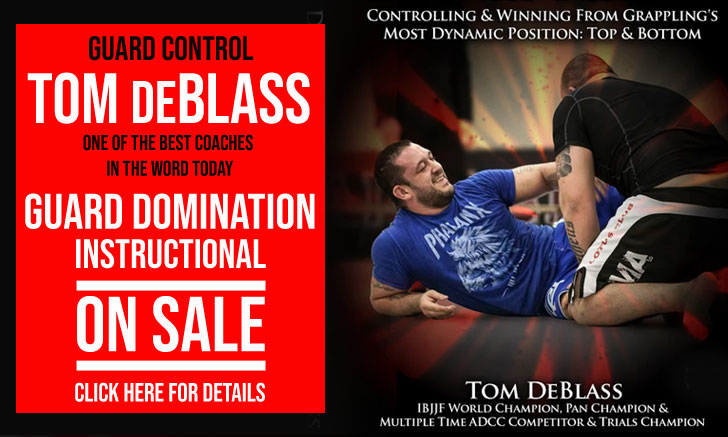 Tom DeBlass was born on the May 14, 1982 in New Brunswick (New Jersey) – USA. DeBlass started training martial arts at the age of 5 through taekwondo, a style he was involved with for 13 years, where he reached the level of red belt (one before black).

In his teens, Tom started dedicating more time to the sport of track and field, a sport which combines various athletic contests based on the skills of running, jumping, and throwing. DeBlass made long jumping his specialty, becoming one of the best long jumpers in the state at high school level, though an injury would stop his career short at the age of 18.

It was this injury that led Tom to jiu jitsu. Feeling the need to fill out the desire for competition left by track and field, at 19 years of age, DeBlass found in jiu jitsu the perfect sport to fulfil his cravings.

Tom started his jiu jitsu career at Eric Colon, though he ended up switching to Ricardo Almeida’s gym as  a white belt. He stayed alongside the famous “Cachorrao” throughout all jiu jitsu’s belt system, earning his black belt in 6 and a half years.

The coaching career of DeBlass began at the age of 24, when he opened his own academy, OCJJ. From this gym, Tom has produced several high level grapplers including as Jen Allen Russell, Kyle Cranmer and Garry Tonon.

In MMA Tom DeBlass has competed in prestigious organizations such as the Ultimate Fighting Championship (UFC) and Bellator.