The ADCC over 99Kg Division

The 99 kg + division, a historic weight category in the ADCC, having crowned the first non Brazilian ADCC Champion (Ricco Rodriguez 1998), the organization’s first sequential non-Brazilian champions (1998, 1999, 2000, 2001) as well as the ADCC’s first (and so far only) African champion (Mark Robinson).

The Division was ruled by the current UFC heavyweight champion Fabricio Werdum, who has the most match wins in the tournament at this weight class. On this article, we will go through the 2015 ADCC competitors list for this division, as well as the numbers of past tournaments.

1. Rodrigo Cavaca (invited)
With the current champion of the division out of the tournament due to a knee injury, Buchecha‘s former coach, Rodrigo Cavaca takes the vacancy and is ready to cause some trouble in the division. Cavaca earned a spot at the 2013 event, winning the Rio trials but had to stay out due to an injury. With this in mind the ADCC organization invited the leader of Zenith BJJ to participate in 2015. Cavaca’s gym is also in the State of Sao Paulo, so he should have the home field advantage.

2. Vinny Magalhaes (invited)
The 2011 ADCC tournament champion returns to the event that brought him the recognition of the grappling community. Vinny has an exciting game both from the top and bottom and looks like a very strong candidate for gold this year.

3. Leonardo “Chocolate” (Rio Trials winner)
Leonardo Nascimento, commonly known as “Chocolate” is one of the few Luta Livre Esportiva representatives this year, the famous no gi grappling style from Brazil. A veteran of the fight game, Leonardo has fought extensively in MMA, and is one of Marcio Cromado’s top students.

4. Gabriel Lucas (Sao Paulo Trials winner)
The current ultra heavyweight world champion is set to make his mark in the ADCC, a competition he will enter for the first time. A black belt under the illustrious Jamelão, Lucas (or “Fedor” as he is commonly known), won the Sao Paulo trials in impressive fashion and is a strong name in the division.

5. Paul Ardila-Ibarra (North American Trials winner)
One of the hottest prospects from the Alliance team in Orlando, Ardila-Ibarra is coming off a win at the IBJJF World Championship at brown belt.

6. Jason Lees (North American Trials winner)
A representative of team Renzo Gracie, Lees stays true to the team’s motto of recent years, having a taste for the footlock. He is a heavy set grappler who’s size might pose a threat to a few of the competitors.

7. Lee Hyoung Chul (Asian Trials winner)
Not much is known about Lee, who’s name is often displayed as “Hyung Chul-Lee”. We are told that he is a blue belt, with no experience in other grappling styles which makes him one of the least experienced grapplers ever on an ADCC finals card. With very little weight on his shoulders, will be interesting to see how this Paraestra representative will fair in a true shark tank.

8. Rodrigo Artilheiro (invited)
With Europe’s most formidable grappler out of the tournament due to a knee injury, the ADCC organizers found in the veteran Artilheiro an adequate last minute replacement. Rodrigo is one of the most accomplished wrestlers in Brazilian history, and has worked with many jiu jitsu specialists. Rodrigo is also an ADCC veteran, having competed in the 2011 tournament, losing to Janne-Pekka in the first round.

9. Orlando Sanchez (invited)
A true force of nature, Orlando Sanchez is 5’9″ (179cm) and over 250lbs. He is the training partner of former ADCC (and current UFC) heavyweight champion Fabricio Werdum, and should be a tough challenge for anyone in the division.

10. Jared Dopp (invited)
The Ribeiro Jiu Jitsu team representative is one of the top brown belts in the world, and a tough man to beat on any day of the week. On the last ADCC (2013), as a purple belt, Jared reached the semi final of the tournament, defeating former champion Vinny Magalhaes along the way. This year, thanks to his continuous sporting success and after a strong social media campaign launched by his team mates, Dopp has been invited to the tournament.

11. Bernardo Faria (invited)
The Alliance powerhouse and double gold medallist at the 2015 IBJJF World Championship has accepted the invitation from the ADCC and is regarded as the heavy favorite to win the tournament at +99kg.

12. Joao Gabriel Rocha (invited)
A strong name in the jiu jitsu community, Joao’s story is one of perseverance. This time last year, Joao was recovering from cancer, a problem diagnosed shortly after his last ADCC appearance, where he placed 2nd. Since overcoming his terrible illness, Gabriel Rocha has returned in full force, medalling at the Brazilian Nationals and IBJJF Worlds.

13. Hideki Sekine (2nd Asian Trials winner)
The famous Japanese fighter is back to the ADCC. Commonly known as “Shrek”, Sekine will look to participate in a tournament that made him known internationally once again.

14. Janne-Pekka Pietiläinen (2nd European Trials winner)
Pietiläinen is one of the most accomplished jiu jitsu competitors in Finland having won the IBJJF World Championship in 2009 (brown belt ultra heavy). Janne-Pekka is also a power lifter, specializing in bench press, so expect a lot of horsepower from this grappler.

15. Dean Lister (Invited)
The former open weight champion has compiled a few losses since his performance at the last run at the ADCC gold. Is the king of heel hooks past his prime? He might prove all disbelievers wrong as he returns to the country where he conquered his open weight title back in 2003.

16. Jeff Monson (invited)
A former 2x ADCC champion, Monson was a last minute call and it is hard to say if the 44 year old will be in shape for a full tournament considering his age, the lack of a full training camp and his style in itself, which is known to drag the fights into over time. Jeff carries a wealth of experience on his shoulders and will be a tough competitor to take out.

ADCC +99kg by the Numbers

The heaviest division in the ADCC is also one of the most varied and fascinating, having had as many non Brazilian champs as all of the other divisions combined (5). 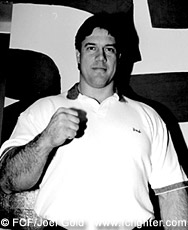 If Ricco Rodriguez made history in 1998, becoming the first American champion of the ADCC, Mark Robinson did the same for South Africa in 2001. The athletic SA powerhouse was on point that year, defeating strong candidates to the gold medal such as Vitor Belfort, Ricco Rodriguez and even Jeff Monson.

Robinson is an incredible figure in the ADCC and grappling in general, being regarded as one of South Africa’s most accomplished sporting men. Mark achieved national colours in a variety of combat sports, including: judo (1986 SA champion), swiss wrestling, greco-roman (1994 All African runner up and 1996 Acropolis GP champion) and freestyle wrestling as well as sumo (1996 world champion) and powerlifting (1990 world champion and All African double deadlift record – 675 kg/1485 lbs).

The submission numbers of the +99kg division aren’t the highest, as you would expect from a larger and more static athletes, matching the 33% submission rate of the 88kg category (the lowest of all the weight branches of the ADCC).

The legendary Marcio Cruz AKA “Pé de Pano” has the most submissions ever in the division (5), and no one has ever won the +99kg division by finishing all its opponents. When speaking solely of wins, Fabricio Werdum is the king, with the most wins at this weight class (16) and only 3 losses.

More than in any other ADCC weight division, the armbar is the king of submissions above 99 kilograms with 13 of the 36 subs recorded coming from the most famous of arm locks.