Jiu-Jitsu’s most well-known dogma is that it was created so that the smaller person may defeat a bigger opponent, an ideal that has been part of BJJs culture since the Gracie Family days. Today, we idolize the smaller athletes when they venture into the absolute division, matches such as Mackenzie Dern vs Gabi Garcia (2015 Abu Dhabi Pro), Lucas Lepri vs Kaynan Duarte (Euros 2019) or Mikey Musumeci vs Seif Houmine (2020 Euros) are still revered today.

In terms of team strength, today we see more of big gyms harvesting most of their top grappling talent from other teams as soon as they gain notoriety in the lower belts, leaving little hope for a smaller gym to make its name on a bigger stage. Programs such as Cicero Costha/Unity, Alliance/Dream Art, or Atos/Believe-Achieve do an excellent job at harvesting much of the existent talent spread around in smaller gyms, giving these athletes a boost in exposure while bringing more attention to their own association in the process.

There are, however, plenty of solid programs outside this range of elite academies, and in this piece, we will address exactly those. Although some of these may be affiliated with a larger, worldwide network, they are able to stand alone and deliver continuous high caliber athletes on a regular basis, thanks to their own internal structure and the quality of their instruction.

“Always remember that you are absolutely unique. Just like everyone else.” – Margaret Mead #bjj #jiujitsu #pan2020 #ibjjf #breakingbad

(Baltimore, MD, USA) Led by Julius Park, the Crazy 88 team often “lends” its athletes to the Team Lloyd Irvin on major IBJJF events, a common practice performed by big teams in the points race. If you are not familiar with the 88, this will likely be the reason.

Overall the Crazy 88 and Julius Park have amassed 6 NoGi World Medals and 30 World medals as well as numerous Pan and European Open podiums with the IBJJF, with no sign of slowing down, judging by the success of their kids’ team, which currently features plenty of IBJJF Pan Kids champs and future stars in Trey Bruce, Jason Dihn, Zeta Mansapit, Cira Banks, Brad Reynolds and more. 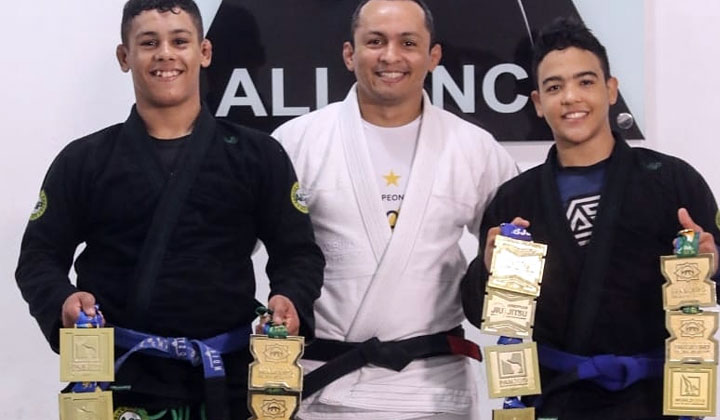 (Manaus, Amazonas, Brazil) Manaus is well known as a talent hot-bed, and no other smaller academy has produced as many high-level athletes as Alliance Manaus, at the youth level over the past couple of years.

Founded 2 years ago under the guidance of Melqui Galvão – a former Chief Investigator for the special kidnapping unit in the Elite Group of the Manaus Police Department, the Alliance team affiliate has gone from strength to strength, having produced an array of champions in the younger categories, particularly Mica Galvão and Diogo Reis, two of the world’s most proficient colored belts.

In this array of grappling talent, Galvão has most recently sealed a deal as a feeder academy for the famous Dream Art project, an elite training facility geared towards the fine-tuning of the very best rising stars on the Southern Emisphere.

(London, England) Led by Marco Canha, the Fight Zone London academy is an affiliate of the famous homonymous gym in Rio de Janeiro, though it has since somewhat surpassed its roots in numbers of up and coming talent over the past 3-4 years.

Although lesser known in comparison with big grappling hubs such as Atos HQ, AOJ, Alliance PA or GB Northridge, FZ has a large following in Europe and has dominated the London scene over the past few years, winning 8 out of 10 IBJJF London Opens (with the help of other local Checkmat hubs) over the past 5 years.

The gym opened its doors back in 2013 and has since relied on an outstanding youth program to feed the adult team with high-level talents such as IBJJF World champs Junior Fernandes and Rodrigo Mariani. The squad also helped develop the likes of IBJJF Worlds black belt podium placer Samantha Cook, Chris Newman (Euros champion), and top European circuit purple belts Magdalena Maria and Nadine Tavares.

As for Fight Zone’s youth squad, Fight Zone’s younger athletes have proven themselves to be among the best with Anabel Beard and Nia Blackman leading the way, closely followed by Isa Rahman, all multiple time Pan Kids champions on their way to solid adult careers. 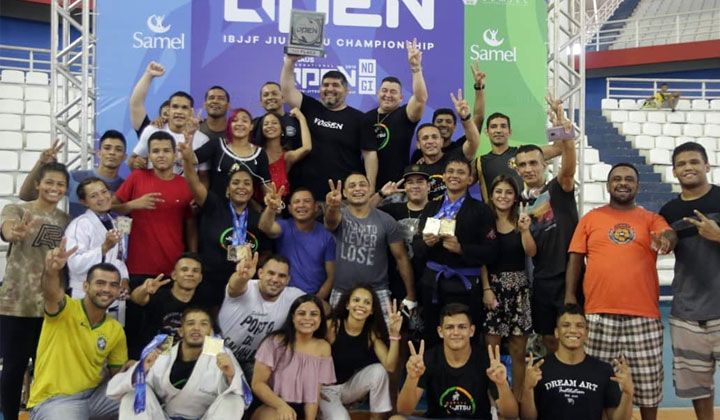 (Manaus, Amazonas, Brazil) As mentioned above regarding Melqui Galvão’s gym, Manaus one of the main producers of grappling talent, and professor Nabil Aziz is right at the forefront of talent development in the famous State of Amazonas.

Originally a student of Omar Salum, Nabil started coaching in 2003, forming his own association in 2015. From his small gym in Manaus, Aziz has poured out some of the biggest rising prospects of today, including Diego “Pato” Oliveira, Alex Sodré, Diego Sodré, and Gabriel Malheiros, with another legion of athletes climbing through the ranks as we speak, from which we would highlight the blue belt monster that is João “Bolo”.

One of the refreshing aspects of Master Nabil is his ability to work with different people from different teams. In the last few years, the Nabil Academy has been a “feeder” gym to teams such as Cicero Costha, Nova União, and Alliance, being particularly close to professor Melqui Galvão‘s Alliance Manaus, who often cross-trains with Nabil’s workgroup.

Congratulations to our competitors @kody_steelebjj , @tackett_jiujitsu and @jholy90 , amazing performance! You inspired a lot of people last night and we are just getting started! Also congratulations to the whole team, for being supportive, believing that we can and specially for showing up to train. #togetherasone #Brazilianfightfactory #checkmatbjj @checkmathq

A post shared by BRAZILIAN FIGHT FACTORY (@brazilianfightfactory_atx) on Jun 22, 2019 at 12:50pm PDT

(Austin, TX, USA) Another growing gym in jiu-jitsu’s American landscape is Rodrigo Cabral‘s Brazilian Fight Factory, the academy behind Kody Steele, William Tacket and Andrew Tacket, three of the most talked-about rising names in our sport.

Although outstanding work has been done thus far with this trio of talented athletes, the BFF academy has not rested on its laurels and is still working hard to produce more high-end talent. Breaking out on the lower ranks are competitors such as IBJJF World Gi and NoGi champ Tiffany Butler, the 3rd Tacket brothers prospect Caleb as well as Teen 1 division prospect Jackson Glass, to name a few. Very solid work by Mr. Cabral and the Brazilian Fight Factory coaching staff.

The Dark Horses of the ADCC 2022 World Championships