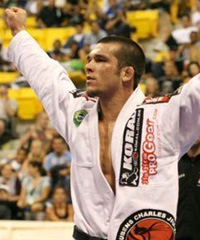 This year’s World Cup Pro Trials are about to start. In March 2010, the selection of the best BJJ athletes will be made on mat’s throughout the world.

The famous competition will have it’s annual main event in Abu Dhabi, with it’s main prize being a desirable nice fat check and the prestige that comes with being a World Cup Pro gold medalist.

The trial events will be held as displayed bellow:

The best BJJ Fightwear only at: