UWW: A Big Player Pushing For BJJ in The Olympics

BJJ Heroes,
6.13K 0
UWW: A Big Player Pushing For BJJ in The Olympics

Quietly growing its fan base and internal structure in Submission Grappling is the United World Wrestling (UWW). This jiu jitsu based wing of the organization was designed with the intent of placing our sport in the Olympics, a mission heavily supported by the federation’s president, Mr. Rizvan Bochkaev of Russia. 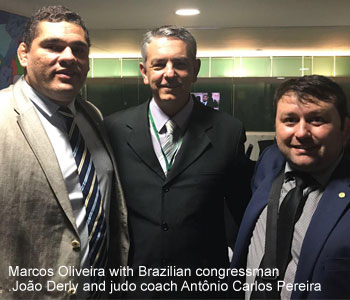 To ensure the message is well spread throughout the world, Bochkaev added the Brazilian Marcos “Santa Cruz” Oliveira as one of UWW’s grappling ambassadors. An iconic figure in wrestling, judo and jiu jitsu, Santa Cruz was a member of Brazil’s national judo and wrestling squads as well as a former UAEJJF Abu Dhabi Pro champion. His vast curriculum and knowledge does not end on the mat, as Oliveira is well versed on the “ins-and-outs” of backstage politics in sports. These unique characteristics have placed him at the forefront of UWW’s Grappling Olympic Dream team.

“The big objective of the UWW grappling wing is to reach the Summer Olympics in Paris 2024 or Los Angeles 2028,” said Marcos to BJJ Heroes, and for that purpose, the United World Wrestling has already a powerful international governing body linked to the Olympic Committee. “This bond with the UWW will be the door towards our Olympic Dream” he mentioned.

The idea is not to rival with established brands of the sport, “The IBJJF is the UFC of the gi, the ADCC is the UFC of no-gi, they are run by private companies. We come in with a different proposal: To include the sport in the Olympics.” And the gears seem in place for that to happen with the inclusion of grappling being already in the IOC’s agenda for the Continental Games and World Cup next year. 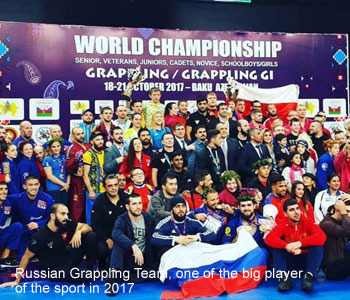 With strong links to Europe and Asia, particularly Kazakhstan, which held the federation’s World Cup, Asian Championships and the World Championship since BJJ black belt, Mr. Alin Kanat took control of the national Grappling Federation, the UWW is now hoping to expand its brand to the birthplace of BJJ: Brazil. “last year I had some meetings with the [Brazilian] Minister of Sports” said Marcos, “together with Rogério Sampaio and the federal representatives Maria Helena and Laura Carneiro, hoping we can hold the World Grappling Championship in Brazil very soon”.

With the UWW World Championships taking place this month in Kazakhstan (which will feature the Miyao Brothers), the race to get submission grappling on the Summer Olympic Games is officially on.

This merge with the wresting lobby is placing grappling in a prime position to achieve its goal, a bid that will rival the one being formed by the UAEJJF, who is also pushing for a jiu jitsu inclusion in the most global of sports platforms. The UAEJJF’s link to the IOC, however, has been made trough Ju Jutsu’s international body, campaigning under the newaza discipline. Interesting times ahead for grappling.

E.N.: Some of the material displayed on this piece was gathered by Brazilian reporter Diogo Santarém.