As far away as possible from the jiu-jitsu hotbeds of São Paulo, San Diego or London is the small Ukrainian town of Kropyvnytskyi. The obstacles to the town’s grappling success pile on when considering its distance from the sport’s aforementioned cultural capitals and even its own country’s capital – Kyiv – a 5-hour drive away. Nevertheless, it is currently one of the leading breeding grounds for European Jiu-Jitsu talent.

The driving force behind the town’s rampant success is a local jiu-jitsu black belt Ievgen Skyrda (Євген Скирда), himself a student of Max Carvalho and a representative of the ZR Team’s international squad. Aside from the gigantic number of medals achieved by Skyrda’s students on the International Brazilian Jiu-Jitsu Federation’s (IBJJF) circuit over the past few years, the team has one of the most formidable kids squads in the world, a workgroup that traveled to Brazil back in 2019 and dominated the Brazilians at their own sport, in their backyard, repeating the deed in Abu Dhabi at the AJP World Pro.

The impressive work laid out by Mr. Ievgen Skyrda is not solely quantified in quality, but also in quantity, as the team currently holds over 700 child students, many of which from impoverished families who train under a scholarship at ZR Team – Kropyvnytskyi. 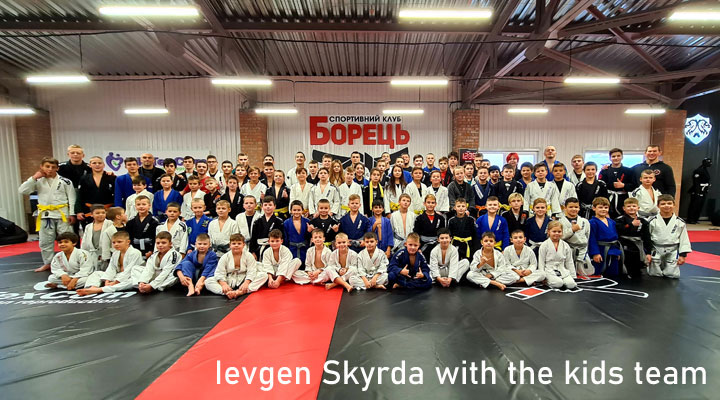 There is, more to praise for in Ievgen’s project, but first things first. Who is Ievgen Skyrda? According to the man himself, he is a homegrown judo talent who switched to jiu-jitsu: “I have been practicing judo since my childhood” Ievgen explained, “when I was 18 a knee surgery forced me to focus on the ground game. That’s when jiu-jitsu appeared in my life.”

Trying to learn jiu-jitsu in Ukraine at the time was no easy task, “there were only two blue belts in the whole country,” Skyrda told BJJ Heroes in an interview performed on January 2021. Committed to learning, Ievgen sought out Zé Radiola black belt Max Carvalho, a very respected coach on the international circuit, stationed in Hungary.

Given the scarcity of instructors in the region, Ievgen took the job of spreading the jiu-jitsu gospel upon himself: “As there were no BJJ masters in my city, I had to start teaching in the early stages of my own training. I had a good experience in judo and sambo. Reality is, it was more like sambo training early on.” 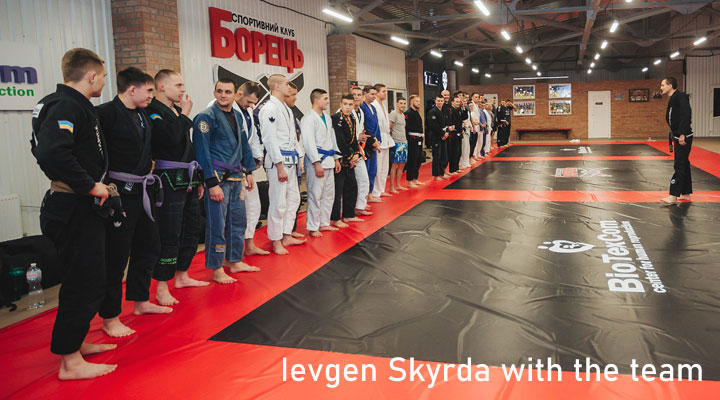 That was 7 years ago since then, the club has broken through with adult European champions such as Roman Nepota, Eliphtheria Kristodolou, and Yaroslav Blazhko (who also has a bronze medal at the worlds) and another rising Eastern European talent in Sergei Krasovskiy.

Much of the quick success seen by Ievgen Skyrda’s Спортивний клуб “Борець” academy – which, according to Google Translate, translates to “Wrestler/Grappler Sports Club” – is down to his full-time professional program, fully designed and developed by the Ukrainian coach. The set up is simple: “All our top athletes live in our house, we pay for travel to all tournaments, equipment, etc., and we also give the guys the opportunity to earn money by teaching kids groups. We live like a family.” said the team leader, Ievgen. 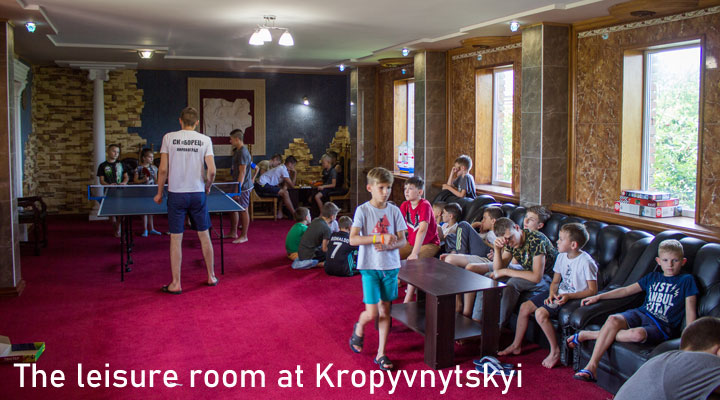 The professional squad has a group of 20 athletes mixed between children and adults, though, all together, the team has around 800 students. A tremendous achievement for any gym, let alone a jiu-jitsu gym in a small town of a country with little to no known history in this particular sport.

Very proud of his Kropyvnytskyi roots, Ievgen hopes to produce local world champions in due time, but the team is open to all nationalities, anyone who brings something to the table is welcome. Currently holding Ukrainian athletes from different regions, a Cypriot competitor, and Brazilian talent. “The main selection criterion is having a great desire to succeed! We don’t care about titles, we care about the mindset, the athlete’s desire to work for the result. It is important that he is a good, positive person. We don’t care what academy he is from. jiu-jitsu is for everyone.” said Skyrda.

Many have argued that Eastern Europe is one of the main untapped regions of the world for jiu-jitsu, given how successful countries such as Russia, Georgia, and Ukraine have been in judo and wrestling and the tremendous athletic potential that lies therein. As we stand today, the Ukraine and coach Ievgen Skyrda seem to be leading the way and hopefully opening the doors for others to follow.