The story of Mitsuyo Esai Maeda did not start (and certainly did not end) with the Gracie family. The Japanese ‘Kano Jiu-Jitsu’ master who allegedly taught Carlos Gracie and Luiz França those grappling principles that led to what we recognize today as Brazilian Jiu-Jitsu, lived a long and prosperous life in his favorite Brazilian location of Belém do Pará, in the state of Amazonas, eventually adopting a Brazilian citizenship in 1930 and changing his name to Otávio Maeda. It was here that Maeda remained until his death in 1941, leaving behind one of the oldest and most traditional grappling academies in Brazil, the ‘Conde Koma Judô Clube’.

The Japanese Mitsuyo Maeda arrived in Pará at a time when this immense Brazilian state was at it’s highest and most prosperous period. It also coincided with a period of heavy Japanese migration to the Amazon, which must’ve helped Maeda in his decision to remain in Belém, the state’s capital city. 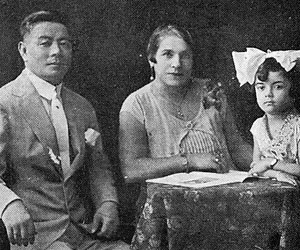 Although he settled in Belém do Pará around 1917, Maeda still traveled often during his early years there, and so it was only in 1921 that Conde Koma officially opened his own academy, around the same time when the Gracie’s left the city and moved to Rio de Janeiro. Initially located at the Clube do Remo (rowing society), in the burg of Cidade Velha, it was one of the first Judo clubs in the country. Mitsuyo remained as the top man of the society for many years forming great grapplers in the region. As Maeda grew old, the helm of the club was passed on to two of his top students named: Sebastião Oli (a second-generation Italian immigrant) and the Japanese Nakasan. On November 27, 1941, the Kodokan Institute in Japan promoted Maeda to 7th dan, unfortunately for the great Master, he never had the pleasure of receiving the honor as he passed away on the following day, November 28, 1941, in Brazil.

Maeda’s Judo students remained faithful to the club keeping the continuous stream of quality fighters. Two of the most well-known competitors to come out of the Count Koma’s Judo Club were Gabriel Hermes and Alfredo Coimbra, the later one took control of the academy in 1991, continuing the good work of his predecessors. 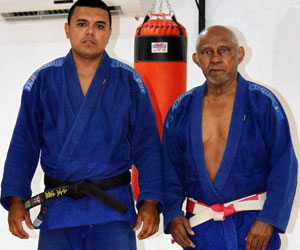 Alfredo Mendes Coimbra, a 3rd generation black belt of Maeda’s lineage became the main instructor of the academy during the 1990s, a role he kept for over 20 years. Master Coimbra was born on the 2nd of October, 1934. He started training Maeda’s grappling system at the age of 20 with both Oli and Nakasan quickly becoming one of their top students and a well-known competitor in the region. Master Coimbra competed during the 1950s and 1960s against some of the top fighters of that era, including 3 tough vale-tudo (NHB) bouts against the internationally known Waldemar Santana, the man who defeated Helio Gracie in 1955. The Alfredo Coimbra vs. Waldemar Santana trilogy took place in 3 of the most important cities of the North-east of Brazil: Pernambuco, Belém and Macapá, the results were 1 draw and two wins for Santana.

During the 50 year period, while the academy and it’s students were under the guidance of Sebastião Oli and Nakasan, the training ground moved a few times, always in the same burg of Vila Velha. In the early 1990s, as Master Coimbra took over, the ‘CKJC’ moved to SESI (Serviço Social da Indústria), where it remained for many years. According to many researchers, Coimbra taught Maeda’s style to 80-90% of the Judo black belts currently in the state, teaching most of the classes until 2012, with 58 years of Jiu-Jitsu under his 7th degree Judo belt (Kodansha).

As Master Coimbra grew older, the classes were taken over by one of Coimbra’s finest students, Mr. Alessandro Barros. The ‘Conde Koma Judô Clube’ is an unusual Judo academy, as it focuses heavily on ground-work (newaza) and has a clear and very distinct curriculum from most Judo academies’ systems. When interviewed for this piece, Alessandro Barros, the current head coach at the club, expressed his great pride in the quality of the academy’s ground game, feeling that the team is a reference to the whole grappling community. The ‘Conde Koma Judô Clube’ still produces high-quality fighters inside and outside the Judo rule set, as MMA fighter and Bellator’s star competitor Luis ‘Sapo’ could attest, a fighter developed inside the Conde Koma’s walls.