As we stand, in July 2020, with much of competitive jiu-jitsu on hold due to the COVID19 pandemic, particularly with the amateur circuit, many brand new black belts are yet to make their debuts in the upper echelon of grappling. Today we focus on ten of those who had very exciting careers in the colored belt divisions and are expected to make a big impact on the international circuit in the foreseeable future. Without further ado, here are our top 10 BJJ black belts waiting to launch their careers at the main division of the sport. 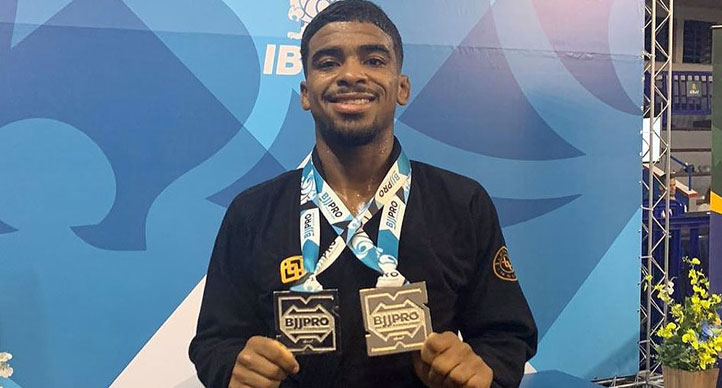 Promoted in December 2019, Jonata is 50% of the Gomes Brothers, an incredibly successful duo that has graced our sport over the past few years, of which the other half is brown phenom belt Jansen “Nenego” Gomes. Both athletes are products of Ricardo Vieiras youth program at Fight Zone Academy in Rio de Janeiro.

Gomes has a very athletic game and prefers the passing role – something not often seen in this division. He uses his speed and spatial awareness as his strongest weapons. 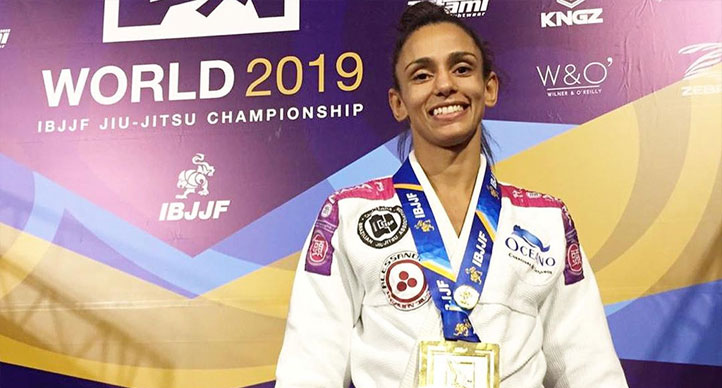 Guided by her husband, Alessandro Nunes, Jessica dominated the light-featherweight division last year as a brown belt, winning both of the sports most important tournaments – the World and Pan Championships.

Jessica is also the only athlete represented on this list, who is not associated with one of the big team players of jiu-jitsu, training in Niterói, a neighboring city to Rio de Janeiro. Caroline is an extremely savvy guard player, having a high percentage back take from her De La Riva hook, somewhat of a trademark of the young athlete. 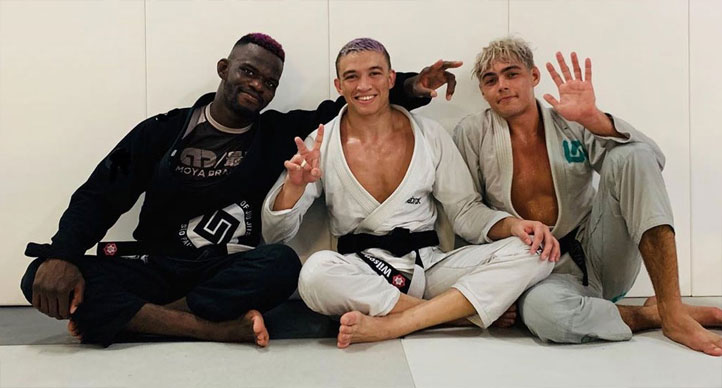 One of the most skilled competitors on this squad, Wilson often played outside his weight class during his colored belt career, sometimes going up 4 weight classes in search of a more challenging environment. This fighting attitude may have cost him an important title or two and for that reason, he is not as familiar to the average fan as he likely should be, but it may have served him in preparation for the big league.

Lanky, flexible, and with powerful grips, Moreira is the most exciting addition to the lightweight division this year, a weight class teeming with talent. W cannot wait to see him make his debut. 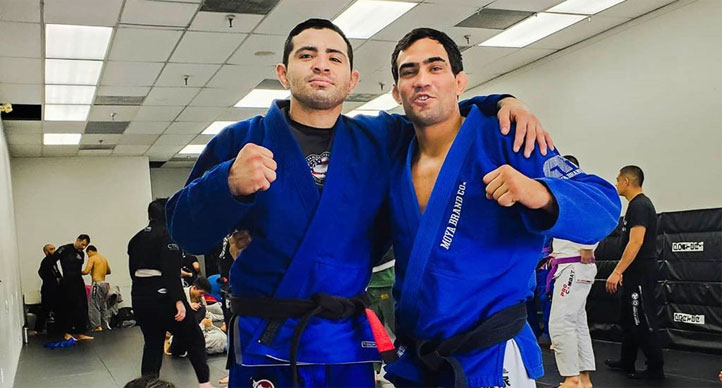 Another member of the Checkmat team, Nagai is originally from Brazil, though he was raised in Japan and currently resides in the United States. After a few years of testing different teams Jackson found a home in Lucas Leites gym. Under Lucas tutelage, Jacksons career truly blossomed with an important silver medal at the IBJJF World Championships last year as a brown belt being one of his proudest achievements.

Nagai is aggressive and well-rounded though he does his best work from a passing stance. He lives in California, close to many events in the current professional circuit, so we hope to see him debut his new rank very soon. 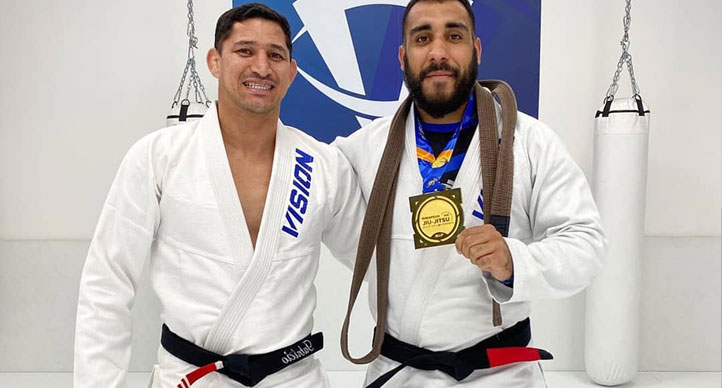 The country of Qatar has been investing in rising talent from Brazil for a few years now in a project led by Fabricio Moreira, which has gained great success in the colored belt divisions of the sport. That work is now bearing fruit in the black belt division with Tácio and Julio Arantes at the helm of this 1st generation of soldiers at the highest level of jiu-jitsu.

Originally a student of Paulo Rezende, the same coach behind big names of the sport such as Marcelo Garcia, Reinaldo Ribeiro, and Matheus Diniz, Tácios early career was that of a guard player, yet, as a brown belt, hes graced us with solid takedowns and heavy passing. It is this versatility that makes Carneiro a force in the division, particularly after a fantastic year as a brown belt when he conquered Brazilian Nationals and European Open titles as well as a bronze medal at the World Championship. 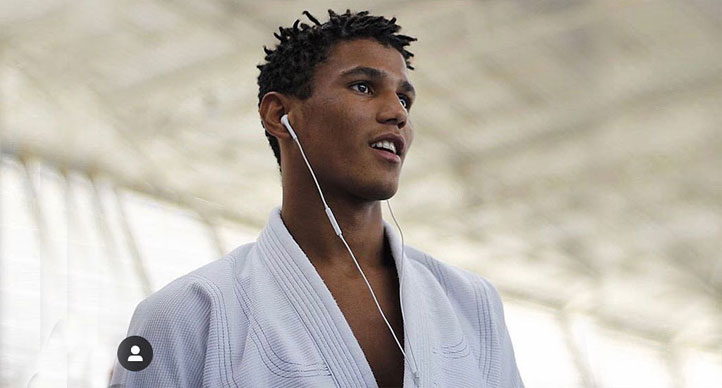 A big prospect here from the Guigo Jiu-Jitsu team, “Mey” is one of the most aggressive gi athletes in the new generation. Maquine possesses fantastic scrambles, heart, a great pair of lungs, and an undeniable killer instinct. We are excited about the prospect of seeing this young man’s development against the bigger names in the sport.

To our knowledge, Mey is also the only athlete on this list with his debut booked. He is set to face 2019s Pan and Brazilian Nationals black belt champion, Cleber “Clan” Sousa at the BJJ Stars event this weekend. 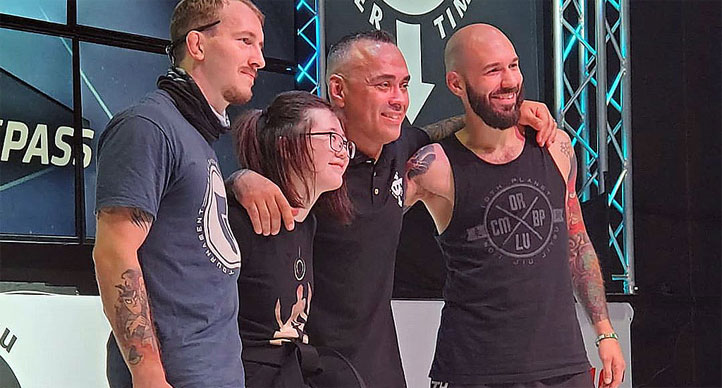 The sole ‘submission-only competitor on the list, Gundrum is a student of Zach Maslany, JM Holland, and a unique talent in the sport with a very specific style of grappling, akin to the 10th Planet system of which she derived. Heavy on unorthodox positions such as he half-guard lock-down, 100% type sweeps, twisters, and whatnot, Grace is undefeated in her jiu-jitsu career, proving her systems worth.

Thus far Grace has been somewhat of a macro-jiu-jitsu athlete, only competing under the aforementioned submission-only format and with many of her high profile wins taking place under EBI overtime rules. Now a black belt, if Gundrum opts to come out of her comfort zone, she will have a wealth of competitors to challenge and make a mark in this sport, athletes such as Mayssa Bastos, Talita Alencar, Jessa Khan, Rikako Yuasa, Amanda Monteiro, and more. Hopefully, we will see some of these match-ups in the near future. 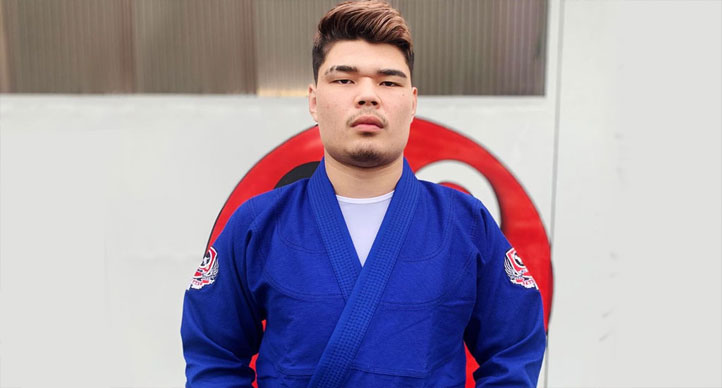 Maybe the most familiar face on this list is Igor Tanabe, a Brazilian athlete who is based out in Japan but competes for an American based academy (Eduardo Telles 99 gym in California).

Extremely talented, Tanabe has carried plenty of praise by grapplings media since the time when he was a juvenile blue belt. His undeniable flair and competitive mindset have set him apart, particularly during his purple belt run, back in 2018, when he conquered the Worlds, Pan American, and European Open.

Igor has recently become a father, and given his residence in Japan, far away from the sports prime professional outlets, it is hard to ascertain when Tanabe will be able to make his awaited debut at the highest level of the sport. Regardless, if all goes to plan, Igor will be a big name in the medium-heavyweight division. 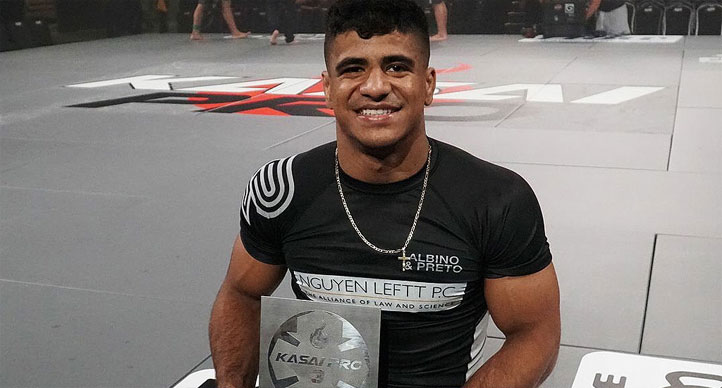 A pupil of ADCC legend, Marcelo Garcia, Matheus Lutes is a very aggressive grappler who is mostly known for his no-gi accomplishments, though he does compete in every ruleset with any uniform.

Known as a scrambler, Matheus most appreciated weapon is undoubtedly his warrior mindset, though e possesses great takedowns, stamina, and very capable guard-passing techniques to go with that heart.

On a good day, few middleweights can keep up with Lutes. Considering his accolades and how entertaining this young man is on the mats, it is odd that Matheus has not yet competed in his 8 months as a black belt, nevertheless, we hope to see that happen soon. 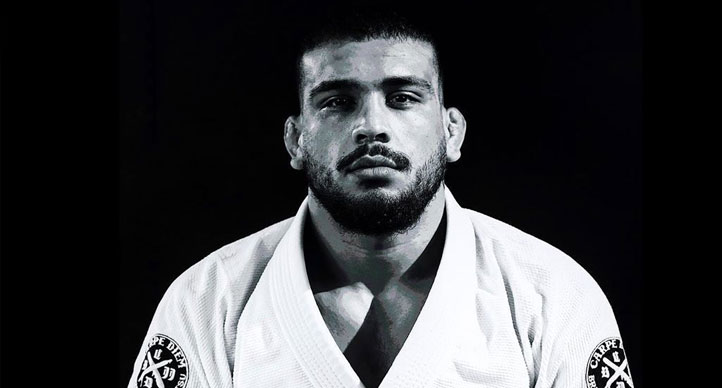 Originally a GF Team Paris representative, Mebtouche has more recently been a part of the Carpe Diem academy from Tokyo, Japan, a workgroup that has consistently produced top-tier talent over the past few years, including names such as Tomoyuki Hashimoto, Masahiro Iwasaki, and Rida Haisam.

The Frenchman has been someone weve followed since the early colored belt days, as hes earned medals in all major IBJJF events, including the top 3 (Worlds, Pans, Euros). As a brown belt, Reda repeated this trend, conquering bronze medals in all three as well.