As we alluded to in a previous article of ours, entitled – Modern Day Guard Passing By The Numbers, Guard passing is a key element in any jiu-jitsu battle, and one of the most influential facets of the sport.

The article referenced above was compiled by running through over 1000 matches of the adult black belt division with a fine-tooth comb. Those matches being collected from the sport’s top two events, the International Brazilian Jiu-Jitsu Federation (IBJJF) World and Pan Jiu-Jitsu Championships, particularly 2016, 2017, 2018 and 2019 Worlds as well as the 2018 and 2019 Pans.

From this data gathered, we were able to conclude that once a guard pass is established, the passer increases his chances of victory by 99.6%. As such, it is not surprising that the best guard passers in the business are also those with prosperous careers. But who are they? This is the question we tried to answer in this study, using that same aforementioned data collection.

To decide who the top guard passers were, we opted to only include athletes who were able to go through to at least one semi-final of one of these high-level tournaments, hoping to discern those who do it best against the best.

It is also worth noting that we removed one athlete from the list who would otherwise have been the #2 ranked athlete. The name in question is that of Kaynan Duarte. We removed the Atos representative due to his USADA sanction for use of PEDs during the 2019 World Championship. Given that his record had been officially obtained while under the influence of enhancers, we opted to rule him out of this equation, though, for the sake of the exercise, Duarte scored a 0.71 guard passing average per match. 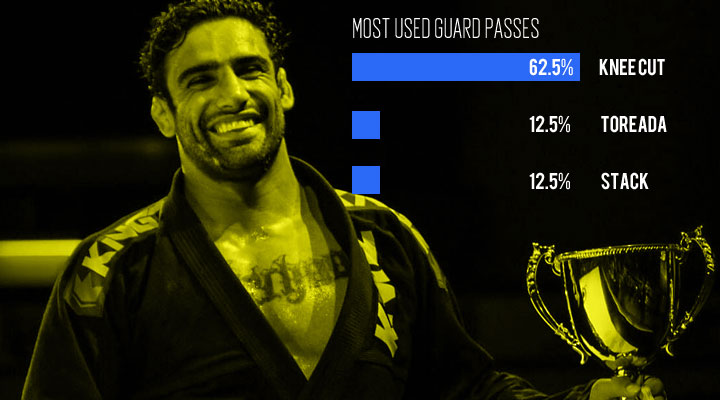 Leandro will likely go down in history as one of the All-Time Greats of jiu-jitsu, being currently the record holder for most IBJJF World titles in different weight classes (5) — light, middle, medium-heavy, heavy and open weight.

Having gone through so many weight classes, it is only natural that Leandro was forced to adapt to the varying body types he has met in his career. One of the most glaring changes in Lo’s game has been his work-rate. Once regarded as one of the most forward-moving athletes in the sport – particularly as a lightweight – by putting double digits on the scoreboards on a regular basis, Leandro has slowed down drastically, with only 1 double-digit match in nearly 3 years.

Another aspect of Lo’s game that has changed is recorded in his passing game. As a lightweight, Leandro made the stack and toreada passes his go-to, while modern-day Lo is much more of a knee cut passer. 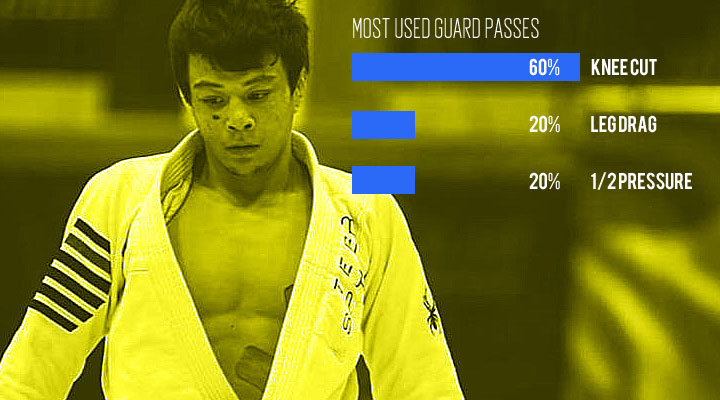 A unique case in BJJ, Paulo Miyao is the Jack Of All Trades, who can still be a master of all. A “mad scientist” of sorts, Miyao is never afraid to try a different angle, Paulo and his brother João have made tremendous advancements in modern jiu-jitsu, through their use of the berimbolo, the crab-ride, leg drag, K-guard, pressure passing, no-gi leg spaghetti and much more.

A workhorse and a technician, there are not enough adjectives to quantify how much Miyao has brought to our sport, even in the passing department, a fact that may shock a few, given Paulo’s reputation as a masterful guard-player. 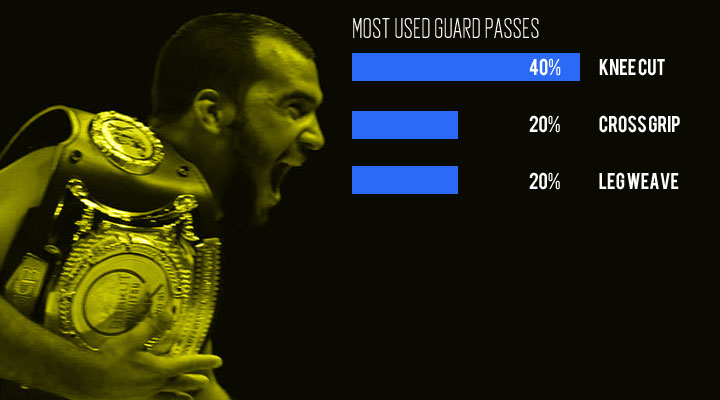 One of the most exciting featherweights in the sport, André is incredibly versatile, much like the aforementioned Miyao. Márcio brings plenty of variables to his game, going from passing to guard playing as the matches dictate. This adaptability skill is also used at a macro level when passing.

The former Nova União athlete plays with an array of passes at his disposal, the most varied guard passer on the ranking. Maybe the closest thing a guard passer can be to Bruce Lee’s famous motto “Be Like Water”. 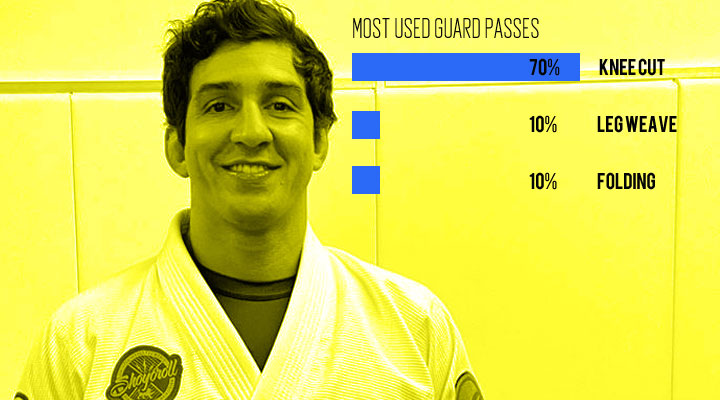 We have alluded to Lepri’s passing prowess in the past. In fact, we dedicated a whole piece to Lepri’s game, named “Lucas Lepri Vs The World” a while back, and once again, he proves why he is kept in such high regard.

One of the cleanest grapplers of all time, Lucas Lepri’s motto “Be Precise” fits the lightweight king like a glove. Lepri has made a career out of his leg weave to knee cut combination, slicing through the best guard players in the world as his stats attest to.

Although tactical, Lucas manages to also keep a very high work-rate, and just as impressive submission rate of 50% when competing against the very best in the world. 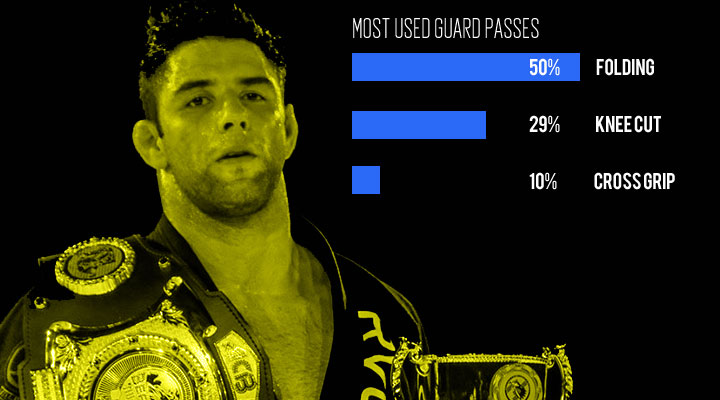 Jiu-Jitsu’s closest thing to Marvel’s Juggernaut is Buchecha, our sport’s most accomplished athlete of all time. Marcus’s consistency in the sport has been a sight to behold, as has his overall skillset. Explosive stand-up, solid guard skills and the best passing in the game.

Almeida adapted his physical prowess and made it a part of his game in a big way, with his smash passing, particularly the folding section of his system being a true menace for the top guard players in the sport. Not often do guards end a match with Almeida without being tested as his average of 0.72 passes per match can attest.