When it comes to no-gi grappling the Abu Dhabi Combat Club (ADCC) World Championship is by far the most coveted of titles. To add perspective to the sentiment, the two-time ADCC podium placer, Keenan Cornelius, recently stated on his own podcast, MatBurn – albeit jokingly, that most athletes would give their own pinkies for a gold medal at the event.

Every couple of years a fresh influx of top tier athletes emerges from the best training camps in the world for a shot at the holy grail of grappling, and every year there are odds-on favorites and those looking to surprise everyone on game day.

The favorites tend to gather most of the media’s attention, so, in this article, we are turning our focus towards those who may not have worldwide favorite status but still, in our eyes, hold fantastic chances for a medal. ADCC competitors whom we believe have the potential to match anyone’s game on any given day but are not yet recognized at the level that they should.

Although we selected 5 athletes, only 3 weight classes will be represented on this list. The reason for this being that the event is truly stacked this year, from top to bottom, and in most cases, we do not see any lesser-known contender with a real chance at breaking through to the top. 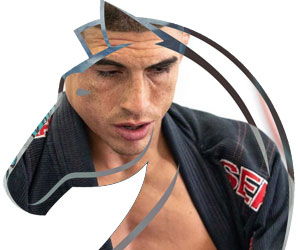 Alarcon is the real deal. The Giva Santana black belt has only recently arrived to the black belt division but has hit the ground running. “Red” has a very well rounded game for the ADCC ruleset. Outstanding scrambles, good takedowns, and a never-ending gas tank are part of Alarcon’s key assets, adding to these a fantastic fight IQ.

The toughest hill to climb for Richard will be his size disadvantage. Alarcon is a natural 135 lbs competitor and the ADCC’s lightest weight class is 145, which makes him one of the (if not the) smallest competitor on the brackets. Nevertheless, we see tremendous potential for the former D1 American wrestler, particularly given the sheer volume of guard players on the division. A major card that can potentially tear the division apart, if played correctly. 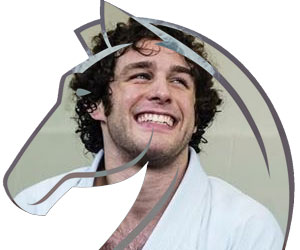 One of Marcelo Garcia‘s most talented black belts, Satava has been knocking at the door of greatness for a few years. More recently Jonathan took the foot of the pedal, competition-wise, choosing to focus on his recently opened gym (PEAK JJ), as well as on building his new family. Traditionally, these are not choices that run together with conquering the biggest title there is to win in our sport, but in Jon’s case, we would not be surprised if he pulled a “JT Torres style campaign” – JT who had not competed much in 2017, prior to his ADCC gold medal performance, also due to him launching his own business .

Satava has a very peculiar game, well-rounded on the ground, and strong for this 77-kilogram division. The big question here would be if Satava can avoid, or overcome direct clashes with solid wrestlers/takedown stylists – the only kink in his otherwise bulletproof armor. With a decent bracket, Satava can go all the way. 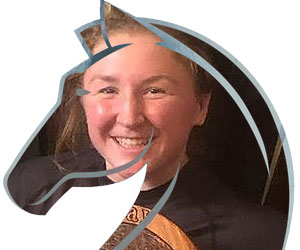 Do not sleep on this 22-year-old brown belt. The New Jersey native, Amanda Leve is a fantastic player! For many, Gabi Garcia has the ADCC +60KG division under her full control, but we see the young Leve as a real challenge to Garcia’s title aspirations.

Amanda is fast, very strong, and very submission oriented. She conquered the East Coast ADCC trials with relative ease, running through a few strong names of the sport, having proven equal success in submission-only events throughout the country. She has a killer armbar, and a well-rounded game, though she is still a brown belt, and the lack of experience may play against her in a big stage such as the ADCC. Nonetheless, a very strong candidate for the podium. 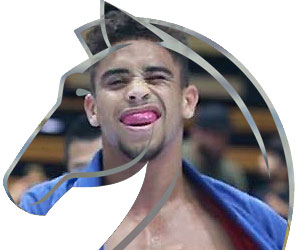 Maciel is coming in as a late replacement for his father, the current ADCC 66KG champion (Rubens Charles), an unusual storyline in this legendary event. At 22 years old, having earned his black belt 1 year ago, Kennedy is not one of the most experienced competitors in the division. Not by a long shot. To add to his handicap, Maciel has never competed under this ruleset in the past, and only competed once without the gi this year. All these should be eliminating factors for anyone trying to achieve contender status, but we still see the young “Cobra” as a key contender to his father’s vacant throne.

Very well rounded, Kennedy has in his mindset a key asset to victory. The fact that Maciel is working, daily, on the mats with one of the most experienced competitors/coaches to ever grace the earth, will likely go a long way in covering his lack of experience under this ruleset. 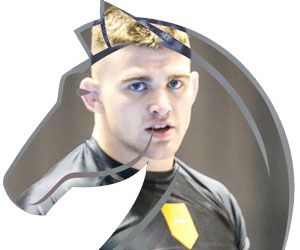 Don’t sleep on Dante Leon, he has all the tools to become the first-ever Canadian to earn an ADCC gold medal. One of the most versatile competitors in modern jiu-jitsu – something we alluded to in a recent interview with the GFT athlete. Leon has conquered relevant titles in nearly all facets of grappling, from IBJJF (gi + nogi) to submission only and more.

Dante was one of the last calls for the ADCC, as he failed the event’s trials due to previous engagements. As such he is yet to be tested under the harshness of this tournament’s rulesets, nevertheless, Dante has a varied enough game to hold his own against any style of athlete on the card. Very strong at this weight class, Dante has a crisp guard game, deadly RNC squeeze, fast scrambles and a killer mentality. Dante will be competing in THE most balanced and hardest division on the ADCC this year, but we believe he has the perfect tools to take the big prize.