Around a decade ago, Checkmat’s black belt Marco Canha enters London, England, with the intent of competing in a few European grappling events. While in the United Kingdom’s capital, he befriended a local BJJ enthusiast by the name of James Roach (Coto), the two, together with Marco’s wife Cristina Sempere, would join forces in October 2012 and launch a martial arts gym on the Eastern side of the famous city (Tower Hamlets).

The prime coaching skills of Marco Canha combined perfectly with Roach’s business knowledge, himself being a former business assessor, and with Sempere’s managerial expertise. These three skillsets were a match made in heaven for a jiu-jitsu academy, with their gym — FightZone London — growing from strength to strength with each passing year.

Located on Pritchard’s Road, a short walk from London’s busy Broadway and Flower Markets also proved to be a fantastic site for their gym, and within 3 years the Academy’s booming business was forced to open an extra floor of matted space to cater for the continuous demand for all combats sports provided at FightZone which include BJJ, muay Thai, boxing, MMA and freestyle-wrestling. 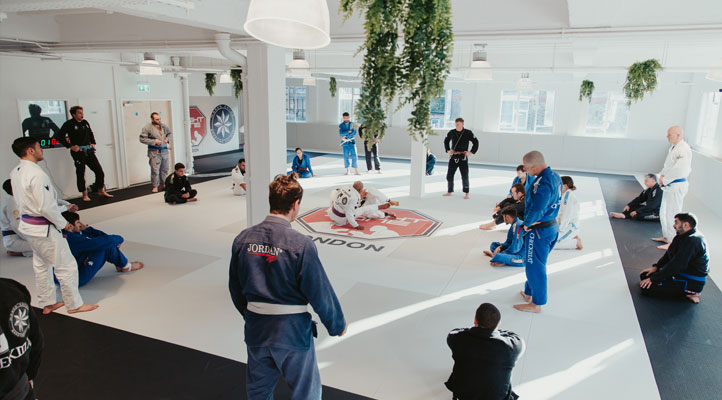 Guided by the precise coachings of Marco Canha, the team’s jiu-jitsu talent started shining through after only a handful of years and is today one of the prime hubs for developing talent in England, and arguably Europe, a statement cemented on the backs of the accolades conquered in the international circuit by dozens of FZ athletes such as IBJJF World & Pans champ Junior Fernandes, IBJJF World and European champ Rodrigo Mariani, European champion Chris Newman, the Blackman Sisters (Zuri and Nia), Anabel Lopez-Beard, Isa Rahman and many more. This while also assembling one of the “most female-friendly environments in England” as stated by FZ athlete (black belt European champ and World bronze medal as well as brown belt world champ) Samantha Cook. 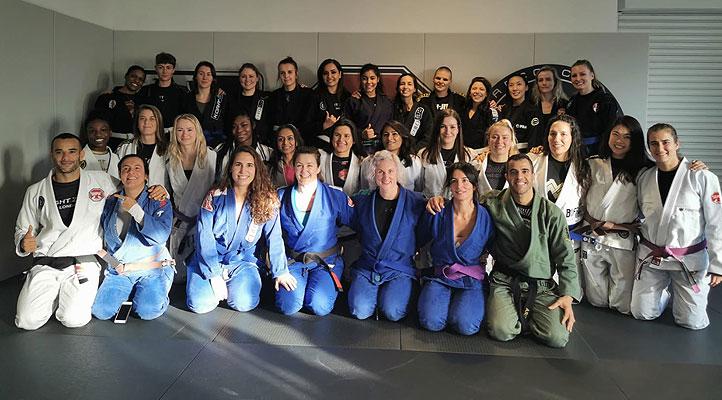 The constant stream of positive results conquered by Marco Canha’s grappling squad has led the FightZone trio to launch a sponsorship program for their top students, in association with a leading BJJ Gi brand, which caters to several of the athlete’s needs.

After 7 years of outstanding success, and now running with over 1500 students, FightZone – London decided to annex the warehouse next door and open another 2,500 square feet of matted area to the existing 8,000, making a total of 10.5k sq. ft. (975 sq. meters) of training ground. This new room set the scene for the team’s most recent end-of-year promotion ceremony, where professor Marco Canha promoted his business partner James Roach to black belt, and his wife, Cristina, with her purple.

The most recent extension of this London based academy has set them apart from the wide majority of martial arts enterprises in the Old Continent. Although an enormous operation with 140 classes per week (!) which requires intricate logistics, when talking to FightZone’s students, we truly got the sense that the family environment with which it started, back in 2012, has been very well preserved. Unquestionably one of the martial arts benchmarks of London, one we hope will continue to prosper for years to come. 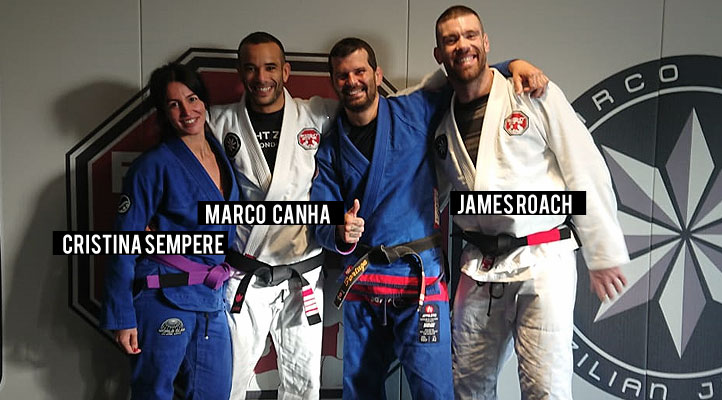