Kauan Barboza is a jiu-jitsu black belt under André “Alemão” Vasconcelos, who worked extensively with coaches Ari “Galo” and Leonardo Vieira, having represented the Carlson Gracie Academy in the past and, later, the Checkmat team. Barboza became widely recognized as one of the sport’s rising stars during his colored belt career, a time when he earned medals in the IBJJF (International Brazilian Jiu-Jitsu Federation) World Championships and Brazilian Nationals. He would later cement that status with an outstanding career on the professional circuit.

As a child, Kauan’s sporting interests lied solely with football (soccer), yet, during his early teens, martial arts sparked his interest, particularly judo. Although Barboza asked his parents to join a club where the famous Japanese trade was taught, his father was good friends with a local jiu-jitsu black belt and decided to sign the young man with his friend’s gym Instead. That friend was Ari “Galo”, a well-known member of the Carlson Gracie Academy.

In 2015, then a purple belt, Kauan traveled to North America with teammate Alexandre Molinaro to compete at the IBJJF No-Gi World and Pan Championship. During their trip, they met another Carlson Gracie team member and gym owner, André Vasconcelos (Alemão), who offered to sponsor both athletes and help them remain in the country in order to compete year-round in the sport’s most competitive circuit. The offer was accepted by the competitors who rapidly made their names known in America.

Barboza would earn his brown and black belts from Alemão, the latter of which at a ceremony held on the 5th of June of 2017.

During his time in the USA, Kauan made many good friendships at the Checkmat Headquarters Academy, in California, marrying a member of the team. This close-knit relationship with the Los Angeles workgroup led Kauan to discuss with coach André Vasconcelos a move to the US West Coast and Barboza’s affiliation to Checkmat. A decision fully supported by Alemão at the time.

Well received by team leader Leozinho Vieira, Barboza would later be offered a position as a coach in the well known grappling gym – Checkmat Headquarters. 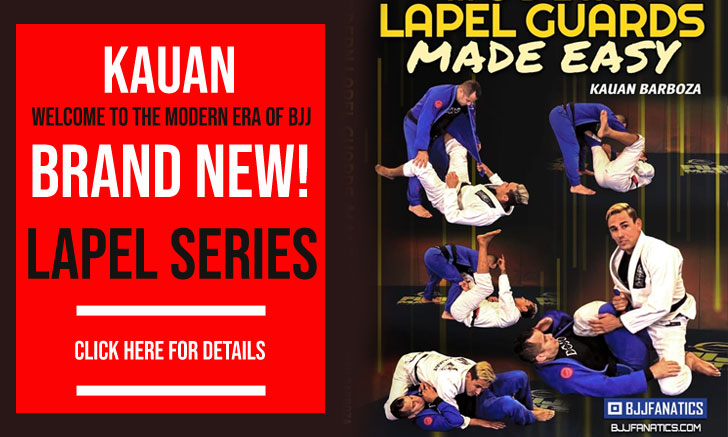