Nick Rodriguez, commonly known as Nicky Rod, is a professional grappler – no-gi jiu-jitsu specialist – and former amateur wrestler who worked extensively with coaches Jay Regalbuto as well as John Danaher while representing the Renzo Gracie Academy-Danaher Death Squad team(s). Rodriguez first made waves as a blue belt, a time when he conquered a silver medal at the ADCC World Championships (2019), arguably the toughest submission-grappling event in the sport, a privilege only achieved by a handful of athletes prior to him.

Nickname: “Nicky Rod” – short for Nick Rodriguez. Nicholas is also named The Black Belt Slayer, a nickname that was born from his early days in the sport, a time when he was already beating veteran black belts in competition.

Raised in NJ, a strong wrestling state, led Rodriguez to the mats at the age of 12. Competing for Clayton High School’s team Nicky qualified for the NJSIAA championships as a senior. After HS Rod caught the attention of Ferrum College, who brought Rodriguez to their wrestling program in the state of Virginia.

Rodrigues spent 1-year training at Ferrum and competing for the Division III college wrestling team where he went 34-7 and placed fourth at the East Regionals, albeit, failing to qualify for the NCAA tournament. After his experience with collegiate wrestling, Nick opted to pursue a modeling career while adding jiu-jitsu classes to his daily activities, a discipline he initiated in June 2018 with instructor Jay Regalbuto, at South Jersey BJJ.

Regalbuto immediately realized Rodriguez’s potential for submission-grappling, launching Nicky into the competitive side of the sport after a mere 3 weeks of training. Jay’s intuition proved right as the former wrestler conquered two pro-level tournaments in two months while holding on to an undefeated record.

After such a promising start, making a run for the upcoming ADCC USA East Coast Trials became a chance worth taking. To improve and test the talented jiu-jitsu rookie, Rodriguez and coach Regalbuto started attending different workgroups, which ultimately led them to Gordon Ryan, arguably the best no-gi competitor in the world.

Rodriguez’s first private lesson with Ryan took place in October 2018. Coach Regalbuto’s initial plan relied on Gordon also recognizing Nicky Rod’s potential and inviting him to Danaher Death Squad’s training room. The idea proved successful as Nick started visiting DDS in New York twice per week in the build-up to the ADCC Trials, taking bronze in the tournament 1 month later, with about 6 months of training. Coach Jay promoted the Jersey native to blue belt while he stood on the podium. Rodriguez made another run at the trials a few months later in California, this time earning his ticket to the main event.

In September 2019, Nick Rodriguez competed at the ADCC World Championships, one of the toughest competitions in the no-gi jiu-jitsu world, where he beat several world-class black belts on his way to a silver medal and subsequent purple belt promotion, (also while standing on the podium,) from coach Jay Regalbuto.

After his ADCC experience, Rodriguez started training full-time with coach John Danaher, both in New York and later in Puerto Rico, when the team relocated to the US-owned Caribbean island.

Later that year, in August 2021, Nicky announced his new team, one formed alongside a few of his DDS training partners, namely Nicky Ryan, Craig Jones, Ethan Crelinsten. This new group was labeled the “B-Team” with its training base being set in Austin, Texas. 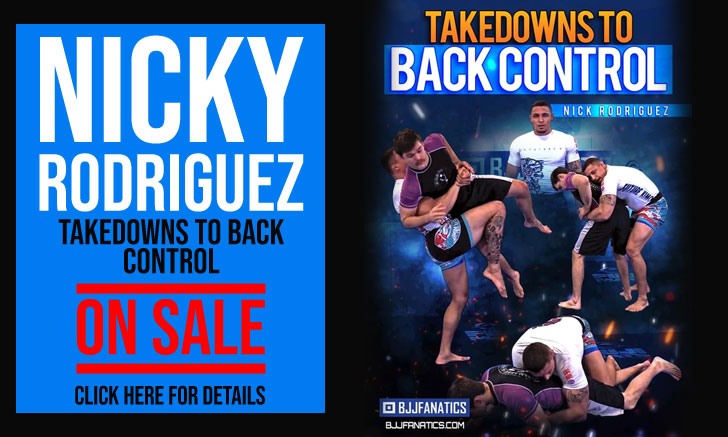 Traditionally BJJ Heroes has only accounted for adult black belt records as they signify an athlete’s entry into our sport’s elite ranks. Nick Rodriguez, however, is a special case as he’s been competing in the pro-grappling circuit since he was a white belt. This has left BJJ Heroes with a delicate predicament of defining when to start accounting for his match records.

Considering the level of opposition and the extensive list of professional athletes Nicky Rod overcame from early on in his career, we believed it would be beneficial to have his matches in the pro-circuit included on his profile, prior to his black belt promotion.