JUNE 19, 2022, BLACKTOWN LEISURE CENTRE STANHOPE, NSW – AUSTRALIA set the stage for another successful edition of the ADCC Qualifiers. This time the well-known promotion set itself to produce the representatives of Oceania and Asia for the ADCC World tournament taking place in September this year in Las Vegas, Nevada, USA.

Despite there being a strong grappling culture in countries such as China, Japan, Kazakhstan, and Mongolia, this year’s Oceania and Asian Trials was mainly populated by Australian challengers who dominated the tournament with 6 out of the 7 trials winners coming from the Land Down Under. Below are the results and a short description of the action in each individual weight class.

Arguably the most stacked division of the tournament, the under 60-kilogram (132.2 lb) weight class had big players of the world stage on its brackets, names such as Livia Giles (Absolute MMA), Margot Ciccarelli (Unity), and Hope Douglass (Cicero Costha). Interestingly, none of the bigger names made it through to the final.

Ready to upset the establishment were brown belts Adele Fornarino and Nadia Frankland. 22-year-old Fornarino of Dominance MMA Abbotsford was particularly impressive while working from her back, showing a no-nonsense/old-school game that punched her ticket to the big show in Las Vegas. Adele had been out of the game for over 1 year due to the pandemic and only recently had she returned to competition but whatever she lacked due to mat-rust, she made up for with skill and mindset. Outstanding performance. 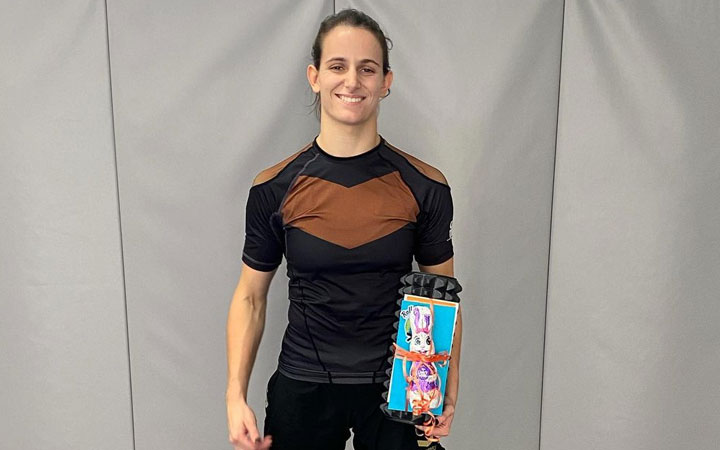 In the 60-plus category, it was all down to Nikki Lloyd-Griffiths of Immersion Mixed Martial Arts – Melbourne, Victoria, who dominated the division without suffering one single point throughout the tournament. The 31-year-old is one of the most active Australian competitors on the international circuit, battling in a number of rulesets with and without the gi.

Nikki has won a fair few big events, having in her 2019 IBJJF Purple Belt World title (gi) her biggest victory to date. She has also conquered a bronze medal at the European Open (gi) in 2020 as a brown belt. 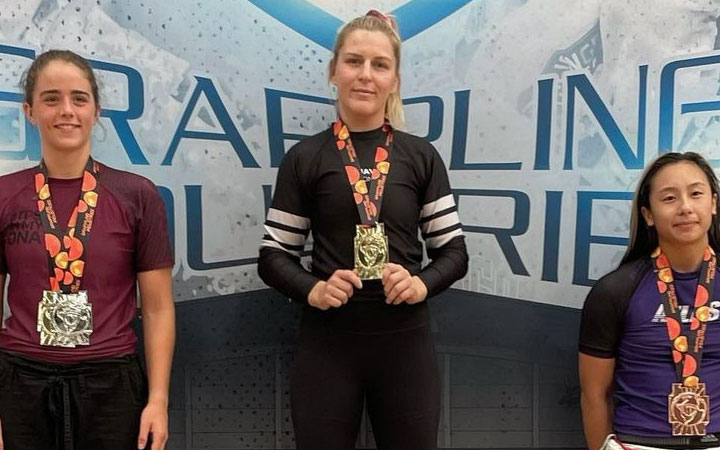 A Polaris and GrappleFest veteran, Jeremy Skinner (Sydney West Martial Arts & Absolute MMA) is widely recognized as one of Australia’s most well-known grapplers, a status that (allied with his skillset) rightfully earned the footlock expert the number 1 seed in the tournament.

As proficient as ever, Skinner played a guard-centric game across all 5 rounds, making better use of his solid leg attacks to finish all 5 of his opponents, exception made to Josh Stolton (first round) who he finished with an arm-in guillotine off a double-leg takedown.

Skinner should be seen as a worthy candidate for the podium at the ADCC Worlds in September, but despite the brilliant performance this weekend, his opening match with Mr. Stolton might have exposed a weak point in Skinner’s medal aspirations in Las Vegas, it being the lack of a stand-up game and/or willingness to play from his back, a style that has failed many talented athletes in this ruleset in the past. 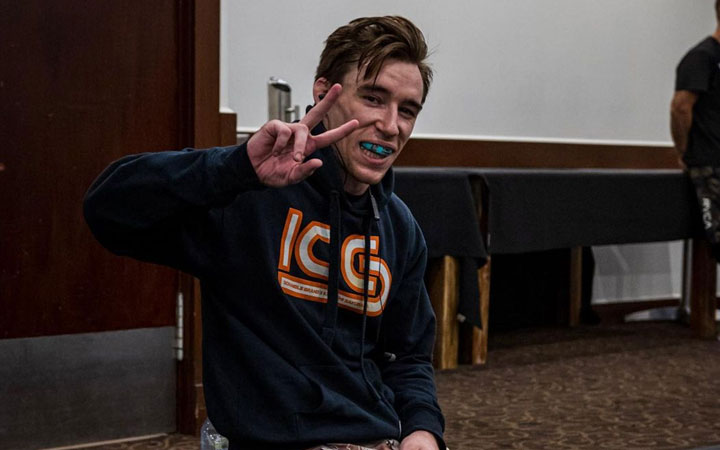 Japan’s 25YO Kenta Iwamoto continues to compress under this ruleset with yet another victorious ADCC Trials performance after winning the Asian Trials back in 2019. An MMA fighter and a student of Shinya Aoki, Iwamoto has beaten many of his country’s top players, including the legendary Imanari Masakazu.

At the trials, Kenta had 5 tough matches, taking two out via submission and 3 more via points, using his strong wrestling base to dominate the division. 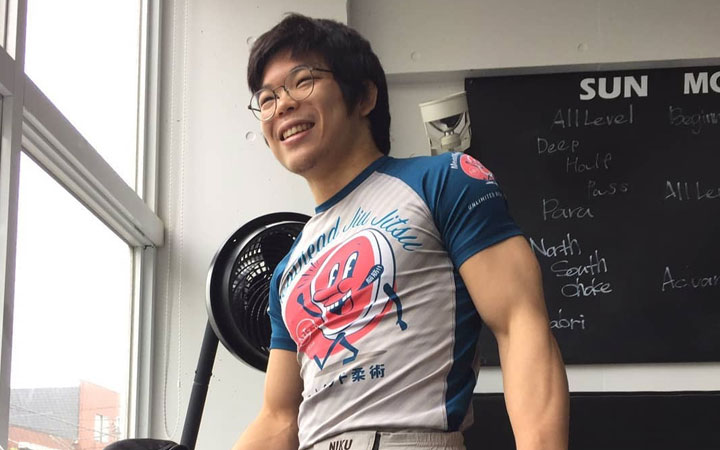 One of Australia’s most well-known veterans is Roberto (Bob) Dib Frias, a Brazilian-born athlete who adopted this country as his home many years ago. Frias is a black belt from the famous Barbosinha school in São Paulo (B9) and is the head coach of the One Purpose Academy.

Using his experience, Frias took his opponents out, one by one, including Ben Hodgkinson (2×0), who many believed to be the favorite of the bracket. A flawless performance by Roberto who did not give out a single point tonight. 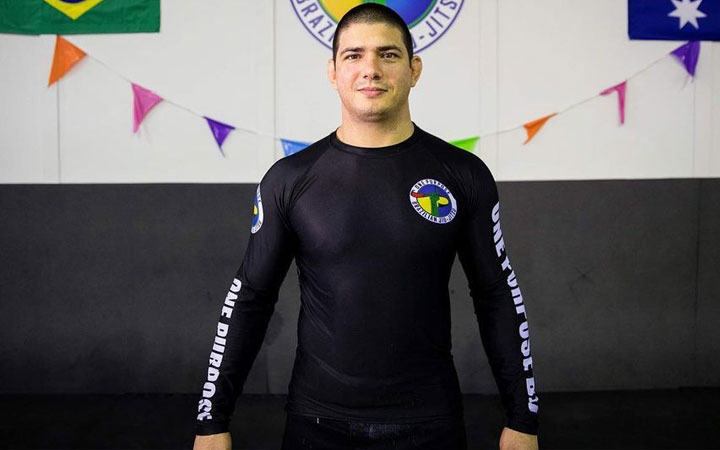 A star in the making is Izaac Michell, a 23 years old Australian who moved to the US in pursuit of grappling greatness. Training at the B-Team headquarters in Texas under the guidance of Craig Jones, Michell has continuously proven to have all the tools necessary to reach the top of the sport in the close future and this weekend’s event was yet another step in that direction.

Although his walk-around weight is more fitted for the 88-kilogram division, Michell was confident enough to step up a weight class and challenge bigger men. Despite the size handicap, Izaac showed the most balanced and well-suited game for the ADCC ruleset of the tournament, with excellent takedowns, outstanding submission hunting skills (4 matches, 3 subs) and a very strong positional game. This B-Team talent will indeed be a serious problem to many contenders come September. 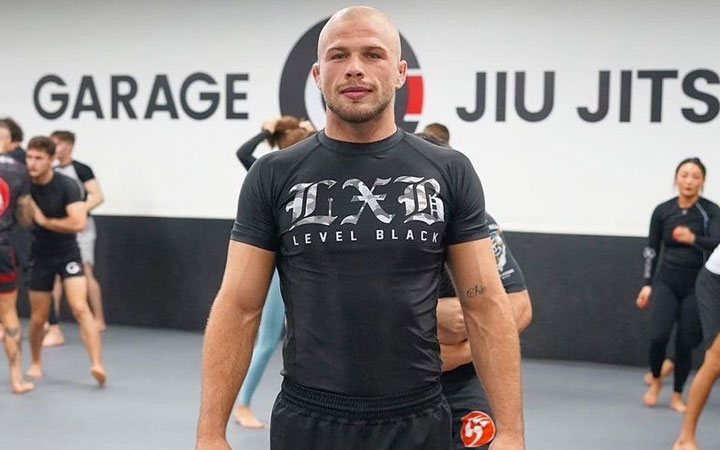 One of the biggest positive surprises of the Oceania & Asia Trials was Sydney West MA’s purple belt Josh Saunders (25). Very big and impressively athletic, Saunders submitted 3 out of 4 matches, despite having started training grappling just over 2 years ago. 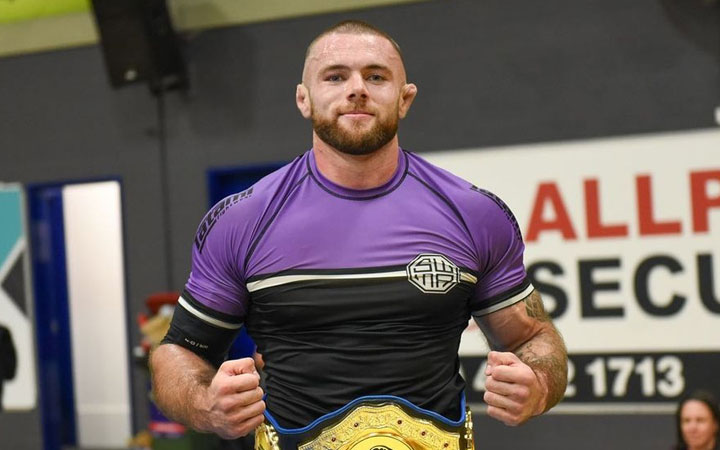