The Fightzone name is no stranger to a feature on BJJ Heroes. Originally started as a single academy in the famous Copacabana neighborhood of Rio de Janeiro, Brazil, by Checkmat co-founder Ricardo Vieira, the brand has since branched out and grown serious roots in Europe, particularly in London, England, where it became one of the United Kingdom’s jiu-jitsu powerhouses. This much we alluded to in our IBJJF European Championships report (see here) where we mentioned the British squad’s success at the big show under the leadership of London’s head coach, Marco Canha.

A great deal of Fightzone’s success in London is owed to the branch’s leadership, the aforementioned Marco Canha, his wife Cristina Sempere, and business partner James Roach. This same trio is now expanding and bringing a giant project to sunny Costa Blanca, Spain, more precisely to the municipality of La Nucia, Alicante, (Valencian Community) bordering the famous beach towns of Benidorm, Altea, and L’Albir.

Despite the bright future currently expected, around this time last year (2021) things were not looking as promising for the martial arts academy. After 8 years of hard work that led to their gym becoming one of the biggest in Europe, the Fightzone management was experiencing serious struggles due to the COVID19 pandemic and the restrictions imposed by the local government. “We lost a lot of students, a lot. But managed to maintain a third of them by the end of the pandemic, which is amazing” said Cristina Sempere of the team’s management to BJJ Heroes in March 2022. “We have some pretty amazing students that kept supporting us, our landlords helped us, we took help from the government in the form of loans, and here we are. We survived. One thing we will never forget is the help we received from these people, that’s for sure. Our community is very strong and we are grateful every day for that.”

Cristina is also one of the main reasons for the current branch-out into Spain as she is originally from this area and it was she who introduced Costa Blanca to the other two parts of the Fightzone London equation. When asked about the idea’s inception, Sempere explained: “I was born here and it is where I have my family home. We come here for holidays all the time and Marco always loved the area. The BJJ community here is pretty small – which is about to change – but Marco used to train with the people here and they were always amazed by him and always asked us to open a gym here. (…) I always thought ‘yeah, maybe one day’ but Marco was insisting a lot. James also loves Spain so of course, he went all-in with the idea. If you know James you know he loves an adventure (laughs) so I started looking for a place and we drew a plan together.” 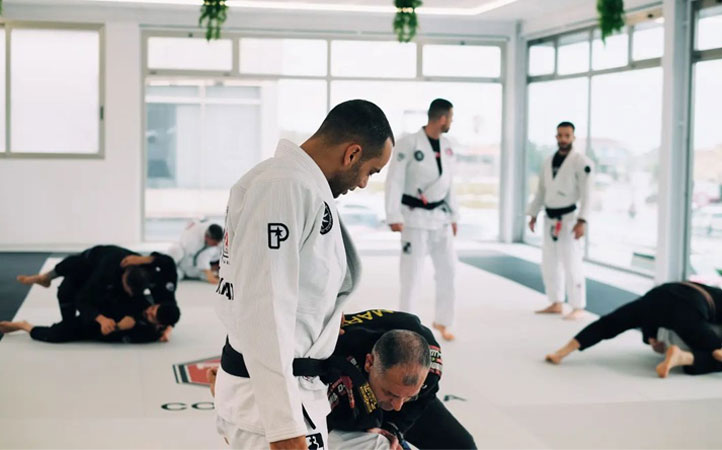 This new Spanish endeavor promises to offer a very different set of challenges to the Fightzone trio. “This will not be the same as London, of course“, Cristina explained. “BJJ is something fairly new here but people in Spain are really sporty. There are few combat sports clubs around, one has boxing but not grappling, and others have grappling but nothing else. Fightzone is definitely something new, the full package, so I’m sure this is gonna change pretty fast.” and indeed it does appear as the FZ formula is set for success. Offering a wide range of martial arts (including Jiu-Jitsu, Grappling [no-gi], Boxing, Kickboxing & Muay Thai, and Wrestling) since it opened (March 2022) all spread across a 96 class per week timetable, this is no doubt, the biggest martial arts club in mat size (500 sq meters / 5381 sq feet) and schedule in the region.

The short-term objective for Sempere is that of building something similar to what was built in East London: “We always have goals! The first one is to recreate the community that we have in London. One where people enjoy training and feel at home as soon as they step inside. Creating the same atmosphere is vital for us. We hope to be able to help people in the same way we do in London. Another goal is to create a strong competitor team as in London we could see already that this is gonna be really natural here“, with other exciting long term key goals of “creating a female team, kids team, and making BJJ as popular here as it is in the UK.” 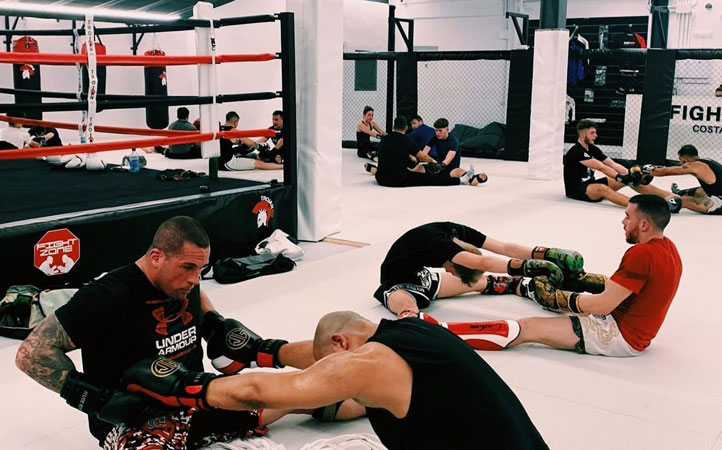 With the know-how in building big teams, experience with long term planning, and a very interesting track record of including a 50-50 (male-female) ratio across both London and Costa Blanca’s gyms with a wide range of nationalities from management to coaches, the Fightzone gym appears to be set being a big player for Spain’s martial arts ecosystem and for jiu-jitsu in particular.