For years the ADCC has been one of the most valued brands on the jiu-jitsu scene. Although with immense potential, the promotion suffered in the past from poor planning and management inconsistencies that allowed other, better-organized companies like the International Brazilian Jiu-Jitsu Federation (IBJJF) and the Abu Dhabi Jiu-Jitsu Pro (AJP) to take a big chunk of the grappling community’s audience and accreditation.

More recently, under the guidance of promoter Mo Jassim, the ADCC has been on a clear ascending trajectory. Long gone are the days of the dreaded Chinese experience (2013 ADCC tournament) as the league steadily heads towards a dominating stance in the sport’s global scene with its last 2019 event being a clear indicator of what is to come, having sold out the 4000 seats at the Anaheim Convention Center in California, and been an outright ratings success.

To assert this new vision for the organization, the ADCC has booked the famous Thomas & Mack Center in Las Vegas, Nevada, where the big show – the World Championships – will be held in 9 months’ time. An arena with 13,000 seats available, which we suspect will be packed to the brim on game day. 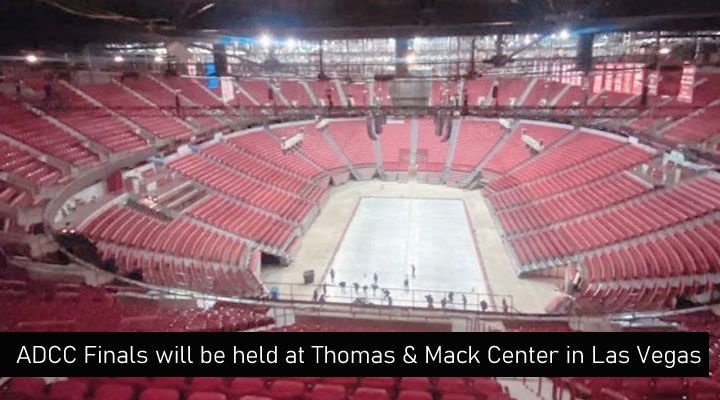 To have an idea of how strong the brand currently is, a little over a month ago the organization kickstarted its ticket sales for the 2022 world event selling 5000 seats within 45 minutes of opening. These stats appear to paint a story of the biggest ticket sale in the history of jiu-jitsu & submission-grappling, well ahead of any event done in the past.

Last November we saw one of the biggest North American East Coast Trials events in the history of the organization take place in Atlantic City, courtesy of Tom DeBlass who liaised with Jassim for one of the most talked-about tournaments of the year.

The East Coast Trials signed around 430 athletes, one of the best turn-outs ever for the tournament. This trend should continue in the upcoming qualifiers, which are already on the way to surpassing the past record of athletes held by the Brazilian Trials (490).  In addition to these positive markers, the ADCC has been seriously pushing to clarify and educate the grappling audience to its intricate ruleset, with important rules meetings being held, refereeing courses being taught, and made available online for fans and competitors, a central issue in Jassim’s vision for the promotion and a giant step in the right direction.

Up next, this year, are the two Brazilian Trials. To cement the importance of these ADCC Qualifiers, the aforementioned Mo Jassim decided to sponsor a few of the top performers on the Brazilian circuit, ensuring that this will be, without a shadow of a doubt, one of the most talent-dense no-gi tournaments of the year.

The upcoming world-round ADCC trials for 2022 will go as follows:

Alongside the long list of exciting tournaments on offer, is another important feature of this new vision of the ADCC, the launch of the promotion’s Hall Of Fame honoring the achievements of the event’s most important figures.

The release of the organization’s Hall Of Famers will keep taking place every week through the ADCC’s official social media accounts. So far, 8 names have been revealed:

All Hall Of Famer’s will have their own dedicated artwork, the illustrations being made by artist Ronaldo Aoqui and produced by BJJ Flix. These will be a part of another big undertaking by the ADCC project, a series of ADCC 2022 artwork to be released soon. These will be sold at the event’s venue. 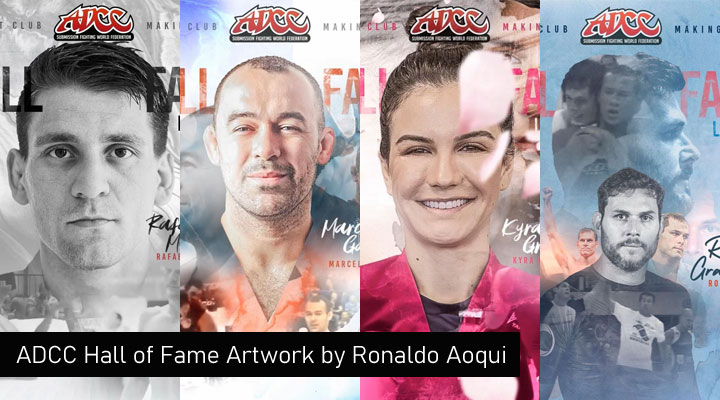 This multitude of events will be the launching pad for a new era in the ADCC brand. Bigger than ever, the Abu Dhabi Combat Club is now ready to be unleashed upon the year-round grappling tournament scene, something that will happen in the immediate future, shortly after the World Championship. This much has been indicated by Mo Jassim, who will soon be launching ADCC open tournaments across multiple countries, taking this planned growth and setting up what could very well be the future of submission grappling.