Claudio Calasans is a Judo and Brazilian Jiu-Jitsu black belt, regarded by many BJJ enthusiasts as one of the top grappling middleweights in the sport. Claudio Calasans represents the Atos Jiu-Jitsu as well as the Calasans Camargo gym, being a training partner of names such as Andre Galvao, Guilherme & Rafael Mendes as well as Bruno Frazatto.

Nickname: he is often called “Juninho” which stands for little junior

Claudio Calasans was born on October 11, 1983, in São José dos Campos, a small town located at 100 kilometers distance from Sao Paulo, Brazil. He is the son of Judo personality Calasans Camargo, the youngest Brazilian Judoka to have ever received his coral belt (white and red – received when he was 38 years old), and his uncle (who is his father’s identical twin) is also a black belt in Judo.

Being part of a family with such a strong judo background, it was only natural that Claudio also picked up the Japanese martial art, and so, when Calasans Junior reached the age of 3, he began his tuition and family tradition. Being a strong Judo competitor since he was but a child, he felt the need to train some Jiu-Jitsu when he reached 15 years of age in order to improve his Newaza (groundwork), as chokes and armlocks are allowed in Judo from that age onwards. In the beginning, he used his newfound BJJ skills in Judo competitions, but slowly the Jiu-Jitsu “bug” grew in him and he started practicing and competing mainly in the Brazilian Style.

His Jiu-Jitsu tuition took place at a Sao Jose de Campos academy called “Liga Jiu-Jitsu”, and he trained there from his Blue Belt to his Black Belt, a belt which was awarded to him at the end of 2006 by the hands of his longtime master Erivaldo Junior.

Being a very strong competitor, Calasans also joined the Wrestling team in his gym, he was very successful at that discipline also, winning a spot with the Brazilian National Wrestling Team.

After receiving his black belt, Claudio’s dream of becoming a professional Jiu-Jitsu fighter was getting faded as he was teaching classes at his gym and didn’t have time to train full time. when the Atos Jiu-Jitsu team was formed by a good old friend of Calasans by the name of André Galvão (another big name in Jiu-Jitsu), Claudio asked Galvão if he could be part of his team and was immediately accepted. So was forged a strong alliance with the team from Rio Claro, and Claudio now spends most of his time before big competitions preparing in the Southern Brazilian town.

Having fought most of his life as a lightweight, on the 2009 World Cup Claudio decided to try his luck at the absolute division. In order to do that, he went through a rigorous weight lifting program, and that is the reason he now fights in middleweight. This new program almost bared fruits immediately as he got to the semifinals of the World Cup Open Weight Division, unfortunately on the other side of the bracket was a man by the name Roger Gracie, a man who many believe to be the best BJJ fighter to have ever competed. Claudio’s end was no different than the others who fought Roger that year as he was submitted from the mount.

In 2010 at the World Pro Cup in Abu Dhabi, came the prize Calasans so vehemently fought for, winning the competition in both the Middleweight and the Absolute divisions. 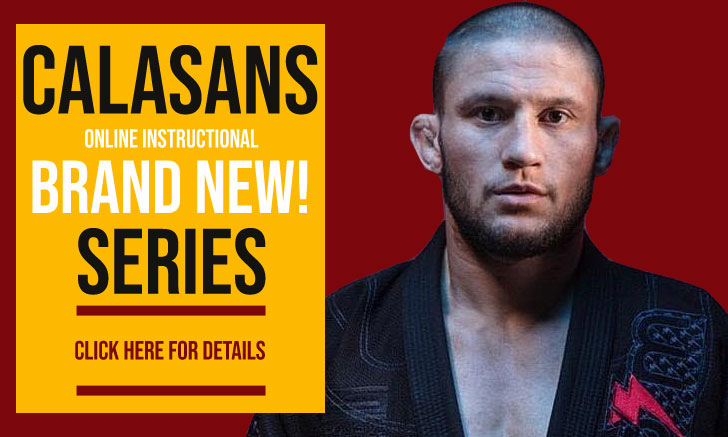