Jonathan Satava is a Brazilian jiu-jitsu black belt under the legendary Marcelo Garcia, being part of the golden generation of grapplers produced inside Garcia’s New York Academy, a team which includes Satava, Dillon Danis, Matheus Diniz, Mansher Khera, Marcos Tinoco and Dominyka Obelenyte. Regarded as one of the top prospects in the 82kg (181lbs) weight class after his wins at the World (No-Gi) and Pan American Championships (Gi + No-Gi) in the lower belt divisions of the sport, Jonathan Satava solidified this claim in his 1st year competing as a black belt, with victories over established names of the grappling world such as Kayron Gracie, Marcelo Mafra and Marcos de Souza to name a few.

While growing up Jonathan became an avid sports fan, gearing particularly towards skateboarding. He also tried to enter the freestyle wrestling world on two occasions, though those would abruptly be put to a stop: On his first attempt, Satava made his middle school team, competing on 3 occasions. His run that year would end due to an injury to the shoulder that forced him out for the remainder of the season. In high school, Jon returned to practice but broke his collarbone training before the start of the season. After such unfortunate injuries, his family convinced him to end his wrestling aspirations.

Satava returned to grappling at the age of 18, in his freshman year at college for the Stonybrook University – October 2007. The university ran an MMA class in the basement of it’s the racquetball courts, which caught the interest of Jonathan. When he first stepped into the room, he was informed that it was in fact a jiu-jitsu club and not a mixed martial arts one. Even though this was not Satava’s first choice, he did the class and enjoyed it, deciding to join the team.

Krishna Mirjah ran the jiu-jitsu class, becoming Jonathan’s instructor for a period of 3 years, with his coaching talent becoming a tremendous influence in shaping Jonathan’s own grappling style.

The group ran by Mr. Mirjah worked predominantly in a no-gi environment, where Jonathan together with his training partner Eddie Cummings developed their interest for this aspect of jiu-jitsu. Cummings, like Satava, would later become a revered figure in the sport.

As a blue belt, Jonathan switched camps and started working under Marcelo Garcia‘s supervision, a 5x IBJJF World Champion and 4x ADCC champion. With a similar body type and mobility to that of his instructor and plenty of success on the competitive scene, Satava quickly raised the interest of the general grappling audience as “Marcelo’s jiu-jitsu doppelganger”.

His first year as black belt cemented Jonathan Satava as one of the top middleweights in jiu-jitsu with strong performances and medals at some of the world’s toughest tournaments such as a 2nd Place at the World No-Gi Championship, 3rd Place at the Pan American No-Gi Champion as well as important gold medals in the IBJJF New York Opens. 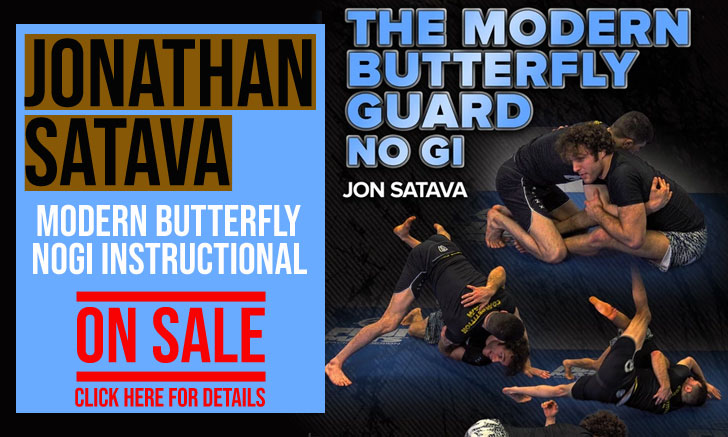