Renato Forasieppi Canuto is a Brazilian jiu-jitsu black belt under his father Valdir “Tio Chico” Canuto, being also one of the top representatives of team Checkmat JJ in the sport’s international circuit. Canuto, who has worked extensively under Robert Drysdale, Rodrigo Cavaca, as well as Leonardo Vieira is widely regarded as one of the most exciting grapplers of his generation having proved his worth in a wide spectrum of grappling rules.

Even though Renato’s father (Valdir “Tio Chico”) was a great jiu-jitsu enthusiast and practitioner, Canuto didn’t start his grappling experience through the famous arte suave, having instead picked up judo during his early childhood. It was only once Valdir started coaching a kids BJJ class (around 2004) that Renato was introduced to this style, on his dad’s mats – being the very first student on that class.

Within just a few months of training “Tio Chico” signed his boy on to the state tournament (Campeonato Paulista – FPJJ), an event that Renato won well, thus proving he was a real talent in the sport. This victory would instill in the young Canuto the desire to seek more competitive outlets in which to test himself. A sentiment that only grew with time.

Unlike most children his age, Renato didn’t spend much of his time playing games or socializing. Driven to the sport from early on, Canuto spent most of his spare time on the mats training or traveling to tournaments. This lifestyle was envisioned with one goal in mind, that of one day becoming a world jiu-jitsu champion – an accomplishment achieved as a brown belt in 2016. This much was explained by Renato himself in an interview given to BJJ Heroes that year.

Classing himself as a student of the game, Renato Canuto took elements out of many of the top grapplers of the older generations by analyzing their games to the most minute details. In the process, Renato created a very unique style. a style that many regarded as the most eye-pleasing jiu-jitsu of his generation, with submission and forward moving frame of mind and with no room for stalling.

In 2016 Renato went to the United States in order to prepare for the IBJJF Pan American Championship, working with Robert Drysdale for that effect. His talent shined through among the workgroup and followed a proposal to remain in Las Vegas and become one of the coaches at Drysdale’s academy, an offer accepted by Canuto. Later that year Renato’s father traveled to the US to award him his black belt in a ceremony held in December 2016. 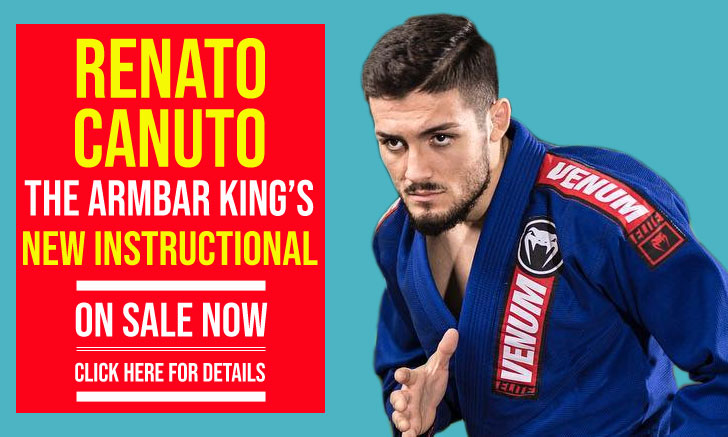