Mundial Report, Who Are The Dark Horses Of This Weekend’s Worlds Tournament?

BJJ Heroes,
2.4K 0
Mundial Report, Who Are The Dark Horses Of This Weekend’s Worlds Tournament?

The biggest gi jiu-jitsu tournament of the year is here! This weekend, grappling’s cream of the crop will battle for the most coveted medal in the sport, that of International Brazilian Jiu-Jitsu Federation (IBJJF) World Championships, an event that will take place in Long Beach, California.

As per usual, the allure of the IBJJF called upon an army of black belt experts who, (also as per usual,) will stack every single weight bracket with outstanding athletes. This year (2022) we will pick up where we left off in 2019 and witness another spurt in the female division in numbers of athletes and in the level of talent after a somewhat disappointing 2021 tournament.

In the segment here presented, we will introduce our readers to a few athletes who – we feel – could shake up their respective divisions. Competitors that may be missing from a few lists of favorites to place on the podium steps of the Walter Pyramid, particularly if those lists were created by regular supporters and practitioners who may not follow the sport as closely as the die-hard fans. 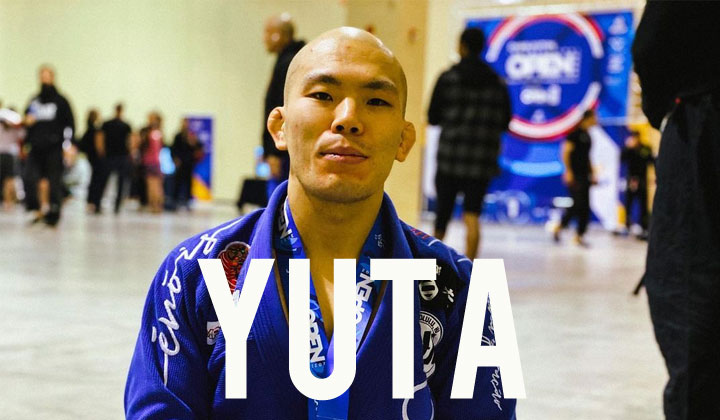 Although a veteran of this game, Japan’s Yuta Shimada has proven to be in fantastic shape this year with important wins over Lucas Pinheiro, Matias Estevez, Brian Mahecha, and Emilio Hernandez.

The former featherweight will once again be dropping in weight and should be a force in this stacked light-featherweight division where he will likely have to face big names of the sport such as Junny Ocasio, Hiago George, Malachi Edmond, Meyram Maquine, to name a few of the powerhouses on his path to the final. 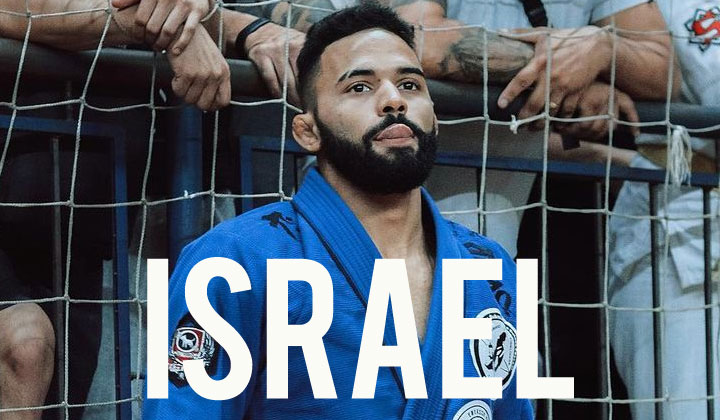 In a division so stacked with talent, with names such as Fabricio Andrey, Jamill Hill-Taylor, Gabriel Sousa, Isaac Doederlein, Alex Sodré, Diego Sodré, Josh Cisneros, Kennedy Maciel, to name a few, some may overlook one of the most exciting featherweight players on the scene, Mr. Israel Sousa.

A submission hunter at heart, Sousa has competed mostly in Brazil and in the AJP global league where he conquered last year’s Abu Dhabi World Pro. This year Sousa is back, trying his luck with the IBJJF and he should not be taken lightly. Despite competing against the best, Israel has never lost a match for more than 2 points, and even that only happened 4 times in the last 3.5 years. 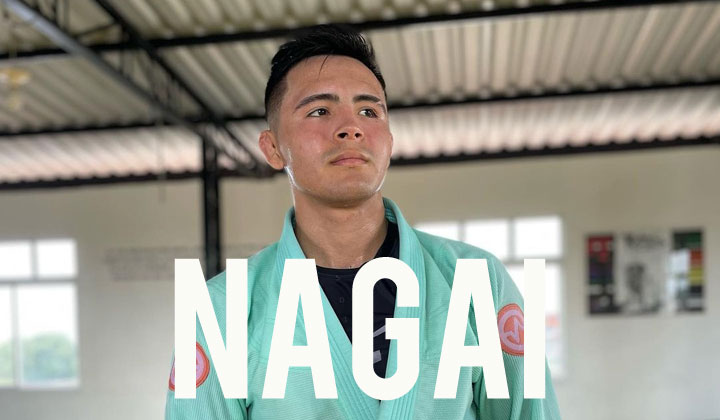 Arguably the biggest talent yet to make a statement in the sport, Checkmat’s Samuel Nagai amassed a few major individual wins in his short career such as his victories over big players of the sport such as Gianni Grippo, Isaac Doederlein, Márcio André, and more.

Back in 2021, a last-minute illness forced Nagai out of the World Championships after the camp for the tournament was nearly finished, we hope the sun finally shines on this young man’s career as he is definitely one of the most exciting competitors to follow in the sport. 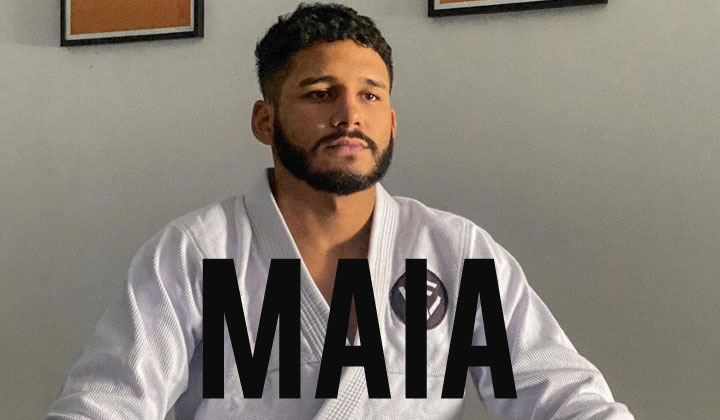 The odds are definitely stacked against Pedro Henrique Maia Costa – who goes by Pedro Maia – here as he will have to go through the toughest bracket of the middleweight division, likely facing names such as Tainan Dalpra, Ronaldo Junior, or/and Jefferson Guaresi just to get to the final, nevertheless, don’t count this young man out just yet. At the very least, his stock will likely be up in value after this weekend’s showdown.

Maia works almost exclusively at his own gym (We Flow BJJ School), with his students in Brasília, Brazil, far away from the grappling hotbeds of California, New York, São Paulo, or Rio de Janeiro. His talent, however, is undeniable through his wins over Meyram Maquiné, Darlan Casaca, Raul Basílio, Gabriel Rollo, to name a few. 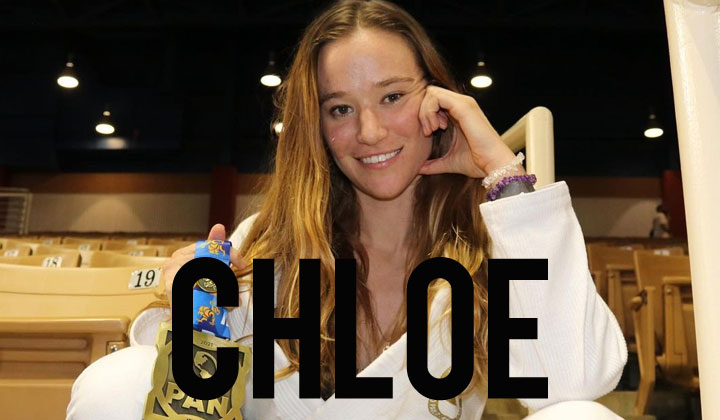 Few divisions are as stacked as the female middleweight division. Elisabeth Clay, Raquel Canuto, Andressa Cintra, Thamara Ferreira, Iasmim Casser, Natália Zumba, are a few of the big names who have solid chances to conquer gold on any given day. Another athlete with solid chances of making it to the top is Chloé McNally of Unity Jiu-Jitsu.

Despite being, arguably, lesser-known than the likes of Clay, Cintra, Canuto, or Ferreira, McNally is a very accomplished athlete who medalled at this year’s Brazilian Nationals and Pan Championships. If she advances to the semi-finals, she will likely meet world champ, Andressa Cintra for a re-run of this year’s Brasileiro finals, a match we – the fans – would love to see being run back. 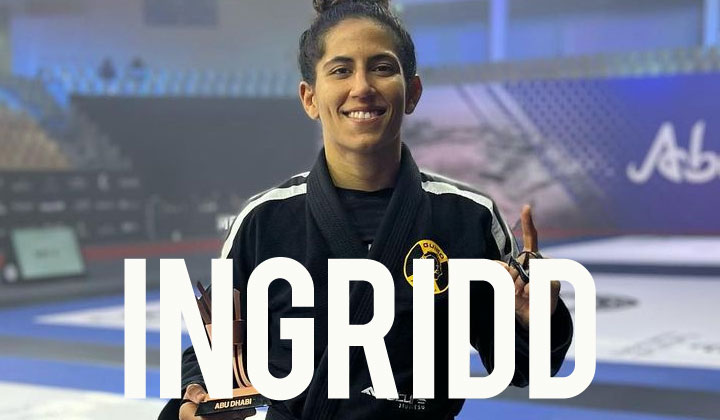 Competing almost exclusively in the AJP league, Ingridd Alves may have slipped under the radar for a fair few jiu-jitsu fans, but rest assured Alves is the real deal with wins at the AJP World Pro, AJP Grand Slam, AJP Brazilian National Pro, and IBJJF South American Championships.

Alves is one of the most active female competitors on the international circuit and on experience alone will be a threat to the podium. On route to the final, Ingridd will likely be facing other strong names such as Izadora Cristina, and Maria Malyjasiak who will test her guard passing game to the fullest. 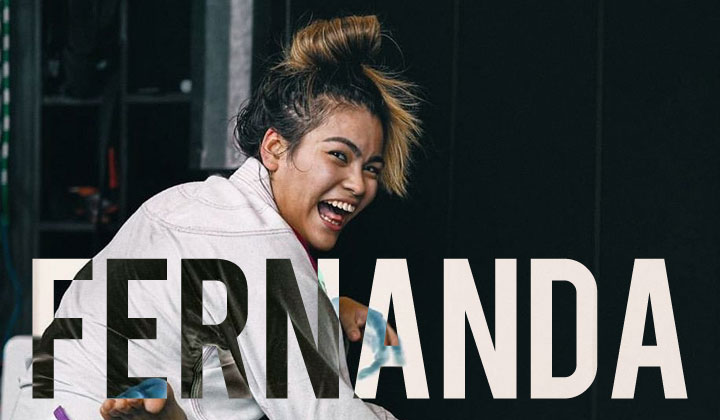 One of the youngest athletes on the roster is 20YO Fernanda Cristo, who makes up for her lack of experience with a ton of talent. Originally from Brazil, Cristo has spent all her life in Japan where she was taught by her father – another proficient black belt – Rogerio de Cristo, from the time she was a toddler.

If we were to bet money, we would bet on Fernanda medalling at the IBJJF World Championships this year, her first at black belt. To make it to the final, however, she will need to beat either Ana Vieira or Amy Campo. A challenging clash we look forward to watching. 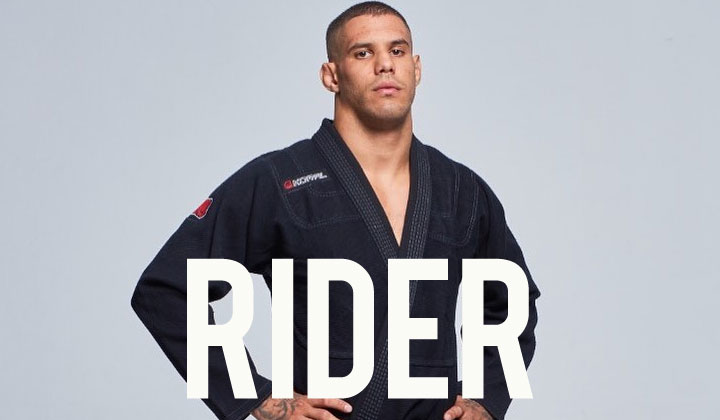 Currently on a 15-match winning streak (and a 7-submission streak also) is Rider Zuchi – pronounced ‘hee-der zoo-khee’ – of New School Brotherhood, one of the most prolific heavyweights in Brazil’s national circuit. Rider is an absolute powerhouse who, despite his many wins at a national level, is yet to have his breakthrough moment on an international stage. This may very well happen this weekend.

Making it to the top, however, will be no easy feat. To get to the final Rider will have to go through names such as Kainan Duarte, Matheus Diniz, and Diego Ramalho/Bruno Matias. Definitely a steep hill to climb, but not an impossible task for this submission hunter. 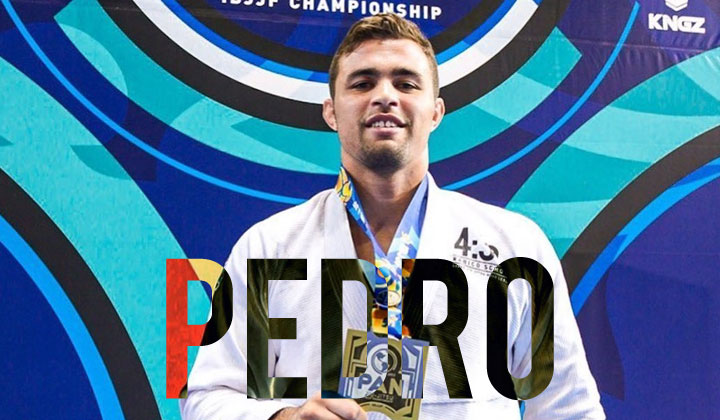 The latest addition to the Atos squad is Pedro Machado, one of the rising stars of the sport. Machado was the 2021 brown belt world champion and is a masterful arm collector with 86% of his wins in the gi, this year, coming via armlock.

Although representing San Diego’s Atos HQ, Machado originally came from Gordo Jiu-Jitsu’s Academy and has been on a steady climb towards the top of the division, though his biggest test to date will be this coming weekend. 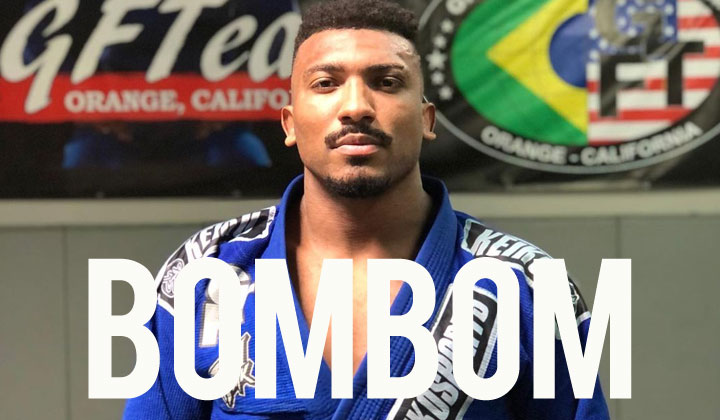 Although possibly lesser known than some of the talent being developed in the US, GF Team’s giant, Pedro “Bombom” Alex has beaten a fair few big names of the sport during his 1.5-year stint at black belt. In the list of Pedro Alex’s victims are names such as Yatan Bueno, Igor Schneider, Harryson Pereira, Roosevelt Sousa, to name a few.

Bombom is strong and does his best work from the top position. The big question mark here will be how he chooses to advance in the tournament as he will be facing his good friend and day-to-day training partner, Wallace Costa, in the very first round of the tournament. Will he give passage to Costa (who is also very talented and with a good chance to reach the podium), or will he face his friend? If he does go past that first round, expect to see him in the semi-finals on day 2 of the event.