Ariel Tabak is a South African-Australian grappler and black belt under coach Cicero Costha, who worked extensively with Levi Jones-Leary, Daniel Keane, Daniel Sainty, as well as Daniel Shaw, and represents the Cicero Costha Association in the sport’s international tour. Tabak is widely recognized as one of Australia’s top competitors, a status he earned through a crowd-pleasing grappling style that saw him through important wins against well-known names of the sport while medaling in tournaments of the International Brazilian Jiu-Jitsu Federation (IBJJF) and Abu Dhabi Jiu-Jitsu Pro (AJP) leagues.

Ariel Tabak was born on February 21, 1994, in South Africa, but moved to New Zealand as an infant for a brief period before reaching Melbourne, Australia, at the age of 6, where he grew up.

The first sport practiced by Tabak, at a competitive level, was basketball. An activity he kept for 7 years, playing in local events with the A-grade team.

Martial arts were also introduced into Ariel’s life early on, with you young South African joining a taekwondo class at the age of 7, going on to earn the rank of Cho Dan Bo (red belt with a stripe) during his 5 years of training.

After reaching his mid-teens, Ariel decided to try a martial art with bigger self-defense potential, opting to join a local mixed martial arts (MMA) gym in 2009, where he had his first taste of grappling. Although originally intended to focus on MMA, Tabak quickly fell in love with jiu-jitsu, both the training and the culture/comradery surrounding the sport. This sentiment was ultimately behind his decision of shifting his focus toward the kimono.

Under the guidance of Daniel Keane and Daniel Shaw, Tabak grew exponentially fonder of jiu-jitsu, a love that led to many trips to Brazil’s Rio de Janeiro and São Paulo, two hubs regarded as the Mecca of Jiu-Jitsu.

During one of those trips to South America, Ariel visited the Cicero Costha Academy in São Paulo (2018) alongside his partner – another well-known BJJ competitor – Hope Douglass. The comradery and quality of training at Cicero’s gym, allied with the fact that Tabak had family living in São Paulo led the young athlete to join the Costha squad, visiting the training center every chance he could and representing the PSLPB banner in the tournament scene.

Ariel Tabak’s solid form and development led coach Cicero Costha to promote him to the black belt rank on June 4, 2019. 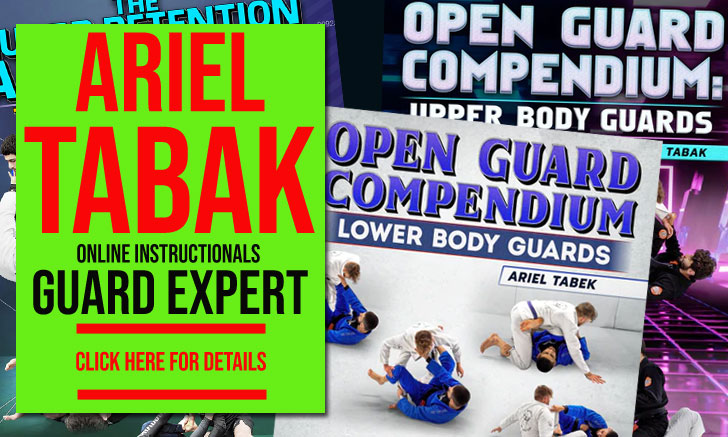