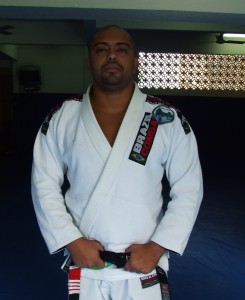 Flavio Aleluia was born on the 26th of November, 1975 in Alto da Boavista, Rio de Janeiro – Brazil. Flavio started practicing Brazilian Jiu Jitsu when he was 15 years old, he had been practicing sports competitively since the age of 7 and wanted to try something new.

Flavio’s first and only coach from white belt to black belt was Master Carlos Henrique, and it was him, who awarded Flavio his black belt on the 20th of November, 1998.