In the sport of Brazilian jiu-jitsu, one of the most coveted of titles is that of European black belt champion, arguably the third most important title on the grappling calendar. A highly competitive game where the slightest of details can change the result of a match, making the top of the jiu-jitsu pyramid a hard place to reach, and an even tougher spot to maintain.

In this article, we go through a few top-level grapplers who maybe are not yet seen as the bigger players of their respective divisions by the mainstream audience, but whom we feel have excellent chances of shocking the jiu-jitsu world by making the top spots of the 2020 European Open. So without further ado: 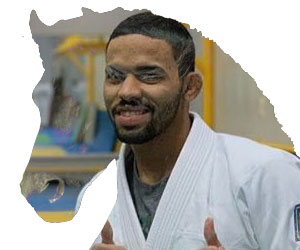 The late months of 2019 did not bring too many new top-level black belts for the GF Team, but the ones that did arrive, athletes such as Israel de Sousa, are as good as they come. A very exciting prospect who loves to play on the offense, Israel had a beautiful 2019 as a brown belt, conquering the IBJJF World Championship and the Pan Championship.

Since reaching the black belt status, Sousa amassed a fantastic record of 16-4, with the biggest loss suffered thus far going by a mere two points. Among Israel’s biggest victims have been athletes such as Brandon Walensky, Ali Monfaradi and Joao “Bisnaga”. The European Open will certainly be a step up in competition, but one we certainly feel the young prodigy is equipped to overcome. 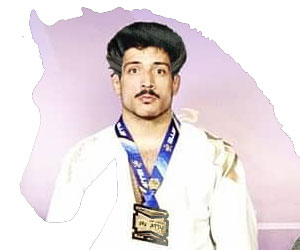 Fighting for a place in the final of the medium-heavyweight division will be Bruno Lima of Portugal. A student of Alexandre Machado, Lima has spent his training camp with Keenan Cornelius at Legion AJJ in San Diego and is said to have a few new tricks up his sleeve.

Lima is well rounded and very physical, attributes that give him an excellent chance to medal at this European Open. Against Bruno will be his lack of experience at the highest level, given that he’s only been a black belt since July 2019 and is yet to make a big splash in the division. Nonetheless, the talent is there and it is a matter of time until this young athlete gains international recognition. The Euro might very well be that time. 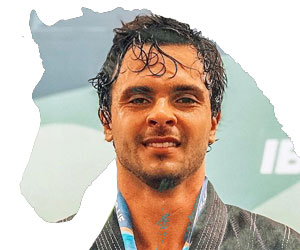 A pleasant surprise has been the black belt career of Volante. Since being awarded the rank late last year, this student of Celso Vinicius has been on fire in the heavyweight division, winning several International Open tournaments of the IBJJF circuit, with a few high brow victories over athletes such as Fernando Reis (submission) and Renan Marcel.

Volante’s jiu-jitsu is very aggressive as well as submission focussed and we look forward to seeing how far he can go in his weight class, particularly given his 2nd round match as he will face one of the heavyweight favorites — Adam Wardzinski. 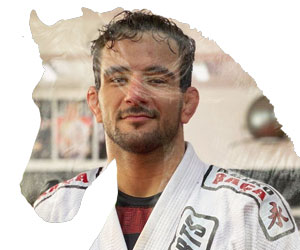 We were on the fence about adding Almeida to the list, given what he has already done in his first year at black belt, but we do really feel as though this young man is not given enough credit. Gabriel holds wins over such names as Lucas Hulk, Ronaldo Junior, Diogo Sampaio, Alexandre Jesus, BB Monster, Jake Watson, Rafael Paganini, to name a few and is an ADCC veteran, No-Gi Worlds and European Open podium placer at black belt.

Very well rounded, technically, Almeida has invested plenty of resources into his international experience and we feel as though he is on the verge of breaking through as one of the big players at medium-heavyweight. A win at the European Open would certainly place him in the spotlight. 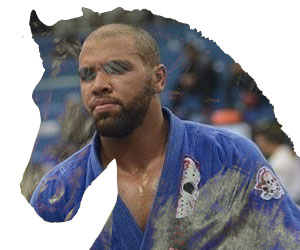 A big challenger at ultra-heavyweight who may shock a few people is Rodrigo Ribeiro, an athlete that has been well known in São Paulo’s state circuit but is yet to make the spotlight at an international level. Next weekend in Lisbon Rodrigo could very well make a stand.

Coming off a win at the Abu Dhabi Grand Slam, decisively beating one of the weight class’ European Open favorites (Igor Schneider) in the UAE, Ribeiro is as tough as they come. Formidable judo, a capable guard, and a powerful passing game make Rodrigo a tough match for many athletes in this division. In the past, we’ve seen Ribeiro go toe-to-toe with legends such as Leandro Lo and Erberth Santos, and in this tournament we feel as though he could go a long way, having in Mahamed Aly his toughest match-up.