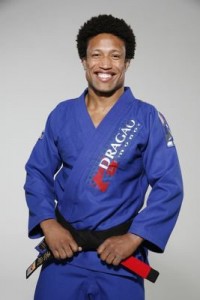 For those unfamiliar with Tiago Alves, he is a personal trainer with a degree in physical education. On top of his academic degrees, he also has a black belt under Marco Barbosa (one of the most prestigious coaches in Sao Paulo, Brazil) and numerous important titles such as Pan American Champion, Brazilian National and South American Champion. Tiago is very familiar with teaching routines and training focused for BJJ, having trained several champions in his coaching career.

There are 3 relevant circumstances that can help us lapidate our training, Drilling, Sparring and Competition – which should also be used as an integral part of our project (to become a better athlete).

The Drills should be used as a way to create a certain automatisms in movements and positions, helping you develop specific aspects of our game, whether from the guard player stand point, guard passer or you have a broader style. You need to practice this aspect of training so when in stress you don’t lose positions or too much energy in trying to keep them, drilling also helps you improve flexibility and stamina that is specific to Jiu Jitsu.

Drilling can be performed as part of the warm up, before training or as a way to cool down after sparring, either way, its presence is important in everyday class, because its use is fulcra as mentioned in the above paragraph.

Nowadays, the concepts of Jiu Jitsu training have progressed far beyond what they used to be. Most coaches are joining the chain of thought in which focussing on a high volume of sparring is the most important thing, rather then adding an exacerbated physical warm up, such as push-ups, crunches or running and above all having an adequate intensity leading up to the competition, not allowing their students to be too tired to train day in day out.

This is usually how a daily training routine should look like:

Using marathon runners as an example, you can see that these athletes do not run full marathons in their daily training. They train the specific bodily functions in separate occasions. BJJ’s volume of training should also have the same approach, so the student learns not only the technique, but also develops the stamina and the presence to use the positions learned under extreme stress, this will also help us reap the benefits of Jiu Jitsu while preventing injuries due to excess.

Tiago Alves is sponsored by the brands below: