Lucas Lepri is a Brazilian jiu-jitsu black belt under the illustrious Elan Santiago, being one of the most successful competitors in the history of the sport’s lightweight division. Training out of the Alliance team, this stand-out from Minas Gerais – Brazil won some of the biggest tournaments in the world, including the IBJJF World Championship (gi and no gi) the UAEJJF World Pro Championship as well as Brazilian and Pan American titles.

Lucas Lepri was born on September 19th, 1985 in a city called Uberlândia in the state of Minas Gerais – Brazil.

Always an avid sports practitioner, Lucas played and competed in sports such as Futsal (a form of indoor soccer), Judo, Swimming, Skating, and Capoeira. The first time he paid attention to Jiu-Jitsu was in 2000 through a Brazilian MTV program called “Vinte e Poucos Anos”, were he saw Fernando “Margarida” Pontes showing his training routine on the build-up to the Pan American Championship.

After this guest appearance by “Margarida”, Lucas became fascinated with the sport and decided to find a Jiu-Jitsu academy to try it out. A few weeks later, Lucas Lepri did his first of many warm-ups to come at Elan Santiago‘s academy, a man that would become very important in Lucas’s development in the sport.

Lepri’s talent started shining through early on, in the local competitive scene. After his coach Elan switched affiliation from BTT to Fernando Terere‘s TT, Lepri started also adding training sessions at this historic academy in Sao Paulo. This stint at TT lasted until 2004/2005 when TT team closed down. Elan Santiago and Lucas Lepri then joined forces with the powerful Alliance academy.

After narrowly missing the world title at the World Championship as a brown belt (conquering also a 3rd Place at the Pan American the following year), Lucas Lepri was awarded his black belt by the end of 2006. The rise to black belt glory would be a quick one, as Lepri shocked the grappling world on his very first year as a black belt by conquering his first world title.

With the amazing boom of Brazilian Jiu-Jitsu in America, the Alliance academy was in need of an extra coach to help run the class at the team’s New York Academy. With the intent of filling the vacant position, in 2008 Lucas Lepri moved to the American metropolis. With his new home and new students, Lepri started one of the best competitive periods of his career.

The banner picture was taken by Preston Smith Photography & Design 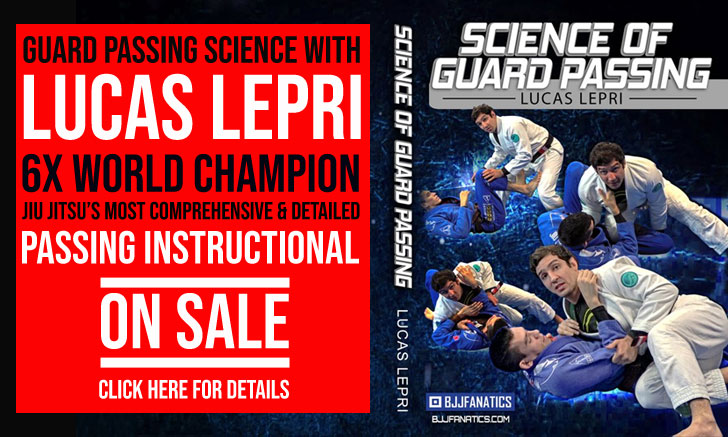