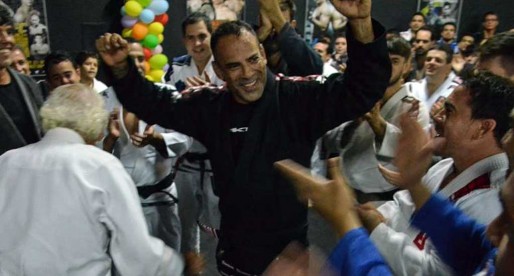 Ataíde Junior is a judo and Brazilian jiu jitsu black belt under Armando Wridt, being the founder of Constrictor Team, a grappling academy that has produced high level jiu jitsu and mixed martial arts (MMA) competitors such as Rani Yahya, Paulo Thiago, Francisco “Massaranduba” Trinaldo, Renato Moicano, Adriano Moraes and many others. 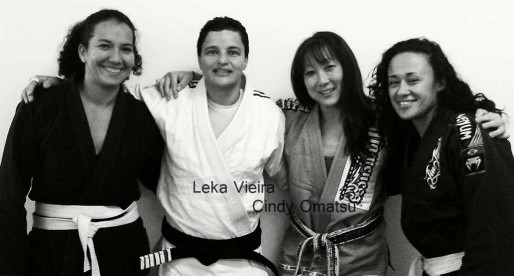 Cynthia Omatsu, commonly known as Cindy Omatsu, is a Japanese-American black belt in Brazilian jiu jitsu under Rigan Machado and Leka Vieira, being best known as the first female grappler outside of Brazil to have achieved the rank of black belt in this martial art (2002). Omatsu also gained notoriety in the jiu jitsu circuit as an interviewer for Grapple TV during the early/mid 2000’s, co-hosting the online show with a fellow teammate Felicia Oh. 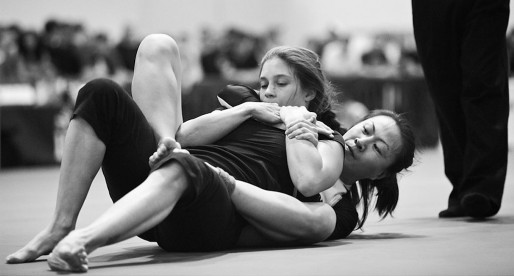 Emily Kwok is a Japanese born Canadian, who holds the rank of black belt in Brazilian jiu jitsu under Ricardo Almeida. Known as a pioneer of the sport and a great ambassador for women’s jiu jitsu, Kwok has won numerous titles such as World Jiu Jitsu Champion (gi and nogi). She is also known for her work with Marcelo and Tati Garcia. 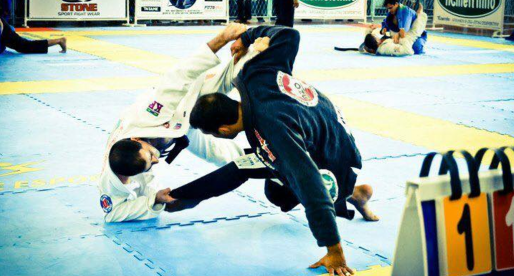 André Motta is a Brazilian jiu jitsu black belt under André Pederneiras of Nova Uniao, being one of the team’s top grappling competitors throughout the late 1990’s and early 2000’s, alongside legendary black belts such as Victor “Shaolin” Ribeiro, Robson Moura, Leo Santos and many others. Throughout André Motta’s career, he was mostly known for his incredibly technical spider guard game, a game that earned him many praises and medals, a guard that was only passed once in his career as an adult black belt. 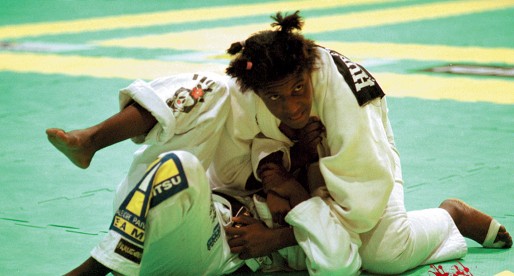 Rosângela Conceição, is a historic Brazilian jiu jitsu figure, being the very first female world champion in the sport. Conceição is also a legendary figure in judo and freestyle wrestling having been part of the Brazilian national Olympic squad for both sports, being regarded as the most accomplished female wrestler ever produced by the south american country. 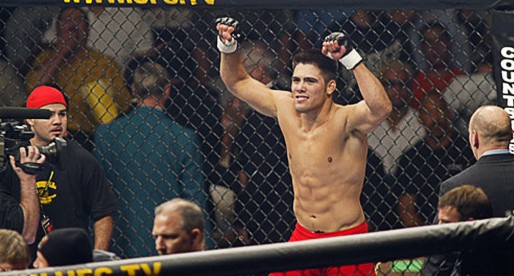 David Terrell (Dave Terrell) was the first black belt in Brazilian jiu jitsu awarded by Cesar Gracie. Widely regarded as one of the top grappling competitors of his generation, having medalled at the ADCC tournament finals and with wins over renowned competitors such as Ricardo Almeida, Fernando “Margarida” or Dean Lister. David Terrell transitioned to mixed martial arts (MMA), reaching the UFC, though he would later be cut from the organization after a series of unfortunate injuries. Dave Terrell later became one of the top grappling and MMA coaches in North California, through his own endeavour, the NorCal Fighting Alliance, find out the story of this American grappling legend here. 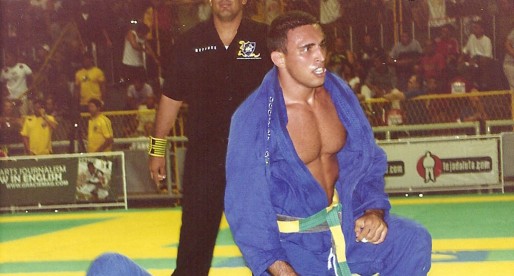 One of the greatest super heavyweight competitors in jiu jitsu’s sporting history, Alexandre “Café”, became known as a Gracie Barra representative during the 2000’s decade, where he accumulated victories over some top competitors such as Fabricio Werdum, Marcelo Garcia, Fernando “Terere” or Demian Maia to name a few. Café also had a short spell as a mixed martial arts fighter, competing in the UFC. 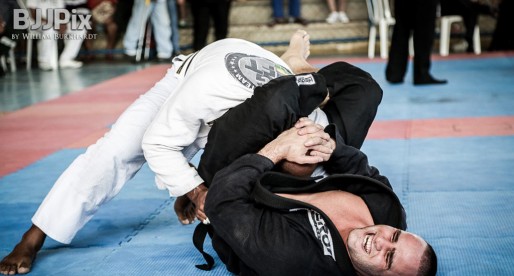 João Paulo Oliveira , also known as ‘Jones’, is the coordinator of the competition team of Strauch Jiu Jitsu academy. Considered the by many as Master Paulo Maurício Strauch’s ‘right hand man’, Jones became a regular competitor in the Rio de Janeiro BJJ circuit, having won many titles such as State Champion and America’s Cup Champion. José Mario Queiroga, more commonly known in the Brazilian Jiu Jitsu community as Zé Mario Esfiha, is a BJJ 4th degree black belt under Roberto Traven, and a World, Pan American and Brazilian National medallist who is also known as one of the founders of the Brasa Jiu Jitsu academy. 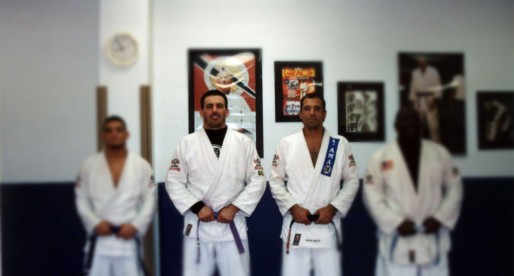 Luis Herédia, also known by his nickname ‘Limão’ within the Jiu Jitsu community is a Brazilian Jiu Jitsu black belt which he earned training under Rickson Gracie’s tuition, and a historical figure in the development of the martial art in Hawaii, especially in island of Maui, the second-largest of the Hawaiian Islands. Marcio Corleta is a Brazilian Jiu Jitsu black belt under Mauricio and Sylvio Behring, who was considered one of the top ultra heavyweights of his generation in the sport. Through his excellent sporting career, Corleta brought awareness to the quality of Jiu Jitsu practiced in the south of Brazil 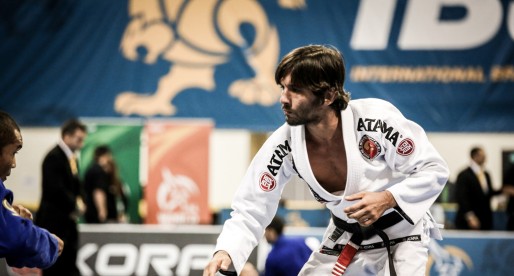 Leandro Escobar, also known as ‘Tatu’, is qualified instructor in Muay Thai and a Brazilian Jiu Jitsu black belt under “Dedeco” Almeida, being also one of the leaders of the Soul Fighters BJJ academy and the head coach of its competition team in Rio de Janeiro. Alan Moraes is a one of the coaches at the world famous Carlson Gracie Academy in Rio de Janeiro, from where he has produced several high quality black belts, including world medallist Samir Chantre. Alan Moraes, who was graded as black belt by Carlson Gracie Junior, is also one of the main referees in the IBJJF. Master Cezar Guimarães, also known by his nickname “Casquinha”, is a Brazilian Jiu Jitsu black belt founder of the famous Rio de Janeiro academy, Top Brother, a team that has brought forward some highly talented competitors in both BJJ and MMA (Mixed Martial Arts). Cezar Guimarães also has a black belt in Judo where excelled as a competitor earning a spot in the Brazilian national junior squad. 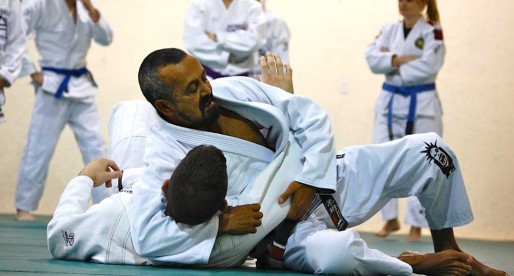 Kid Peligro was one of the first Brazilian Jiu Jitsu related bloggers, being an inspiration for the hundreds of BJJ blogs that spawned since he started back in 1998. As well as being a blogger and a published author, Kid Peligro is famed for his passion for other sports such as Surfing, and “Ginastica Natural”, having been instructed in this Brazilian gymnastics by the creator of the style, Alvaro Romano. Rafael de Lima is one of the Correa brothers which are among the most important siblings in BJJ. Rafael Gordinho is a Jiu Jitsu black belt world champion and one of the main figures in competitive BJJ at the turn of the 20th century, he has also been involved in the development of the sport and other teams such as his brother’s academy, Gordo Jiu Jitsu and Renzo Gracie Academy in New York. Eduardo Santoro, also known as Eduardo “Português” (Portuguese), is one of the top medium heavyweight jiu jitsu competitors of his generation. A black belt under Max Trombini from Cia Paulista, Eduardo Santoro won some of the most important Brazilian jiu jitsu tournaments in the world, such as the Brazilian National, the Pan American and the World Championships (on two separate organizations).