Lucas Valente Tobias is a Brazilian jiu-jitsu black belt under Vinicius ‘Draculino’ Magalhães and Marcelo ‘Uirapuru’ Azevedo, being also one of the main representatives of the Gracie Barra team. Valente made a name for himself while competing in the lower ranks of jiu jitsu’s international competitive circuit, where he earned the reputation of being one of the most entertaining grapplers in the sport while conquering important titles such as the IBJJF Pans No-Gi American National and Brazilian National Championships.

Favorite Position/Technique: Collar and Sleeve Guard, Attacking the Back

Valente’s family was involved with martial arts for many years prior to Lucas’ birth. With one uncle being a 4th-degree karate black belt and another a 4th degree BJJ black belt under Vinicius Draculino, it didn’t take too long for young Lucas to be submerged in combat sports culture and lifestyle.

Lucas’ infancy was spent among some of the top martial artists in the region who would often visit the family home at barbeques and other friendly occasions. It was also early on that he started being taught jiu-jitsu, first at home with his uncle and later by joining the kids’ program at Gracie Barra Belo Horizonte. A class led by coach Mauro Rodrigues.

A natural talent, Lucas won most big events in Belo Horizonte’s BJJ juvenile circuit by making quick work of his opponents. By the time he was 12/13 Valente was already following the schedule and training regime of the adult team. His good form would earn him his blue belt at the young age of 14 from the hands of the head coaches – Marcelo Azevedo, Sergio Benini, and Vinicius Draculino.

By the end of 2013, Lucas Valente started traveling more regularly to the United States of America in order to compete in the top tournaments of the sport’s international schedule, while taking the chance to train with his coach Vinicius Draculino in Texas. This decision earned him medals in many of jiu-jitsu’s top tournaments.

In December 2017 Lucas Valente was promoted to black belt by both Vinicius Draculino and Marcelo Uirapuru. 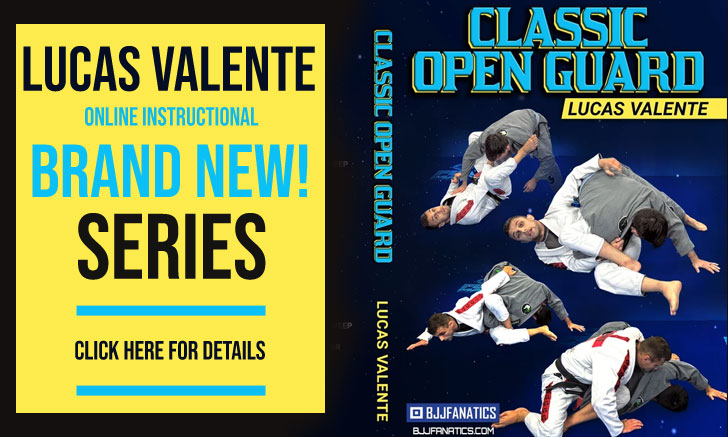