Johnny Tama is an Equatorian grappler and a jiu-jitsu black belt under Juan Miguel Iturralde of the Alliance Academy. Tama earned his reputation as one of the top athletes of his generation after conquering medals at the International Brazilian Jiu-Jitsu Federation (IBJJF) Pan American Championship (gi and no-gi) and World Championships (also gi and no-gi) in both the purple and brown belt categories. Later, in December 2019, Johnny Tama became the first Hispanic athlete to conquer an IBJJF world title in the adult black belt division of this sport.

Growing up Johnny was not a fan of martial arts, with a short time spent doing taekwondo at the age of 12 being his only contact with any form of combat. That lack of interest would change after a street altercation in 2009, which saw Tama at the wrong end of a beating.

In June of 2009 Tama joined the class of Juan Miguel Iturralde Aguirre, brother of Leonardo Iturralde, Francisco “Sinistro” Iturralde and a black belt under the aforementioned Di Piero. Juan Miguel would remain by Johnny’s side throughout his development as a grappler, though Tama was also assisted by other coaches throughout his many travels in search of high-level coaching and competition. One of his bigger influences was Rubens Charles, a legend of the sport with whom Johnny trained on many occasions while climbing the belt ranks of jiu-jitsu.

The growth of BJJ in Chile was also heavily influenced by Johnny Tama who visited the South American country on several occasions, both coaching and competing.

After many years competing in the world’s top jiu-jitsu tournaments in the lower belt divisions, Tama received his black belt from the hands of Juan Miguel Iturralde. The ceremony taking place on December 15 of 2016. 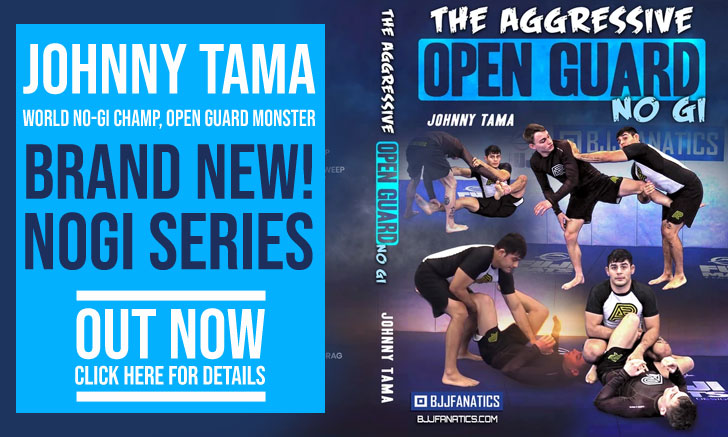