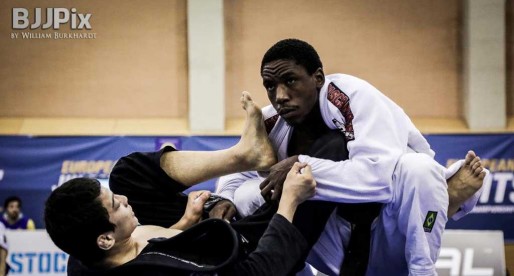 Rodrigo Conceição, more commonly known as Rodrigo “Aquiles” (also spelled Akillis or Achilles), is one of the top Brazilian Jiu Jitsu black belts in the lightweight division who competes for the Alliance Academy, Rodrigo Aquiles is also part of an incredible tradition of BJJ competitors from the Cantagalo slums in Rio de Janeiro, an area of the city that has produced several big names of the sport. 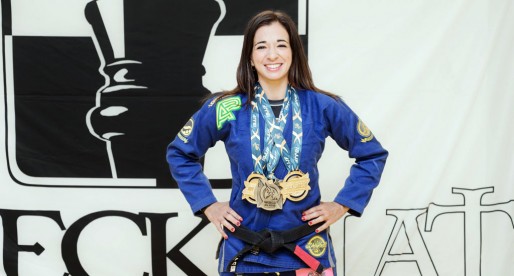 Shanti Abelha is a Brazilian born, black belt competiror in Jiu Jitsu, who fights for the Checkmat team in Denmark (Arte Suave). Shanti is one of the top female athletes in the world, having medalled in many of the top tournaments on the BJJ roster. 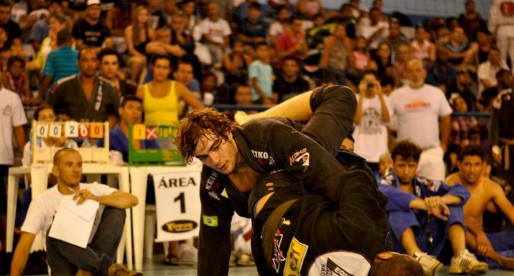 Luiz Panza is a Brazilian Jiu Jitsu black belt under Marco Barbosa who is one of the top heavyweight competitors of his generation. A former professional model, Luiz Panza traded the catwalk for Jiu Jitsu, turning professional in 2013. On his first year as a black belt competitor, Luiz immediately made a name for himself piling up medals at the highest level of BJJ. 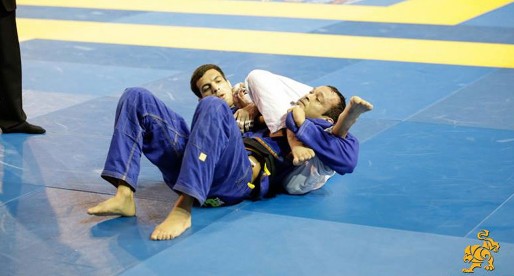 One of the top Brazilian Jiu Jitsu competitors of an exciting new generation of featherweight fighters to have appeared in BJJ post 2010, Victor Genovesi is also the son of marathon runner Dani Figueiredo and one of the top BJJ coaches in the world, Alexandre Paiva with whom Victor has trained since his teenage years. 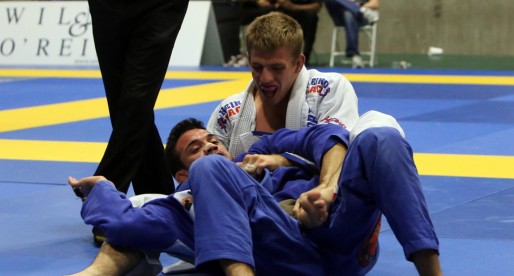 Keenan Cornelius is a Hawaiian and a famous Brazilian Jiu Jitsu competitor with a tremendous fan base in the United States. The talented fighter received his black belt from André Galvão in September 2013 though he started his career as a grappler training under BJ Penn and Lloyd Irvin’s tuition where he won all the top tournaments in the purple and brown belt levels, being considered the most accomplished brown belt of all time. 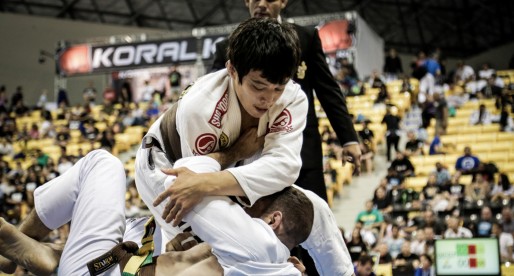 João Miyao and his brother Paulo are known as the Miyao Brothers, two very well known Jiu Jitsu competitors under the Cícero Costha academy banner. João and Paulo are known for their flamboyant guards and the use of the berimbolo sweep/back take. 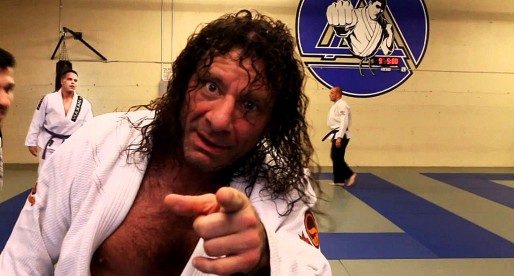 Kurt Osiander is a Brazilian Jiu Jitsu instructor and black belt from the Ralph Gracie Academy in San Francisco. Osiander is one of the cult heroes in BJJ’s community due to his video blog “Kurt Osiander’s Move of the Week” where is personality and technical habilities captured the interest of 1000’s of BJJ fans. 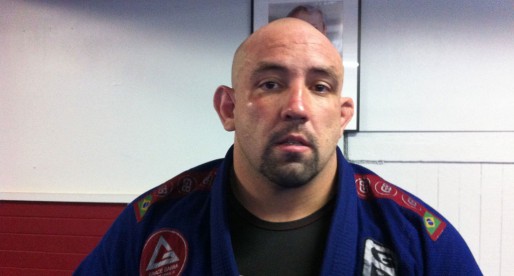 Orlando Sanchez, also known as “The Cuban Tree Stump”, is an American born Jiu Jitsu black belt under Jose Olimpio (AKA Ze Radiola) who competes at ultra heavyweight for Gracie Barra in BJJ competitions. Orlando Sanchez is also known for his drug dependence which he overcame through practicing Brazilian Jiu Jitsu, becoming in the process one of the fastest Americans to have reached the degree of black belt in the sport (4 years). 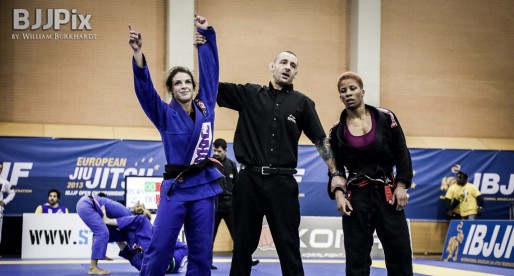 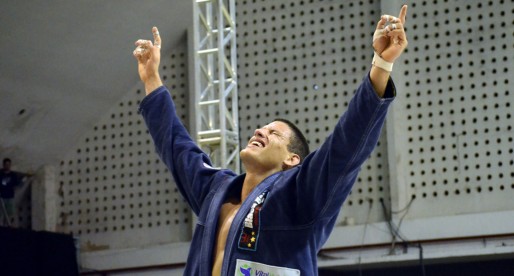 Felipe “Preguiça” Pena is a BJJ black belt from the famous Gracie Barra academy affiliate in Belo Horizonte, a camp that has brought us fighters such as Romulo Barral, Marcelo Azevedo, Pablo Silva and many others. Felipe Pena was regarded as one of the biggest prospects in the jiu jitsu world while he was still a brown belt, after his amazing performances in tournaments such as the World Championships and the Copa Podio. 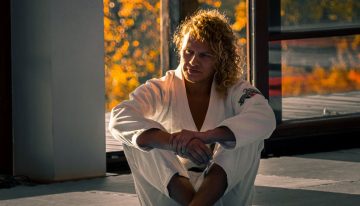 Christian Graugart is a famous BJJ blogger who has become a successful published author through his BJJ Globetrotter book, which tells the story of how in 2011 Christian traveled the world with the purpose of training in as many Jiu Jitsu academies as possible meeting different cultures and personalities, all of which shared one thing in common, Jiu Jitsu. 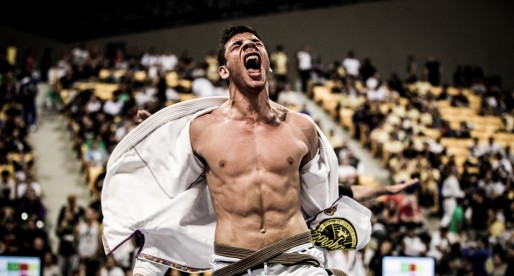 Joao Gabriel Rocha is a BJJ black belt under Master “Tatu” Escobar and Rafael “Formiga” from the Soul Fighters Academy. Having trained since he was 2 years old, Joao Gabriel became one of the top prospects of sporting Jiu Jitsu through his consecutive wins as a brown belt. 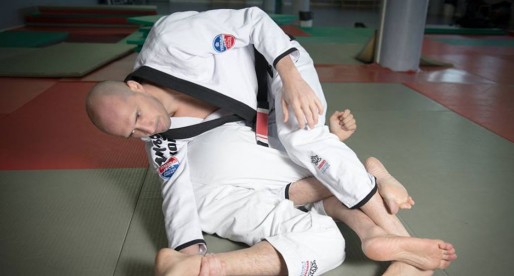 Rodolphe Olivier is a French grappler who holds the rank of black belt in jiu jitsu, a belt awarded by Ricardo Vieira. Rodolphe and his three brothers (all BJJ black belts) have represented France all around the world, conquering important medals. They have also founded one of the top academies in France, the Gokudo. 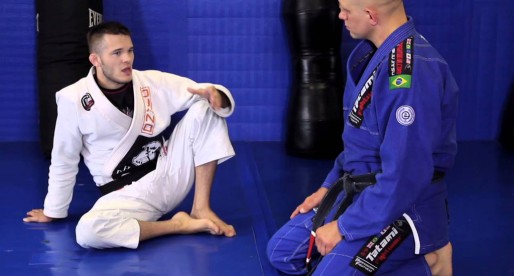 Brandon Mullins, is one of the most accomplished American born BJJ black belts, being the second American to win two world titles in the adult black belt division of the sport. Brandon Mullins made a name for himself as one of the top jiu jitsu competitors in the rooster weight division after he won his first Pan American title in 2009 (no gi). He has since become one of the most successful American born BJJ black belts in the world through his recurring success at the world no gi championships. 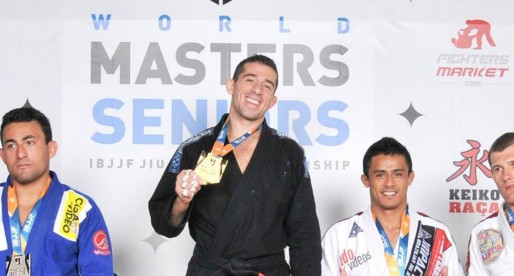 Marcos Torregrosa, also known as Marcos “Yemaso” in the fighting world, is a jiu jitsu black belt under Cassio Werneck. Originally from Puerto Rico, Marcos Torregrosa made a name for himself in the grappling world competing mainly in the United States where he conquered several important tournaments such as the American National, Grapplers Quest, the US Open an many other trophies. Yamaso is also part of the Lloyd Irvin association, which he joined in 2011. 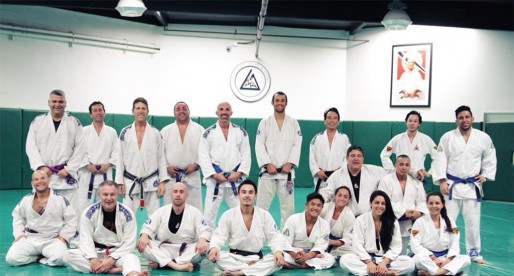 Ryron Gracie is the grandson of Helio Gracie and the oldest son of Rorion Gracie, being part of the third generation of jiu jitsu’s most illustrious family. A recognizable figure within the jiu jitsu community, Ryron Gracie became also a familiar face amongst MMA fans after a series of web episodes named “The Gracie Breakdown” Where Ryron and his brother Rener Gracie go over techniques utilized in UFC events. Ryron Gracie is also an instructor at the Gracie Academy. 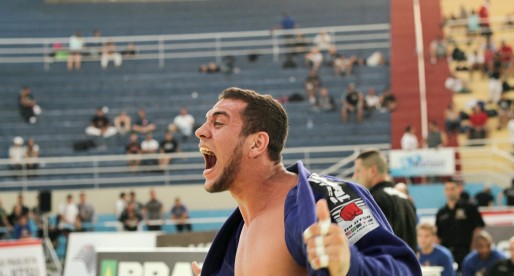 A spectacular jiu jitsu fighter from Checkmat and one of the most accurate finishers modern day jiu jitsu, Renato Cardoso received his black belt in 2012 by the hands of Rodrigo Cavaca and hit the ground running that year winning both a world title (CBJJE) and a Sao Paulo International Open only a few weeks after receiving the well deserved black belt. 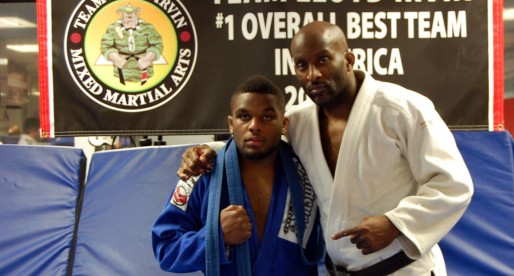 DJ Jackson, is one of Team Lloyd Irvin’s most accomplished grapplers and an important figure in jiu jitsu’s middleweight division, having won the IBJJF world championship in every belt on his way to earning his black belt, a promotion he achieved on July 2012. Originally a wrestler, DJ Jackson became part of Lloyd Irvin’s jiu jitsu team on his off season, and picked up a series of wins from the start, relegating wrestling to the background to focus on BJJ competition. 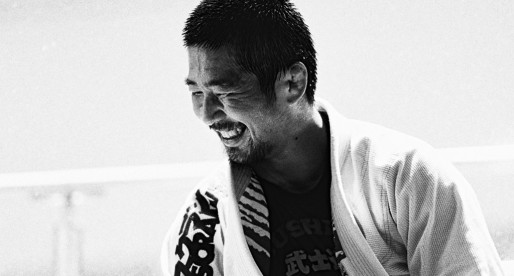 Daisuke Nakamura is a Judo and Brazilian Jiu Jitsu black belt graduated from the Grabaka Gym, an academy founded by the former king of Pancrase, Sanae Kikuta, in Tokyo, Japan. Daisuke Nakamura has been one of the top BJJ competitors of Japan having won several All Japan championships in the black belt division. He has also taken a place as one of Grabaka’s jiu jitsu instructors. 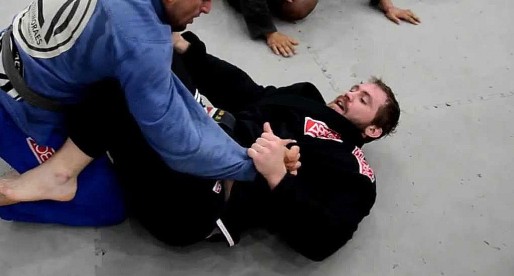 One of the premiere MMA fighters of his generation, UFC competitor Alan Beltcher (also known as “The Talent”) has a top level grappling game, much of which has been attributed to his coaches Helio Soneca and Daniel Moraes.