Dean Lister, also known as “The Boogeyman”, is a professional grappler who is a Brazilian jiu-jitsu black belt under Jeffrey Higgs who gained notoriety within the BJJ world after he won the 2003 ADCC (the world’s most prestigious submission wrestling/Nogi event) in the open weight division. Dean Lister also has a background in wrestling and experience in Sambo and ventured through MMA competing in important organizations such as Pride FC and UFC.

Nickname: The Boogeyman started in his early MMA days fighting for KOTC (King of the Cage organization). As one of his opponents injured himself before the fight, Lister was left with no opponent, and due him being a big name in the grappling circuit it was extremely hard to find a replacement, people did not want to fight him. Because of these, he started being called the Boogeyman.

Dean Lister was born on the 13th of February 1976 in San Diego, California but spent most of his Childhood in Panama and Venezuela with his family who belonged to the military and was stationed in these countries. Being constantly the “new kid” in school, he was often in fights and had a rough time growing up due to bullying.

When he was 10 years old, Dean Lister read about Jiu-Jitsu for the first time, through an article in a magazine, but it wouldn’t be until years later that he would have his first BJJ class. When Dean returned to the United States to start high school, he decided to take on wrestling as an extracurricular activity. His coach, Jerry Matsumoto was also versed in submissions especially leg locks as he had some sambo experience. Dean Lister learned both Wrestling and some basic sambo techniques in which he became very savvy. Dean ended up testing himself in Sambo and had great success in the sport within the United States winning two national titles.

Dean Lister found jiu-jitsu shortly after he finished high school, he was very interested in the sport due to its success in mixed martial arts and decided to join Fabio Santos‘ gym. These were tough times in Dean Lister’s life as he had just joined college and was pretty much on his own, being a full-time worker, paying for his school tuition, rent, and jiu-jitsu. Dean Lister stated in an interview to the “On The Mat” website that his diet at the time consisted of: “bread, milk, cereal and top ramen(…)”

Dean Lister spent 8 years training with the gi, competing and winning tournaments for his instructor Fabio Santos, but he ended up splitting from Santos before receiving his black belt. There is a lot of speculation regarding how Lister got his black belt, but the main story circling in the BJJ forums is that Dean always had the idea of one day becoming an MMA fighter, he saw Jiu-Jitsu as a way to progress towards that, though his master Fabio Santos completely disagreed and did not want him to proceed through that route, they disagreed so much that Dean left the gym. One of Lister’s training partners at the academy, Jeffrey Higgs (who is a black belt under Fabio Santos) decided to award Lister his black belt, Santos was against this decision and expelled Higgs from the academy. Lister ended up proving he belonged amongst the black belt elite winning the ADCC in the open weight division that year.

Dean had tried his luck in Abu Dhabi Combat Club (ADCC) in 2000 and won his first match, losing the second to Ricardo Almeida. Lister ended up competing for the American trials again two years later, being advised to do so by “Kid Peligro”. He won the trials, and proceeded to the finals, again losing in his second fight (this time to Xande Ribeiro). By a stroke of luck, he was called the following day to fight in the open weight due to an injury of one of the fighters that were due to fight. Surprisingly for most people in the audience, Lister ended up winning the tournament submitting 3 of his 4 opponents.

His MMA career flourished after the exposure given by ADCC. Dean Lister went on to fight in the world’s biggest organizations, Pride FC and the Ultimate Fighting Championship (UFC). He also became an important coach, with experience training professional MMA fighters like Tito Ortiz. Dean was on the Ultimate Fighter series 7 (TUF7) as a grappling coach for Team Ortiz. 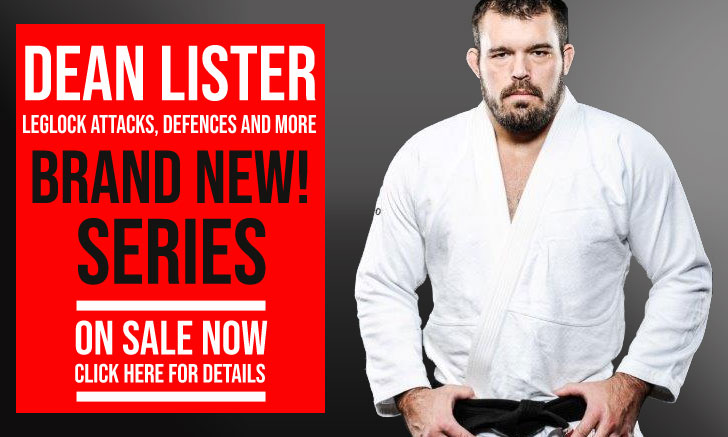